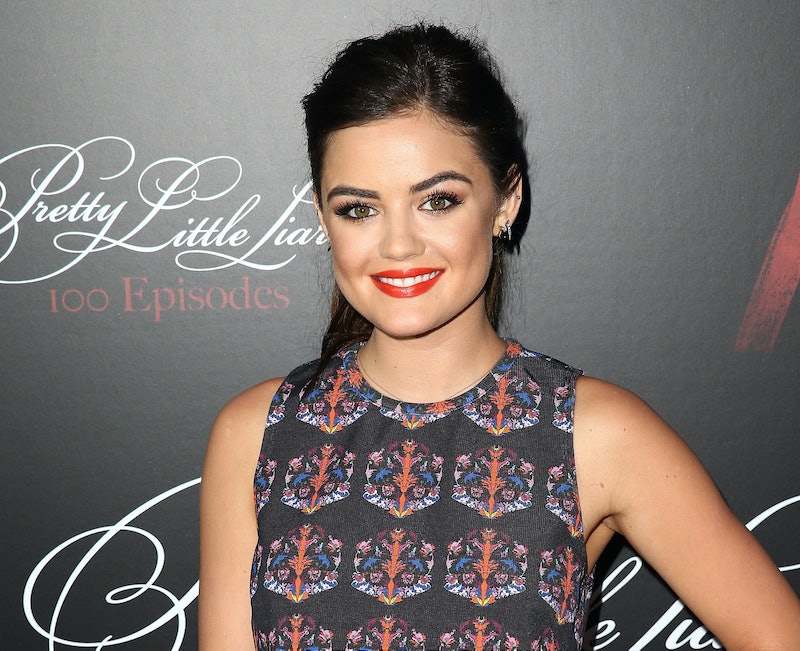 Even though I am a 23 year-old lady, I am inordinately obsessed with all things Pretty Little Liars — especially the clothes. I've been known to spend hours waxing poetic about the weekly outfits, I've written way too in-depth "how-to" guides on Aria and Spencer's personal style — heck, I've even been known to stalk Ashley Benson's Instagram account (though thankfully, not Ashley Benson herself, or else she might have gotten a restraining order on me) for vacation style inspiration re: her Hawaii trip with Shay Mitchell.

Yes, I spend a good deal more time thinking about Pretty Little Liars than a self-respecting woman my age generally should... which is why I am contemplating setting foot into pre-teen hub Aeropostale for the first time since tenth grade.

The show's costume designer, Mandi Line, has designed another collection for Aeropostale, and by her own admission, it's her "favorite so far." Seeing as her past collaborations have been pretty darn cute, that's really saying something. And you know what? After giving the new looks a quick peek, I have to say I agree — this might just be her best yet. Hopefully, we'll be seeing more and more of Line's designs — she did express interest in designing Mona and Ali-inspired clothes, which is definitely something to look forward to.

In the mean time, let's take a look at some of the chicest pieces from her new collection:

Hanna's look is pretty awesome in its entirety. The funky mixed prints look unexpectedly chic together. Though I have to say, I was expecting something more along the lines a rock 'n roll-inspired tank top paired with ripped jeans and jet-black highlights (or rather, lowlights), given Hanna's recent makeover — maybe that'll be in the next collection.

A cute staple, and great for layering. I generally require a bit more support, but this is sure to look adorable under a summery sundress for those of the smaller-bosom.

The Spencer-inspired look is quite cute, too — though you're a braver soul than me if you're thinking of wearing her 'S'-inscribed short-sleeved sweater. The slim-fitting plaid and circle skirt look especially cute together, though I'm sure they'd both also go great solo.

As with Spencer's 'S' sweater (and most of Emily's look, which included a moody shirt inscribed with the words "Get Lost" and sequined sweatpants), I'm a little scared of the plaid leggings, but I know that some adventurous folks will be able to rock them with aplomb.

What do you think? Considering buying one (or more) of the items? Personally, I might just be sold on Aria's collared shirt/studded sweater combo...