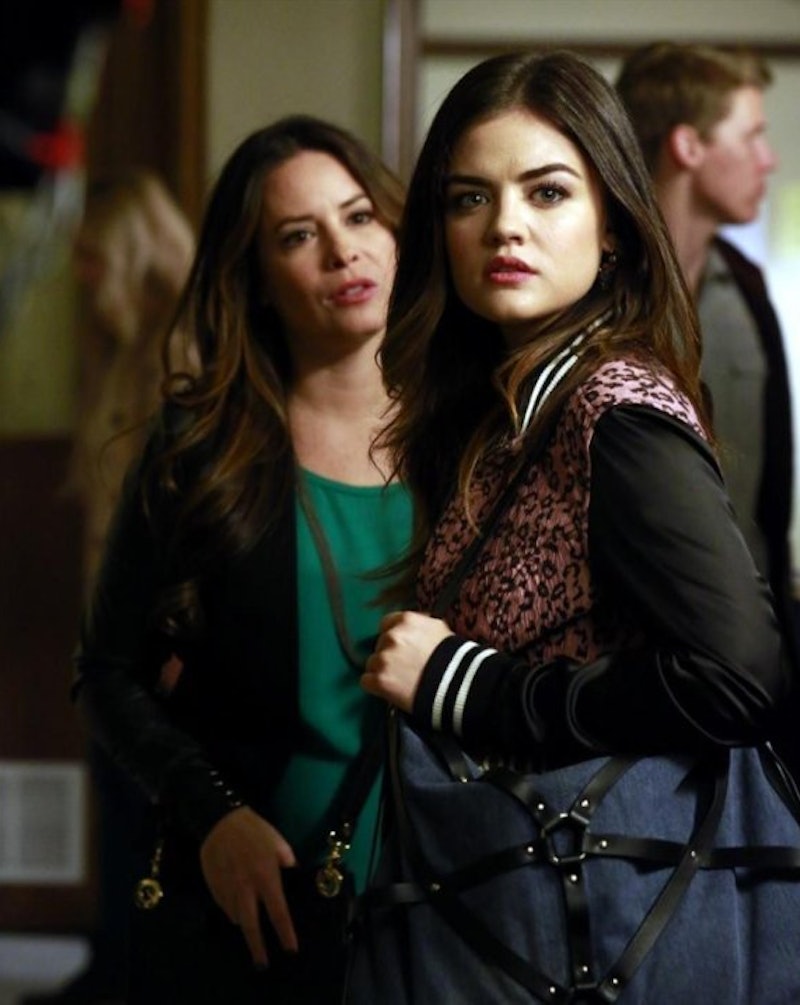 Okay, things got tense this week, even by Rosewood standards.

I mean, there were no actual explosions a la the 100th episode a couple of weeks back, but there were plenty of metaphorical explosions (and implosions). I mean, Emily vs. Sydney was pretty darn explosive, as was the Brant vs. Spencer situation, and the whole Ella/Zack thing? An implosion if ever there was one.

It was certainly an episode of highs and lows; an episode where emotions ran the gamut from violent screaming matches in secluded cabins to tearful reconciliations in bachelor pads. The show brought its A-game this week (no pun intended, really — they're all already up to their ears in 'A' puns).

Fortunately for those of us who follow all things PLL fashion (from website launches to capsule collections), the style rose to the occasion accordingly. There were some definite highs (I'm thinking Aria's delicate pink leopard print bomber jacket) and lows (such as Emily's mom-ish flowy white cardigan) in this week's fashion sector as well. Basically, there was a lot going on in "March of Crimes" style-wise — so let's take a quick look at some of the best looks in the episode, countdown style!

Ali sure stepped it up this week: Her intricately criss-crossed studded blouse (and its accompanying hot pink blazer) was chic as chic can be.

I wasn't actually a huge fan of the look, but it bore mentioning: Who in the world gets a distressed denim jacket then decals it with the name of their town on the back?!

Her royal blue v-neck dress and structured black jacket made for a perfect knocking-Sydney-down-a-peg outfit. Because if you're going to threaten someone using disturbingly intricate language, you should do it dressed right.

It really doesn't get much better than a optical illusion-like striped skirt paired with a rose-printed T-shirt and black lace-up boots, does it?

WTF, Noel Kahn? Who does that?