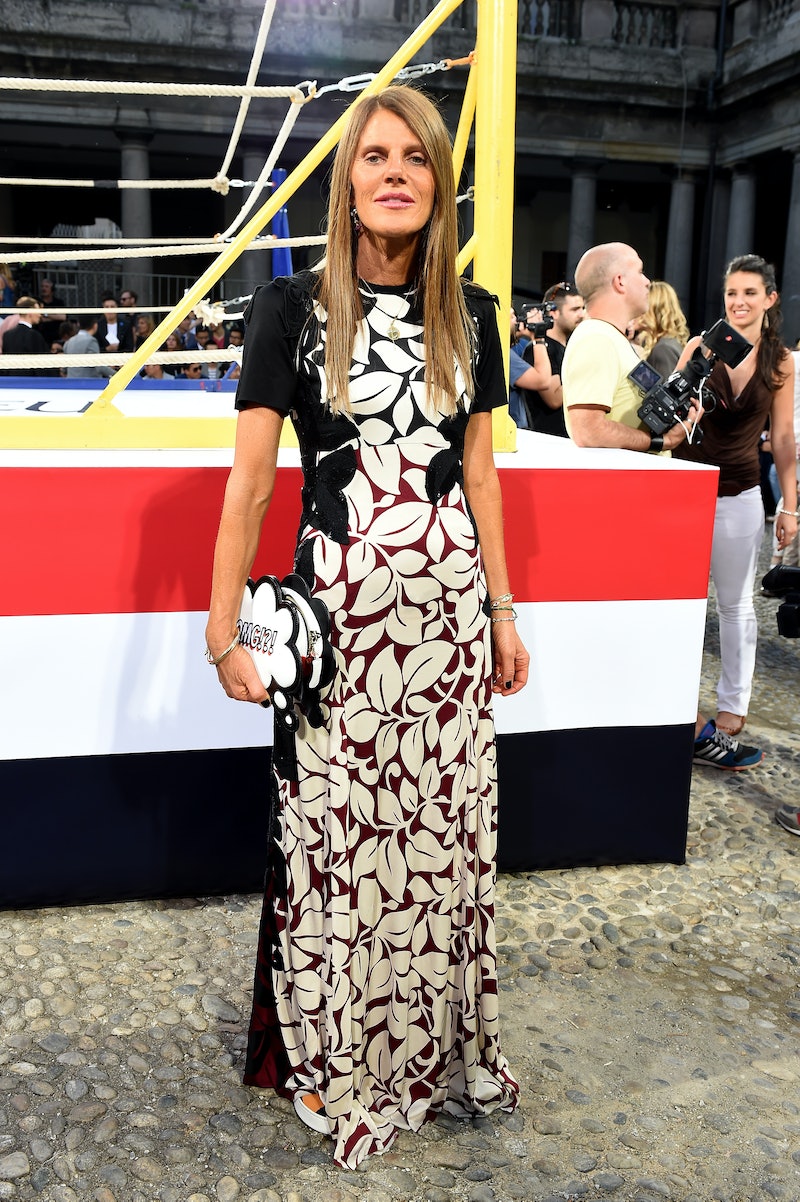 When will celebrities and other rich white people finally stop with the cultural appropriation? There's something about money that just makes some individuals so out of touch with reality that the rest of us can only be embarrassed for them. To add to the SMH tally, Anna Dello Russo wore a Native American headdress to Ibiza.

On her recent trip, Dello Russo Instagrammed a few photos of herself wearing a so-called Ibiza hat, a Balenciaga dress, and Celine shoes. "What's an Ibiza hat?" you're probably wondering. According to Anna Dello Russo, the editor-at-large for Vogue Japan, that's the #fashion name for a Native American headdress one wears while frolicking poolside during a sunset on an island off of Spain. Talk about a gigantic facepalm.

Have we learned NOTHING from Khloe Kardashian and the countless Coachella attendees who have been criticized for shamelessly appropriating another culture's traditional garb in order to look "cool"? This has to stop. I sincerely hope Anna Dello Russo was smoking a lot of peyote that day, because it's the only excuse I can think of for deciding to pose in a headdress and then refer to said headdress as an "Ibiza hat" on social media.

When are people going to stop acting as if other cultures are simply there for us to dip our toes in for some fashion fun once in a while and then promptly forget about once we've removed our "Ibiza hats" and gone on our merry way? Wearing a Native American headdress when you yourself have no connection to Native American culture or history is disrespectful, to say the least. Calling a headdress an "Ibiza hat" is not "cheeky" but unbelievably dismissive of the Native American tradition. Check yourself before you hit "post" next time, Anna Dello Russo.