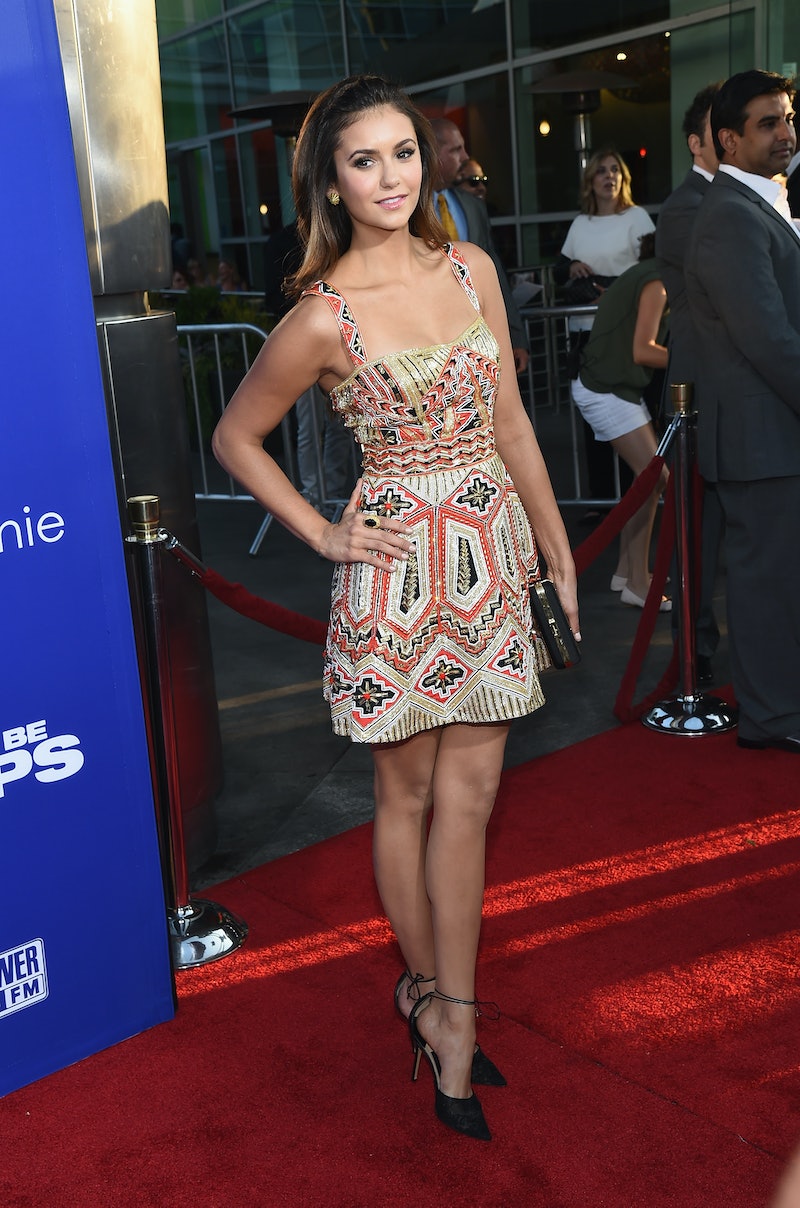 Not that I’m opposed in any way to vampire-centric TV shows, books, or movies (I’ve read and watched all the Twilight novels and films, for Pete’s sake), but I’ve just never gotten into the whole The Vampire Diaries thing. Which means, for a long time, I was sadly left off the Nina Dobrev–loving bandwagon. But over the years, I’ve discovered that there’s a lot to love about the female lead in the soon-to-be-released comedy Let’s Be Cops .

First — simply leaving out the fact that she’s absolutely gorgeous because, well, that much is obvious — the star has really great taste in men. (I mean, aren't we all still pining for her to get back together with Vampire Diaries co-star Ian Somerhalder?)

And when she’s not dating hotties like Somerhalder, the actress maintains a hilarious sense of humor about the many “Is she, isn’t she?” dating rumors that surface, the most recent of which have her pegged as Orlando Bloom's new girlfriend. If you don't believe me, just sneak a peek at Dobrev's funny Instagram posts.

And last, but certainly not least, is the brunette beauty’s stunning sense of style, which she’s been showing off exhaustively this week on the Let’s Be Cops promo tour. The most recent example: Her fierce Zuhair Murad dress at the Los Angeles premiere, which had her looking everything from bold and beautiful to sweet and sexy.

Sporting an Aztec-printed, fit-and-flare dress, Dobrev's look is certainly eye-catching, thanks to its array of hues and incredible beaded embellishments. And though the voluminous, flared skirt provides some flirt and flounce to make the ensemble pretty and playful, it's bustier top is giving the star, well, a major boost when it comes to seriously seductive cleavage.

Topping off the look with a head full of swept-back, cascading waves; her signature smoky eye; a gilded cocktail ring and matching clutch; and a pair of pointy, ankle-strap heels, Dobrev managed to balance out her ensemble like a fashion pro, making that statement dress the true star of the show.

So even though no one can be quite sure who — if anyone — the actress is dating at the moment, just one glance at this sultry-sweet premiere look is enough to prove exactly why half the guys in Hollywood should be fawning over Dobrev right this second.