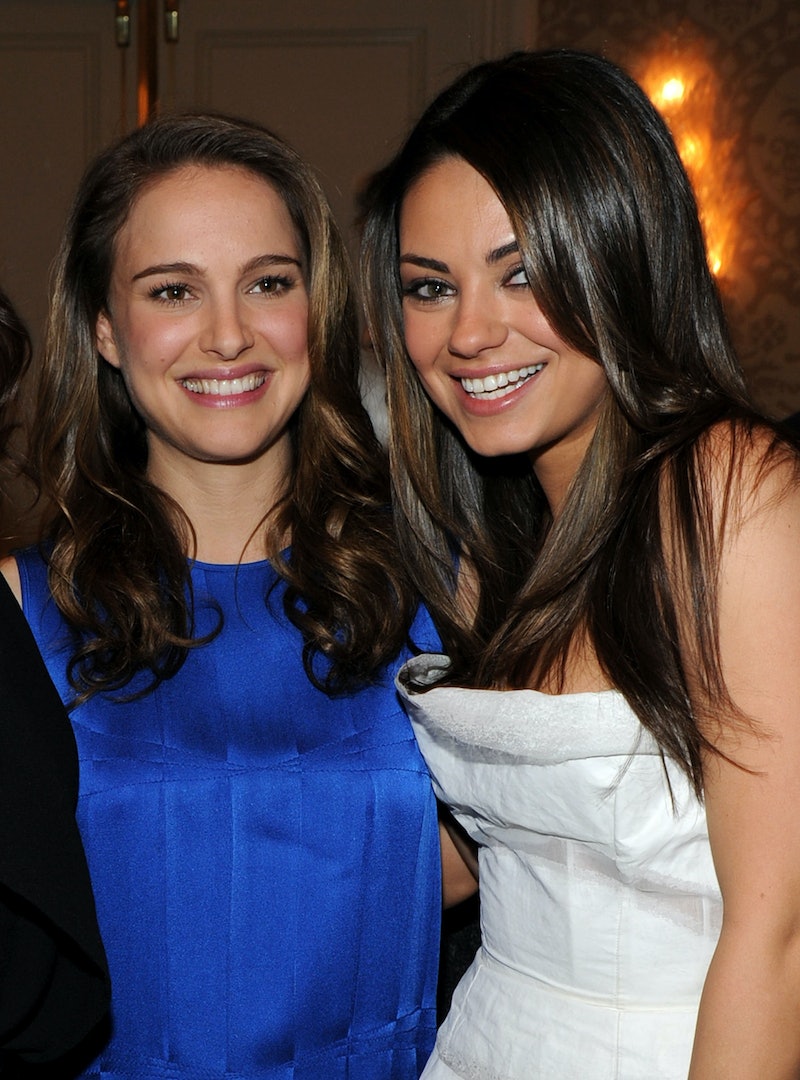 I love my Jewish heritage. Sure, I appreciate that I get to stuff my face with challah bread during every holiday, but there are plenty of other reasons I love being a member of the tribe. After all, so many of the cool people I look up to are Jewish (see: Sarah Silverman, B.J. Novak, Natalie Portman), and our history of perseverance and creativity makes this a heritage to be more than just a little proud of. Whether you keep kosher or you simply identify as culturally Jewish, there's no getting around it: being Jewish is more than a religion — it's an ethnicity.

And being a Jewish woman? Well, that's its own animal. Because while being a Jewish girl certainly has its perks, it also has its downsides. The Jewish guilt our mothers instilled in us is so engrained in our minds that we can’t possibly pay full price for a leather jacket or forget to call them when we said we would. Our hair has a definite mind of its own, and we were bred to find a Nice Jewish Boy long before we could chew our potato latkes.

So what is it really like to be Jewish girl? Well, I can say there are some things only we can truly understand. Things like...

you remember your first chi straightener

And how it changed your life forever.

...and feeling jealous of your friends with straight hair

*Insert eye-roll* when they would complain about their "boring," straight hair.

you probably tried dying your hair blonde at some point

Chances are, that was a mistake.

but these days, you've either learned to love your natural hair...

...or you get keratin treatments

when you asked for bangs, your hairdresser really should have warned you

and a pixie cut is pretty much out of the question

It's hard not to pine for Michelle Williams' adorable pixie cut, but unfortunately, your hair doesn't play that way.

plus, chances are you don't exactly have 'pixie features'

no, not all of us have strong noses

but if you do, you might have gone through a period of self-consciousness about it

That Glee episode meant something to you.

Because everyone knows we're hot.

Natalie Portman is our queen. We endlessly brag that she was born in Israel, went to Harvard, guest lectured at Columbia, and cowrote two research papers. Girl is a genius and she can act.

Not only is Mila Kunis Jewish, but she's also Ukrainian. Holla USSR Jews!

Daughter of rock-god and half-Jew, we are insanely jealous of Zoe Kravitz's sexy genes.

We heart Kat Dennings for her brazenness, her embracement of the awkward, and her chutzpah.

so, what's our secret?

well, jewish hotness is all about good looks + that distinct intelligence behind the eyes

...though finding a pair of jeans is harder for you than most white girls

Our anaconda don't want none unless you got bagels and cream cheese, hon. Sir Mix-A-Lot must have also been talking about Jewish girls, because we've got our fair share of big butts, hips, and thighs.

back in middle school, you probably had (or wanted) this tee shirt from urban outfitters

either way, you love a good pun

You can't help it, you were born this way.

as well as a good nosh

And if you're hungry, you will start kvetching.

thanks to all those Bar Mitzvahs, you know how to do the macarena like a boss

you're also a limbo pro, and know all the words to 'Mambo No. 5'

And these are very, very important skills.

and yes, you hooked up on birthright

So many hotties, so little time.

Christmas is actually a super relaxing time for you

You get to take advantage of all the empty spas, Chinese food (obviously), and not having to deal with strewn about wrapping paper.

and when you were a kid, you felt mature for knowing that Santa wasn't real

...though you probably accidentally ruined it for your goy friends

They hated you forever, but what can you say. The truth hurts.

Okay, technically you're not supposed to. But you probably eat it anyway because bacon is delicious. It depends if you keep kosher — you can be Jewish and eat bacon.

Again, depends how religious you are.

whenever you have dinner at your parents', your mom makes you take home half the food

You have a fridge full of cabbage, beet salad, half a chicken, and matzo ball soup that will last you two weeks.

you've heard 'you’re too skinny!' and 'are you going to the gym?' within the same week

Jewish moms have no filter.

oh, and speaking of your mother...

have you called her recently?

because if don’t call her at least once a week, you’ll be in deep sh*t

You're going to talk to your mother and you're going to like it. She wants to know what you're up to (are they paying you enough at your job, how much money are you making now, are you putting money away in savings, when are you going to give me a grandkid because you know, I'm going to die soon. Are you buying yourself good food?), and she's always very, very excited. And vocal.

yes, your mom calls you explicitly just to gossip

So, which one of your friends got a new job? Are they paying her more that they're paying you? Who went back to med school? Did your brother call you? What did he say? Did he say anything he didn't tell me?

and whenever you're having romantic problems, she suggests JDate

yes, you’ve probably been set up on a date with a Nice Jewish Boy

And it was SO AWKWARD.

if you’re dating a goy, you know your parents have opinions

Hopefully, they can deal.

but when you date a non-Jew and they get weird about gefilte fish?

And you're all, GTFO, because you're not about to date some loser who hates Jewish food.

on the other hand, dating jewish men drives you a little crazy, too

I mean, how many times a day must a man call his mother? And let's not get started about that time he thought the flu was meningitis and forced you to take him to urgent care.

but when you learn a new friend is jewish:

It all makes sense now.

you firmly believe that if something bad can happen, then it will happen

Aside from your bone structure and body type, you also inherited anxiety from your mom.

because that jewish guilt and superstition is a real thing

you've been told that you're high-maintenance

and sometimes, your parents call you a JAP when you're being bitchy

but you prefer to think of it as being a strong, independent woman

it's called being complex

Sure, we can be bitchy just like everyone else, but more often, we're just women who come from other opinionated, strong matriarchs.

don't hate us because we're hot, smart, funny, and opinionated

because that's kind of our thing.

More like this
21 Galentine’s Day Memes To Celebrate Your Best Friends
By Meghan Bassett and Mia Mercado
23 Super Sweet Things To Write In A Valentine's Day Card
By Karen Belz and Lexi Inks
5 Signs You Have A Toxic Relationship With Yourself
By Lexi Inks
50 Valentine’s Day Instagram Captions To Post If You’re Single
By Jessica Booth, Lexi Inks and Carolyn Steber
Get Even More From Bustle — Sign Up For The Newsletter
From hair trends to relationship advice, our daily newsletter has everything you need to sound like a person who’s on TikTok, even if you aren’t.