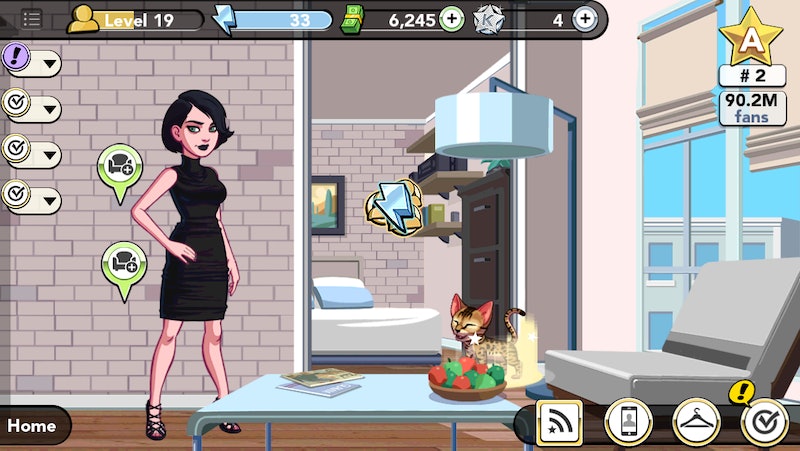 As anyone who plays Kim Kardashian: Hollywood will tell you, lightning bolts are your avatar's life blood. If you want to make it in this town, kid, you need bolts. In each of the game's locations, there are multiple inanimate objects and animals that conceal lightning bolt-shaped energy pellets (and dollars and gold coins, but who cares about those, amirite?). Once you identify the bolt-concealers and collect your bounty, you can count on the bolt-concealers to recharge again after a few minutes and BAM! Collect all over again. Just memorize every spot where the energy might be hiding and you're good as bolt, er, gold.

Up until a few days ago, I was confident I'd found every item that'll spew up lightning bolts in the game. That changed when someone told me they'd heard there was a fourth lightning bolt item in Downtown L.A.

There can't possibly be four in Downtown L.A., I thought. I've only found three, and I play this game hou— I'm going to cut that thought off right there because I probably shouldn't admit how much I play this game.

As skeptical as I was, I would not write this off. Instead, I went on my DTLA bolt hunt.

The pigeon and the newspaper stand are bolt-concealers #1 and #2:

Ugh, but anyone who's played the game more than five minutes is familiar with that trio. Where is this alleged fourth treasure trove?

I've clicked the "FOR RENT" sign, the So Chic sign, the duLUXE sign, the shrub, and the traffic light at least 75 times. Each. I've clicked everything. And every time, I walk away empty handed.

NONE OF THE SO CHIC MANNEQUINS JUMP. What about the register?

JUST A HEAPING PLATE OF NOTHING.

The same can be said about my DTLA apartment.

Give up yet? Because I did. I conducted a quick web search and found my answer: The fourth clickable item in Downtown L.A. that'll hit you with some blue goodness (that sounds gross. Sorry) isn't included in the $2 bus fare. You have to shell out a hefty 20 K stars for it.

Yes, Charli the cat is the elusive chanteuse, er, fourth thing that’ll give you lightning bolts.

(I guess that makes me a jerkwad of a pet owner.)

There has to be another five-minute recharger out there somewhere, right? I guess I'll keep clicking on that lamp until it bounces.