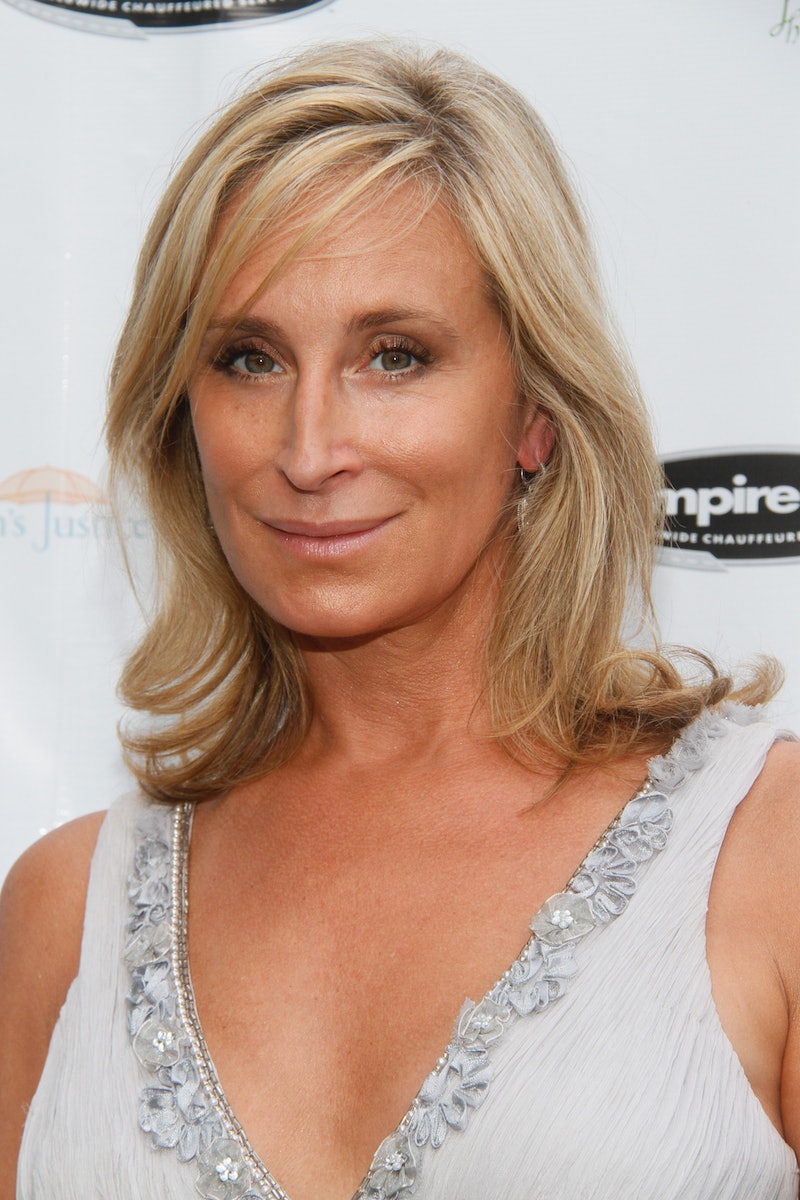 Sonja Morgan, she of the sexy J, had an eventful season of Real Housewives of New York City . It was enough to test her friendships with Ramona Singer and LuAnn de Lesseps and led to her forming a new friendship with Public Enemy No. 1 Aviva "Leg-Swinger" Drescher. While many of her costars lambasted Sonja for being "deeeee-lu-sion-allll" or not confronting the realities of her financial situation, Sonja's managed to make it through, and she's still popular with fans, who routinely pick her as a favorite RHONY. So will fan-favorite Sonja return for Season 7?

If the series itself manages to make it to Season 7, there's almost no doubt Sonja will be asked back. She's fun, she's funny, she's a little bit dangerous, and she brings her own free labor. There are even a few places, including Breathecast, reporting that Sonja is so popular that she's the only Housewife who will be returning and is actually the casting director for Season 7. Okay, that sounds a little extreme. The person who "leaked" that tidbit is probably an overworked intern on Team Sonja. But Sonja is no doubt very popular, and Bravo could be scouting her friend circle for the next batch of Housewives.

Honestly, while the show has sometimes shown an unflattering side of Sonja, it's always ended up on her side. Sure, she sometimes gets a little too aggressive or takes her partying too far. But she had to have worked with producers to orchestrate that weird, fake Harry Dubin/LuAnn love triangle, and if she hadn't been roundly called out on it by Heather, Carole, and a very offended LuAnn, she would have gotten away with it, too.

Could that be why Sonja supposedly wants to "revamp" the cast? Old pal Ramona isn't quite confident that she'll be able to shake off this divorce, new pal Kristen sends notorious a-hole but solid businessman Josh after her to expose how flimsy her businesses are? But while I fully support another season full of Sonja Tremont Morgan and her accompanying battiness, if she surrounds herself with sycophants who just listen to everything she says and take it at face value, it'll turn into Grey Gardens for real. RHONY thrives on the mix of the practical and the crazy. LuAnn/Jill Zarin. Bethenny Frankel/Alex McCord. Kelly Killoren Bensimon, who was crazy and rational all mixed into one. We need a Carole or Heather to thin out the insanity every once in a while.

But if Sonja really is casting her BFFs as the new Real Housewives of New York, can we please get Pickles in the cast? Or at least as a recurring friend of? It's the least Sonja can do to pay her back for making her live in that filthy townhouse without any hot water. Her tagline could be something like, "I ate pickles one time and now everybody calls me Pickles even though I have a normal name and it's Naomi. Hire me, please."