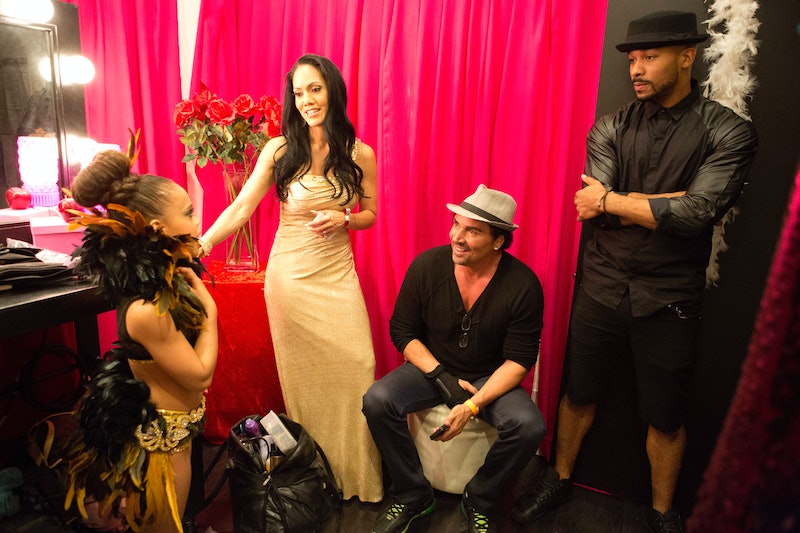 If you think you've seen little glimpses of Beyoncé-esque behavior coming from Raising Asia's Asia Monet Ray, it's probably because she's being taught by one of Yoncé's right hand men. On the Lifetime docuseries Raising Asia , choreographer Anthony Burrell is once again taking pure, raw talent and helping shape it into something incredible.

Now if the name Anthony Burrell sounds familiar to you in any way, it's probably because he's appeared on numerous TV shows, concert specials, and movies, among other things. You've definitely seen him at least once before. For starters, he has not only choreographed material for Beyoncé and Destiny's Child, but he's also taught a few other big name musicians how to shake their groove thangs. Now he's decided to take young Asia Monet Ray under his wing and impart his years of industry knowledge onto her, with the help of Asia's mother Kristie Ray, father Shawn Ray, and manager Billy Hufsey. Thanks to the show, viewers can witness for themselves that not all of the adults in Asia's life see eye to eye on how to manage her career, but just check out a few reasons that make Burrell more than qualified to have an opinion.

On Burrell's Facebook, he lists Beyoncé, Destiny's Child, Rihanna, Katy Perry, Mary J. Blige, Kelly Rowland, Brandy, and Ke$ha as "a few" names of some celebrities he's choreographed or danced for. If he's got the Yoncé seal of approval, then I trust him. He actually choreographed two videos from her most recent self-titled album, Beyoncé.

HE'S GOT A DAUGHTER OF HIS OWN

I'm sure after a year or two of knowing Asia that she has become like a second daughter to him. He definitely has her best interests at heart, and knows how to be a good father to his own daughter, so he can use some of his fatherly intuition to help guide Asia.

Check out Anthony's Season 7 So You Think You Can Dance audition and tell me he wasn't born to be a star.

Look at some of his original choreography being performed by these dancers and tell me you're not impressed. I dare you!

It's pretty clear Asia Monet Ray is shooting for the stars, and with the help of somebody like Anthony Burrell, she's almost guaranteed to make it there with style.

More like this
Jason Derulo Is Launching A New Singing Show In The UK
By Maxine Harrison
Everything To Remember About Lace Morris Before 'Bachelor In Paradise' Season 8
By Grace Wehniainen
Bachelorette Gabby Kissed Her New Fiancé On 'Dancing With The Stars'
By Jake Viswanath
Where Is Former Bachelor Host Chris Harrison Now & What Is His Net Worth?
By Hugh McIntyre
Get Even More From Bustle — Sign Up For The Newsletter