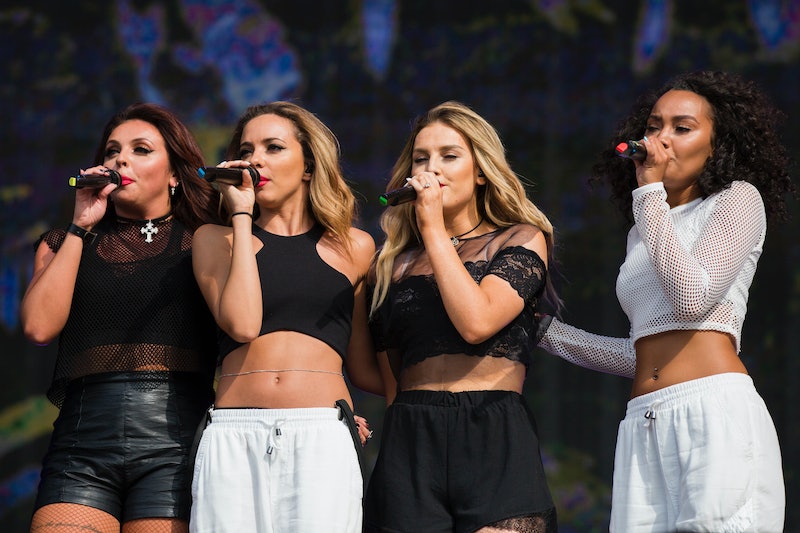 Ever since the Spice Girls, we've been in desperate need of a new girl group. Luckily, there are two rising in popularity lately: Little Mix and Fifth Harmony. And fun fact, both of them consider the Spice Girls an inspiration. While this is great news, there is a slight downside. It's sometimes tricky to tell these two apart. But don't worry, I've decided to break down the differences, so you won't make the mistake of mixing them up ever again.

First, let's start with how similar these two groups actually are. Both formed thanks to a little show (OK, a huge show) called The X Factor. A key difference? Little Mix was on the UK version and 5H is from the states. Also, unfortunately for the latter, they didn't win the show. But I mean, the Fifth Harmony girls are still winners, since they're successful now and nominated for a VMA. Another similarity is that they're both signed to Simon Cowell's record label, Syco Music. They also share an affinity for girl power anthems. So basically you can't go wrong with listening to either of their songs. Oh, and both of them joined Demi Lovato on her Neon Lights Tour this year.

Besides these obvious similarities, there are plenty of other differences. It's like mixing up One Direction and 5SOS. Or a more familiar analogy, Backstreet Boys and *NSYNC. As all '90s girls know, they are very different. So let's break it down:

In case you need a recap, I created this handy venn diagram. Print out a copy and refer to it whenever necessary: