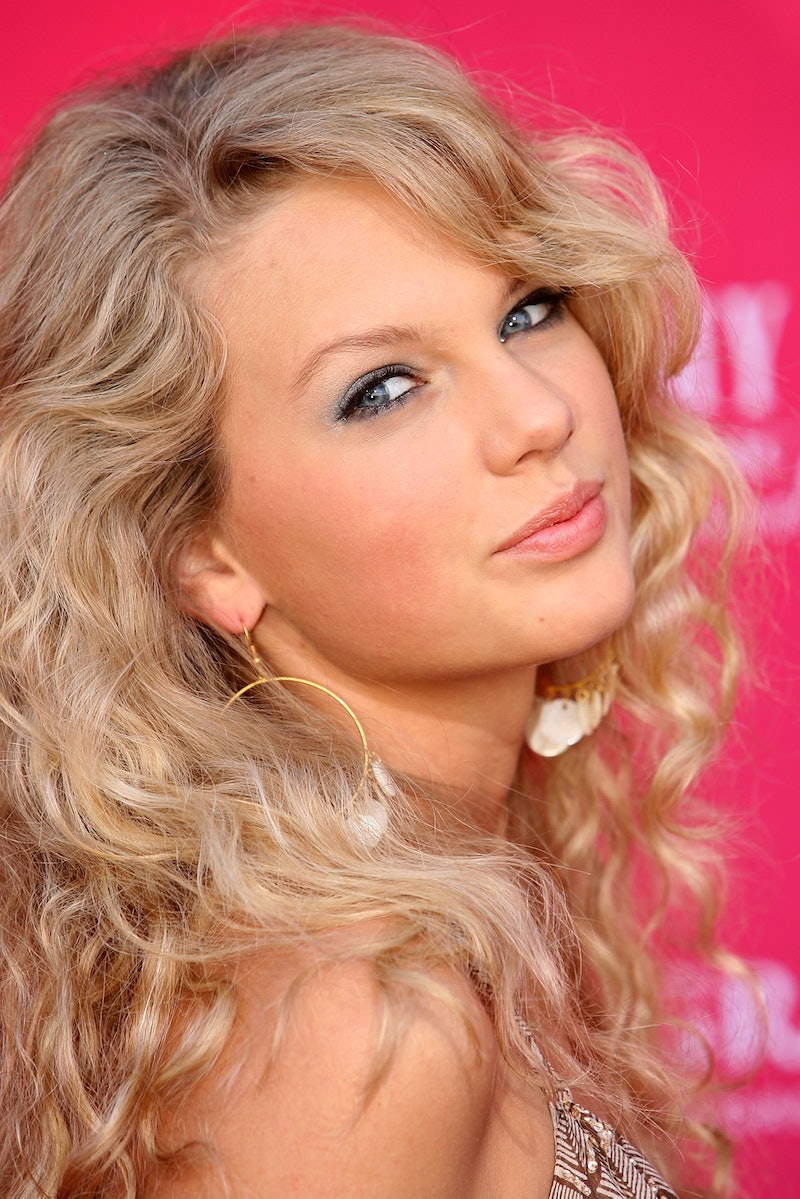 The evolution of Taylor Swift's hair is a very short, but sweet road. The newly claimed pop star got her start in country music and at that time her hair was very reflective of the genre she was focused on. Her adorable ringlet curls became synonymous with her name and prompted the question "how does she make her curls look so effortless?". As time went on Swift began to play around with other hairstyles, eventually taking that full head of curls into new territory when she began straightening her bangs and transforming the ringlets into soft waves. But, the new hairstyles wouldn't stop there.

Over the years fans have watched Swift move from teenage country gal, to a 20-something modern country star, and eventually to a full on pop star. As her sound started to rapidly move more towards pop music and further away from country, Swift's hair began to change as well. Becoming a pop icon requires a lot of style changing and Swift seems to have her finger firmly set on the pulse of fashion and beauty and how it relates directly to her business of art. Her hairstyle changes have become just as interesting as her ex-boyfriends and award show dance moves. As her music and personality evolves so does her hair. Each chapter of her life both personally and musically can be documented by hairstyle.

The timeline below will remind you just how strategic Taylor Swift's hair evolution really is.

It feels only slightly reminiscent of Avril Lavigne when we see a young Taylor Swift here playing her acoustic guitar set before she won everyone over with "Tear Drops on My Guitar".

Her perfect curls had the guys and the girls swooning. They quickly became one of the most notable things about her.

As her music gained notoriety, Swifty began to straighten her bangs showing a new subtle maturity.

She also tested out some boho inspired hair pieces.

She made those same hair accessories look elegant with diamonds too!

As she began to grow up in the spotlight, fans saw those staple ringlets turn into soft waves as Swift began to grow out her bangs and move towards a more grown up look.

... But she still rocked those diamond headbands like a pro.

8. BEFORE THE BIG CHANGE

This is what T Swift looked like before she decided to wave goodbye to her signature curls.

By the time her third album Speak Now was released Tayor was very slowly beginning to let go of her curls.

10. STRAIGHT TO THE POINT

She also introduced us to straight hair Swift.

And up do Swift.

When her last single "Mean" was released from Speak Now, Taylor was rocking the side braid.

The album RED placed Taylor Swift on the map in the world of pop music and it came along with a massive change in style both musically and physically for the young singer and songwriter.

14. NOTHING SHORT OF TROUBLE

When the music video for "I Knew You Were Trouble" hit YouTube, fans freaked out over the rebellious Taylor Swift transformation.

We saw another glimpse of her short locks when she accepted her award for Best Female Video for "I Knew You Were Trouble" at the 2013 MTV Video Music Awards.

As the success of her RED album and tour continued, Taylor Swift allowed her long hair and blunt bangs to flow freely.

She still showed off an impeccable up do around this time too!

Coming off her long train of success with RED, Swift began to let her bangs and hair length grow out, hinting towards a new evolution in her hair styling efforts.

Eventually that look began to grow out too and we wondered, what would Taylor Swift do next?

She got a nice trim, straightened it out and announced to the world that she was officially making her move from country to pop star, and I have to say, it looks good on her.