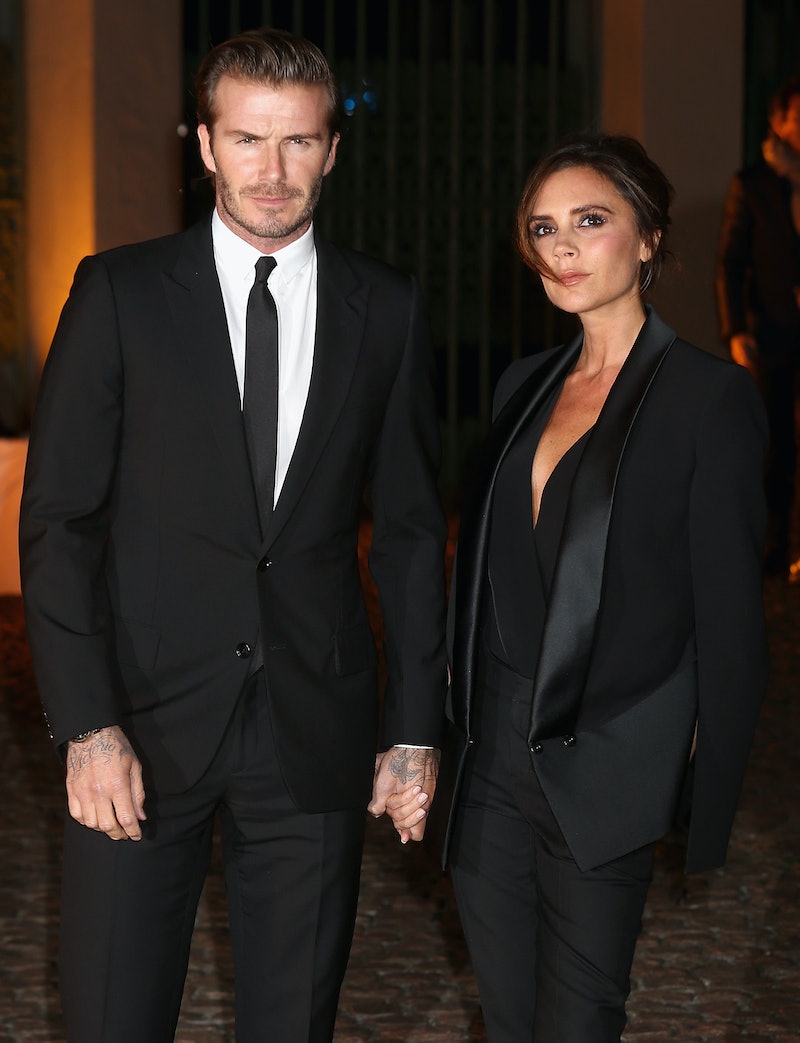 YES, OK, I'm still obsessed with Kim Kardashian's iPhone game. Duh. So naturally I was excited on Thursday afternoon when I noticed that there was yet another new Kim Kardashian: Hollywood update. Travel to Australia? How exciting! What's not so exciting, as I later learned, is that being famous just got that much harder because there are two new villains in KK:H and they're totally based on The Beckhams. Yes, those Beckhams, David and Victoria, the nearly royal British power couple that you know and love. And while we painfully analyzed who Willow Pape is based on, it's now time to wonder why the Beckhams are also villains that try to ruin our careers. Is this a throwing shade situation because Victoria Beckham allegedly refused to design Kim Kardashian's wedding gown back in May?

At first, when I saw the update, I thought Chad Dylan Parker and Crystal Fetch were supposed to be something to aspire to. (The update also includes a "Top Couples" list that Simon and Maria task you with reaching the top of.) Chad and Crystal are KK:H's power couple, apparently — they're famous and everyone loves them — so, it'd make sense that your goal would be to have a relationship as great as theirs, right?

How rude, right? If you want to tear me down, that's fine, but don't drag my date into this. I didn't realize until much later how blatantly familiar this couple looked — the angled, razored bob haircut and the perfect facial hair, both dressed in sophisticated, yet stylish, outfits? It totally had to be the Beckhams and I wasn't the only one that realized — players took to Twitter to announce their revelations as well:

But why? Even though we know Kim and Paris Hilton aren't feuding anymore, we could all understand why Willow Pape might've been based on her, but the Beckhams? Really? Apparently it's not so hard to believe, considering Victoria Beckham allegedly dissed Kim big time when the GQ Woman of the Year came to her looking for a wedding dress design. First, Victoria refused to even meet with Kim, according to sources, because she was "too busy" and she "doesn't really do wedding dresses." But then, the real truth came out — according to sources that spoke to the London Evening Standard, the designer "doesn't want to be dragged down into the world of reality stars" because she already has A-list and royal clients.

That's a #burn that totally explains why Posh and Becks — I mean, Chad and Crystal said this about me in the game:

So, does Kim think the Beckhams are a bunch of haters? Not to sound extreme, but their likenesses are a bunch of assholes in KK:H that think I'm a talentless hack who doesn't work hard. (I DO WORK HARD, for the record. BEING FAMOUS IS HARD.) There's no way that this is a total coincidence, unless Kim thinks we're all really stupid and wouldn't catch how much these characters look like Beckhams.