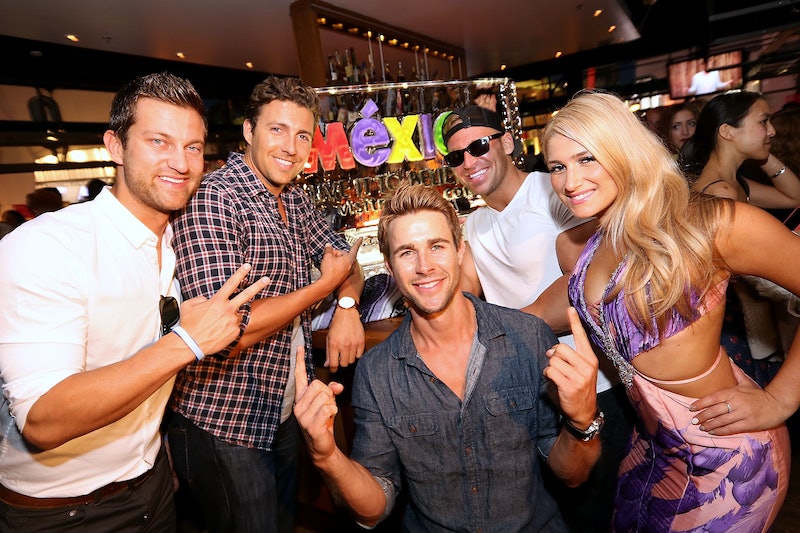 Bachelor in Paradise has had an explosive first season, and now as it winds down, seven two-hour episodes just doesn't feel like enough. So, can we expect Season 2? Absolutely. Just this morning, ABC announced the Bachelor in Paradise Season 2 renewal, so we can expect a second season sometime next year after the cycles of 2015 Bachelor and Bachelorette. In an interview with TV Guide, Chris Harrison says he also wants to put some kind of Bachelor in Paradise reunion special together. But now that we know there's a Season 2, when will Bachelor in Paradise actually come back?

More likely than not, it will follow the summer iteration of The Bachelorette, which will inevitably be whoever Chris Soules rejects on his Winter 2015 Bachelor season. We're probably looking at another August premiere for Bachelor in Paradise. And that reunion special isn't looking too likely either. Dancing with the Stars premieres the Monday after the BiP finale airs, so there isn't much time for the special to materialize now… unless they take a break and bring back the couples a few months later, when ABC has space on the schedule after their packed fall slate premieres. Just imagine spending the holidays with Marcus and Lacy. That wouldn't be weird at all.

Of course, since I love BiP so much, a reunion would actually be amazing. It would give fans a chance to see if couples like Marcus and Lacy were able to make it work, and see if Clare is mad about all of her heartfelt monologues being edited so it looked like she was talking to raccoons every few minutes. And even if there isn't a reunion, ABC must be thrilled with the show in order to renew it so quickly. So that's good news. Major networks often save their renewal announcements for the spring, but they just couldn't wait to share the news about Bachelor in Paradise.

Hopefully, even with boring Chris Soules as Bach, they're able to stack the cast with beautiful, interesting women who are both serious about the show and a little weird — even if they're not the right fit for Chris, they'll be perfect to bring back to Paradise. The same holds true for whatever teary lady they choose for Bachelorette, and her cast of guys — don't go for sleazy dudes or boring ones, casting directors. It's far more fun to see a normal guy like Graham get wrapped up with a super-intense girl like AshLee or heart-on-his-sleeve Cody go for the more guarded Michelle. Great casting will liven up the main shows and make for what will hopefully be a great sophomore year for Paradise next summer.