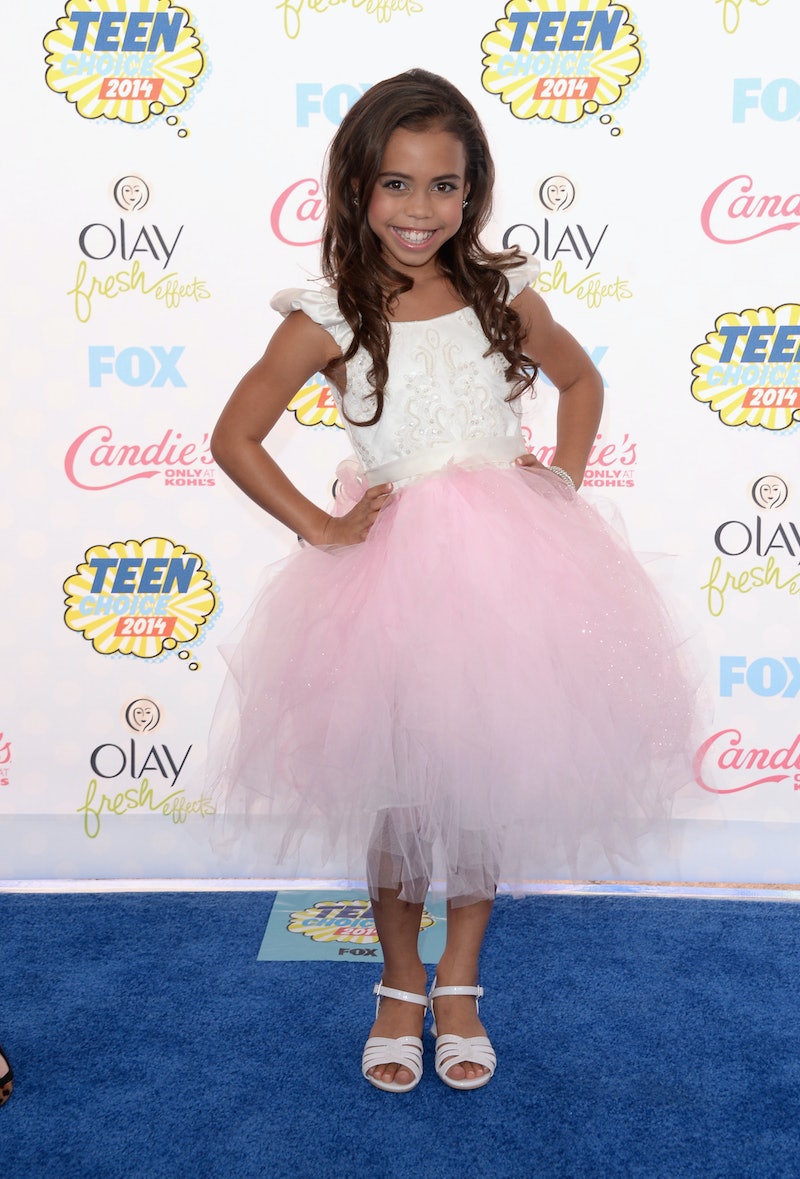 This season of Lifetime's new docuseries Raising Asia has been building to Asia Monet Ray's performance at Universal Citywalk and on Tuesday night, fans will finally get to see it. Despite tensions flaring between manager Billy Hufsey and choreographer Anthony Burrell, it seems like everything may just turn out the way everyone wants it to. But that doesn't mean there won't be a little bit of drama before the performance.

An exclusive clip from the season finale reveals that the road to this most recent Universal Citywalk performance has not been an easy one. Anthony has been working really hard with Asia over this entire season to prepare her for this show, stressing attention to detail, charisma, and showmanship. In the clip, the performance is just one day away and rehearsals with Asia and Anthony are a bit heated. Anthony is trying to be strict with Asia to make sure she hits her marks, nails every move, and stays with the music, but she pushes back a little when he tells her she's doing something wrong.

Shawn and Kristie, Asia's parents, are present, and with Shawn in a more involved role with Asia's career, he reminds her not to give Anthony attitude.

With Shawn there, Kristie has a lot of the pressure of overseeing Asia's career lifted off of her shoulders. She doesn't seem to be as tightly wound. Asia even mentions it at one point in the clip. "My mom is acting weird. She's like very calm," she says. "We should check her temperature."

Yet, the pressure alleviated from Kristie doesn't change the fact that Asia still has a lot of pressure on her. She's less than 10 years old and about to give one of the biggest performances of her entire life. Regardless of the situation, Asia always seems to keep a positive outlook and remain cheerful. She's a true performer.

Check out the clip to see how Asia and her team prepares for her big night.

Will the Citywalk performance be as effortless and easy as I hope? I'm not entirely sure. The season finale preview shows Kristie running around, yelling about Asia's microphone being broken, and just overall chaos. I'm crossing my fingers that everything will be OK in the end!