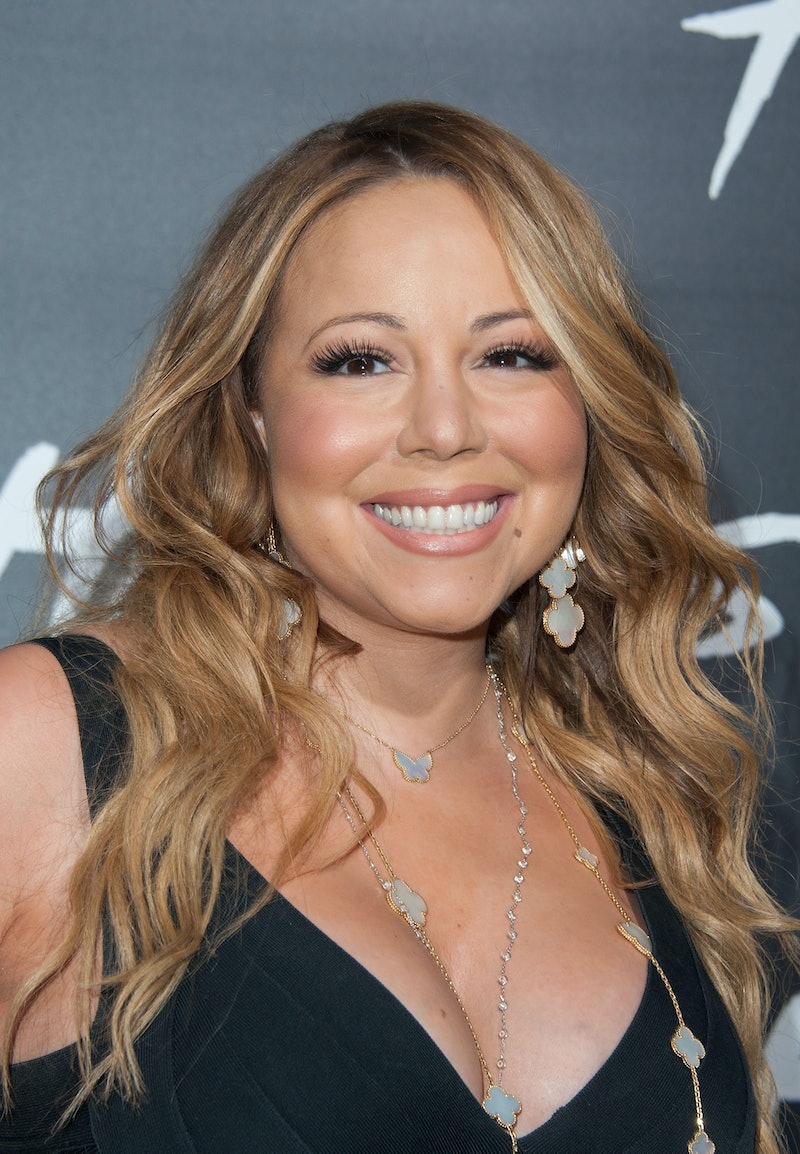 Amid reported divorce rumors and a lengthy Twitter rant by Nick Cannon, Mariah Carey seems to be hard at work on her upcoming Elusive Chanteuse tour. People reports that Carey has posted Instagram photos from a rehearsal for the tour, which People's Gillian Telling writes will be her first major world tour, which is skipping the U.S. completely, since 2006. Tragic as it is that the ever-Elusive Chanteuse will not be bringing her tour to the states AT ALL, it seems like her international fans have a lot to look forward to as she channels her energy towards connecting with her audiences on tour.

"I want to experience the spontaneity and emotion that I put into this album on stage with my fans," Carey said via her website, "I can't stop writing songs so don't be surprised if you hear a brand new song that I just wrote the night before the show in your city!" Carey's tour will probably keep her busy for quite a while, but if she actually writes a new song for every city she travels to, she'll have more than enough songs to bless us with comeback album, or if nothing else, a new single. At least on the outside, it's business as usual for Carey, so there's reason to believe she's primed and ready for a comeback and a brand-new multi-octave breakup song.

Here are a few things we can probably expect if Mariah Carey bestows upon us all the gift of a new single:

A sweet, nostalgic breakup ballad like "Always Be My Baby"

If one good thing is to come from the Cannon/Carey divorce, it will hopefully be a heartfelt breakup jam we can cry to when we're having a bad day.

Only if Jack McBrayer reprises his guest-starring role in the video.

I will never tire of the magic and wonder of Mariah Carey's 5-octave vocal range.

A radio-friendly jam could restore Mariah Carey to her to her former glory.