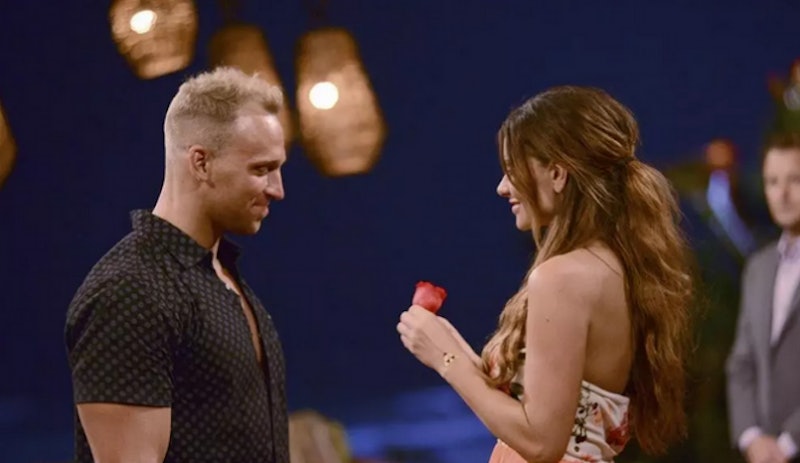 The only other couple to leave Bachelor in Paradise intact was the unlikely pairing of Michelle Money and Cody Sattler. They may not have gotten engaged like Lacy and Marcus did, but they're very much on the fast track to wedded bliss thanks to their crazy-in-love attitude."It's only gotten better since the show ended," Cody told Us Weekly of their relationship today. "It's going in the right direction, I can tell you that!"

And what direction is that? For Cody and Michelle it's a TV wedding with Bachelor alums in attendance. "It's so cool that people watched us fall in love, so I don't see why we wouldn't do something so people can continue the journey with us," Michelle said. Cody agreed saying, "I would love for people to see what happens with us."

Not to mention that ABC would foot the bill if they were to say "I do" on live TV. So if they did have a television wedding, who would go? At the past Bachelor and Bachelorette wedding ceremonies most of those in attendance are previous show contestants. The Bachelor Family is all pretty friendly with each other and ABC must know fans like to watch them all reunite. So which members of the Bachelor Family could we expect at Michelle and Cody's TV wedding?

Marcus' fiance has already been tapped by Michelle to be in her bridal party. "We've already talked about it," Michelle told Us Weekly. "We're so excited for one another."

Michelle and Graham go way back after bonding during a brief stint on Bachelor Pad 2. We're sure to see Graham show up to support Michelle, but I doubt AshLee would be his date.

Hey, if he hadn't given her his mercy rose on Bachelor in Paradise she never would have been around to meet Cody in the first place.

Michelle loves her and Cody thinks she's "one cool chica." This invite is a smart move because I'm sure she'd make any wedding a party just by showing up.

THE ENTIRE CAST OF ANDI'S SEASON

Those guys were the frattiest group I've ever seen. Sometimes they seemed to care more about each other than Andi. There's no doubt the whole gang will want to show up to cheer on Cody during his big day.

It's just not a Bachelor event if the host himself isn't there. Perhaps he can even marry the couple like he did for Ashley and J.P. Rosenbaum.

Sorry Michelle and Cody, you're not really married until your union is blessed by Bachelor couples of seasons past.