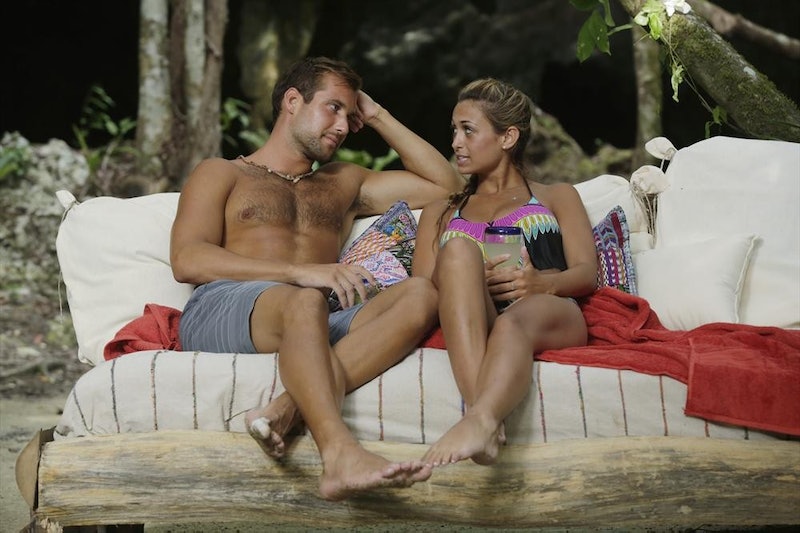 On Monday night's Bachelor in Paradise finale, Lacy Faddoul and Marcus Grodd finally got engaged. We knew it was coming all season, but it was still sweet to watch it play out. Yes, this couple may have only known each other for a few weeks (the first three episodes were shot in just nine days), but Lacy and Marcus are every bit as real a couple as any other Bachelor or Bachelorette pair.

The biggest test of a TV romance is if the couple stays together until the show finishes airing. That process has been the downfall of many a happy couple as they join the real world together and watch their TV selves play out on screen. But Marcus and Lacy passed the test with flying colors and are still engaged and planning their wedding today.

They have decided to wait a while before actually walking down the aisle, but are aiming for a spring wedding. Lacy told People that she's "been on Pinterest a lot" for inspiration and that Marcus sends her bridal magazines to keep the topic on her mind. But while wedding bells are in the future, in the present the couple is deciding to move in together. During the credits of the Bachelor in Paradise finale, it was announced that the couple has decided to shack up in Marcus' home in Dallas.

It's a smart move for the couple to move in because continued distance is usually what hurts a Bachelor couple in the end. The ones who stay the strongest are those able to see each other on a daily basis, like Andi Dorfman and Josh Murray who are both Atlanta residents.

And for those who say they couldn't possibly have found love in such a short time, Lacy wants you to know, "We actually calculated how many hours we spent together and how long it would've taken us in real life to date and get that far. It was approximately six months!"

I'm not so sure I'd trust Lacy's calculation considering she once said she was 80-40 on which guy she liked the best, but whatever.

All that matters is that in their own minds they found love and they're committed to making this thing work. And for now it seems like they're intent on joining the ranks of the other married Bachelor and Bachelorette couples, so good for them. It's a small group of people, but the ones who make it to that point always seem the happiest.

Oh, and the nearly four carat diamond engagement ring was even provided by Neil Lane, so if they weren't before, the couple is definitely an official Bachelor pair now.