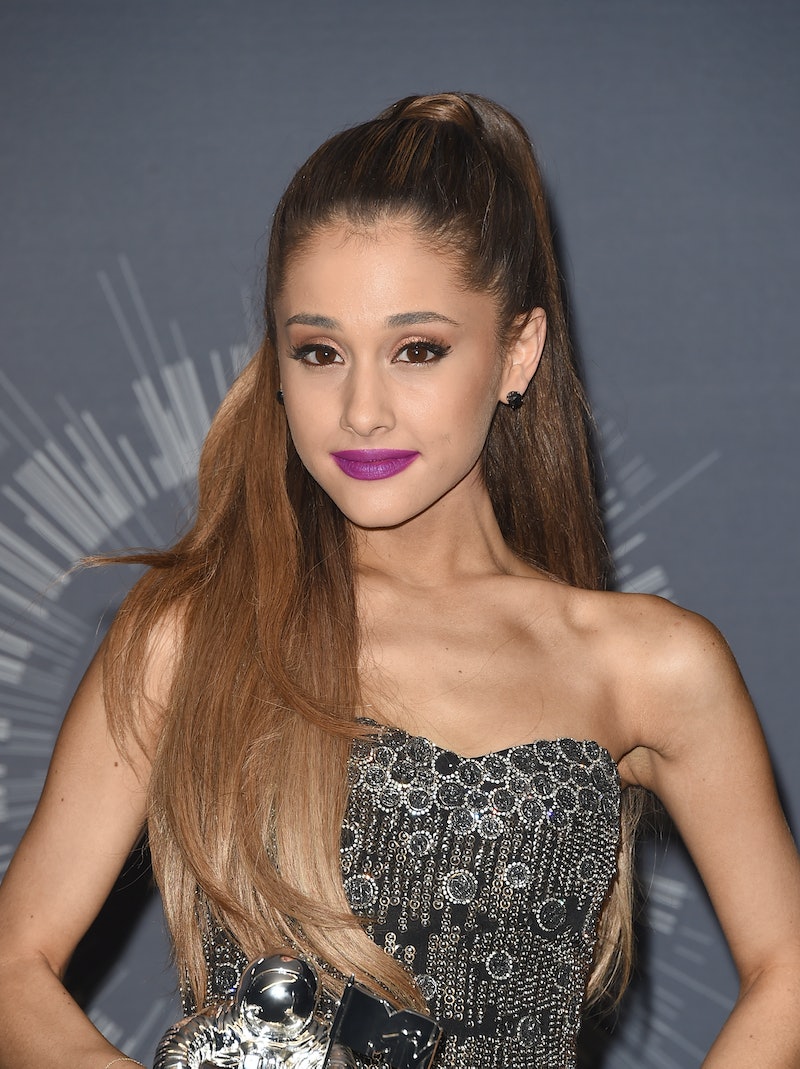 There can be no question that Ariana Grande is one of the biggest pop stars in the world right now. Both of her albums have hit number one on the Billboard charts, her single "Bang Bang" with Jessie J and Nicki Minaj is basically the greatest female anthem since "Lady Marmalade", and her older brother Frankie Grande mentions Ariana's name constantly on Big Brother . No matter where you know her from, the fact of the matter is that everyone knows Grande and basically everyone likes Grande. Except apparently not. Lately, there have been rumors flying that Grande has been engaging in some diva behavior. But are they true or are they a natural result of her hype?

Let's examine the evidence. The last time Grande was accused of being a diva involved a fan encounter. According to an enraged father, Grande snubbed a fan at the VMAs meet and greet. Grande later explained that it was because the fan had given her a picture of Grande with her recently deceased grandfather and she had to walk away quickly to keep from crying, but a new response from the father claims that Grande was rude to his daughter before she saw the image of her grandfather. Then there are the rumors from Grande's Australian trip. According to an Aussie news outlet, Grande had some insane demands for her photo shoots and abruptly canceled the shoots when those demands weren't met. Grande's defense is that she left to change her top and the photographer was gone when she returned.

The thing is, the stories just don't match up. Did Grande snub a fan because she didn't want to start crying at the VMAs or was she rude to the fans beforehand? Did Grande have ridiculous photo shoot demands and cancel them when they weren't met or was a photographer just angry with her for taking too long to change her top? What we need to keep in mind is that Grande is literally at the top of her game right now. She can do no wrong. She is dropping more best-selling singles than we can imagine, her appearance somewhere guarantees to have fans screaming, and she's cute as a button.

However, Grande is far from perfect or a flawless role model. Remember the time that Grande made a body shaming joke during the nude picture scandal? And what about those rumors of a feud between herself and former Sam & Cat co-star Jennette McCurdy? And that awkward story about Grande being the reason Naya Rivera and Big Sean broke up? Yeah. The fact that headlines keep exploding with new tales of Grande's diva behavior is just proof that her hype has reached a level at which it's less interesting to talk about how great she is and more interesting to focus on any flaw that people can find to exploit. It's a simple truth that when you're a woman and you become famous enough, suddenly everyone thinks you're a diva.

The truth is, Grande could be the biggest diva in the world in private and that won't change the fact that she's an amazing singer and performer with a great sense of humor. She will slip up, she will be involved in some less than perfect situations, and she might even be drawn into a scandal. Most rumors about her might have been denied by Grande, but she's also never claimed to be an angel. To be accurate, she's a woman in her early 20s who is more famous than we could possibly imagine.

Honestly, it doesn't seem like Grande is behaving any different now than she was when she was a Nickelodeon star or a Broadway star. Rumors of diva behavior have followed her throughout her career, so I can assume the only thing that's changed is her level of fame. We need to take Grande off of her pedestal and give her the room to grow and the time to make mistakes, rather than acting surprised and outraged every time we hear a negative news story about her. No one's perfect, even Grande. That's what makes her real.