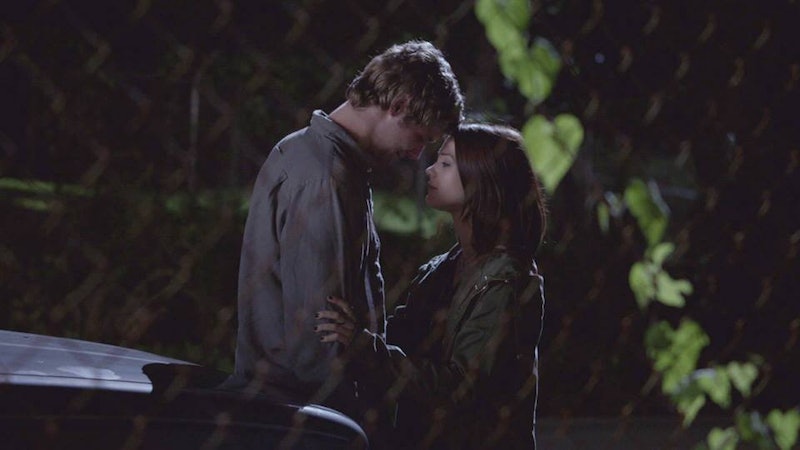 It took Carter 10 episodes but she finally got it right — thank god. On Tuesday night's new episode Carter lead the police to Crash on Finding Carter and it was the smartest, most loyal, and genuine thing she's done on the breakout MTV series so far. And she didn't even need Elizabeth to help her figure out how to do it. Last Tuesday on Finding Carter , Crash shot Max and it was probably the worst TV-moment I've ever experienced. It hurt me deep, deep down at the bottom of my soul and when Crash ran away and left Carter in a pool of her best friend's blood, I wanted to kill the little punk with my bare hands. (Aggressive, I know.) And, after the disappointing promo for "The Long Goodbye," I was convinced that Carter would make the wrong choice and choose to save Crash rather than do the right thing by Max.

Well, I was wrong. Carter spent the better part of Tuesday night's episode fielding Crash's calls and his unbelievably large Pity Party For One when she should've been paying attention to Max. She also spent a considerable amount of time trying to defend Crash pulling the trigger on Max to Elizabeth when it was so blatantly obvious that he's enough of an unstable sociopath to do that IRL. It was sickening, honestly. While Carter was spending all of her time doing that, I was spending most of Tuesday night's penultimate episode typing "WTF" over and over again. Especially after Elizabeth's close call with arresting him in the welding warehouse. (BAD POLICE WORK, GIRL.)

When the scene from the promo finally came up, I wasn't entirely sure if Carter knew what she was doing going to meet Crash. Was she actually going to end up running away with him? Would he kidnap her like Bustle writer Kaitlin thought? I just didn't know and then I did — Carter, sneakily, lead the police right to Crash because he wouldn't turn himself in and I was as pleasantly surprised as Elizabeth was when Carter confessed that she'd planned this whole thing. But the best part wasn't that she'd sided with Max, it was that she did it for herself, she did it for Max, she did it for her family, and, unfortunately, she also did it for Crash. He can still have some semblance of a life now that he hasn't become a fugitive.

Did Carter just become the smartest character on Finding Carter? I really think so.