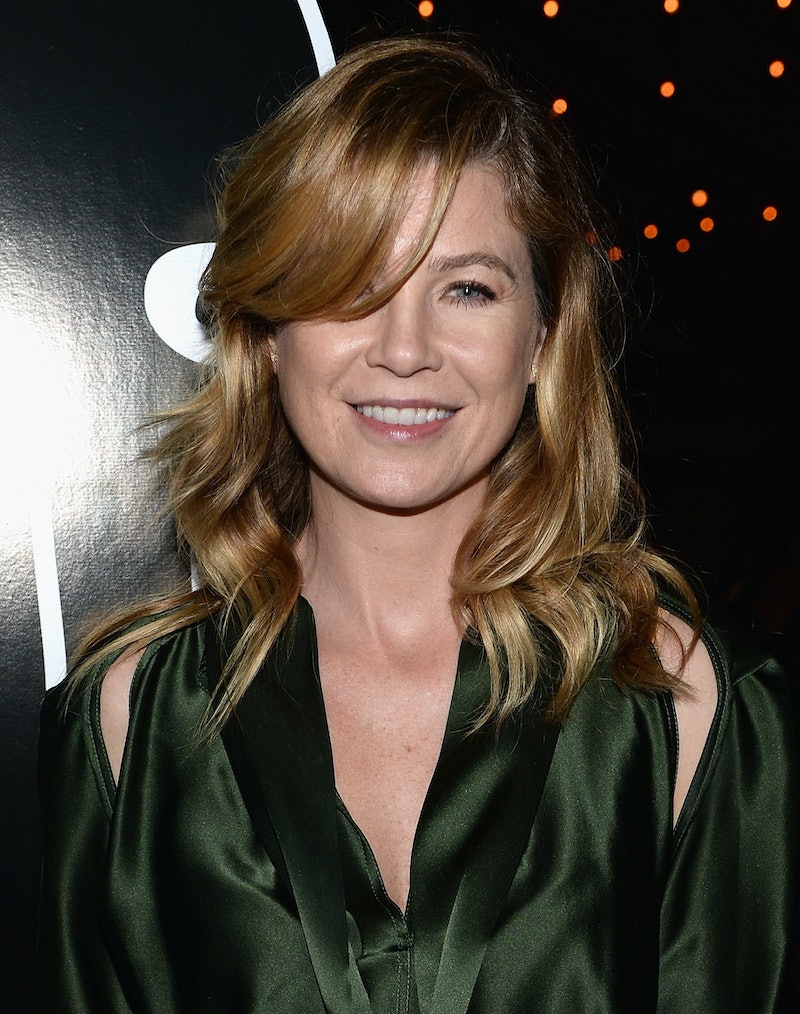 After all of those years of Grey's Anatomy (it's entering its 11th season!) wouldn't you consider retiring, too? The Hollywood Reporter states that Ellen Pompeo is considering quitting acting once Grey's Anatomy hangs up its scrubs once and for all (IF IT EVER DOES). But before you assume that she's going to retire to a country abode and spend her time sipping tea and weaving baskets and buying horses (lovely idea though, really) rest assured that the woman you know as Meredith Grey will continue working — she'll just stay focused on stuff behind the scenes as a producer.

Pompeo has already been working on a satire about finance called Debt, as well as a cop drama over at ABC with her company Calamity Jane, and it seems that that's the route she'd like to head down, given what she said about acting during a panel with Buzzfeed Brews:

I definitely don't have a strong desire to act after Grey's; I definitely feel myself transitioning [...] I don't find acting terribly empowering. For the place I am in my life... I don't necessarily want to work for other people.

However, it's not completely off the table:

I mean, never say never, I'm not going to come out and make one of those statements like, 'I'm retiring after' and then in February come back. … I try to keep an open heart, an open mind, an open soul and spirit to whatever comes my way, and whatever is meant to be for me will be.

But it seems that Pompeo really just wants a new challenge, as she said:

So, nope — she's not retiring, she's just refocusing. So don't be on the lookout for photos of Pompeo relaxing — this woman wants to work, she just doesn't want to act anymore, which makes total sense given how unlucky Meredith Grey has been for the past decade. That lady can't catch a break!

You can watch the entire interview below. But don't get sad! You still have this season of Grey's Anatomy to look forward to — and you know, until the end of time, because that's how long it will probably run. Yeah, wouldn't you want to quit after that, too?