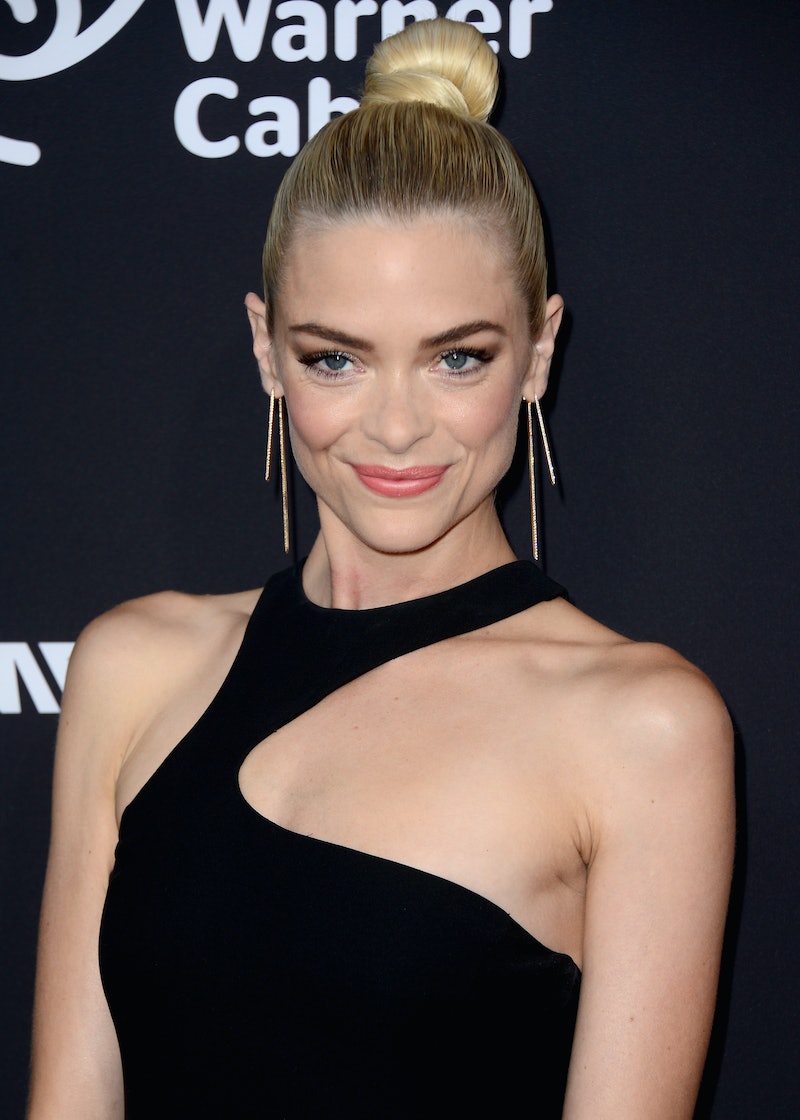 You've definitely seen this face before, you just might not have realized it at the time. Sin City 2 star Jaime King is kind of a big deal and it's not just because she plays Hart of Dixie 's greatest character, Lemon Breeland. (Even though that definitely doesn't hurt.) It's because King's just damn cool and inspiring. Well, and because she is an expert at calling out body-shamers on her Instagram and recently opened up about her infertility struggles on the same social media site. Oh, did I mention she's best friends with Taylor Swift?

While King's face is one that you could absolutely pick out of a crowd and one that you definitely follow on Instagram (and if you don't, you should!) because her son, James Knight Newman, might be the most adorable baby of all time, the star didn't start out as a actress. In fact, acting came much later in King's career, after years as a high-fashion runway (she walked for McQueen and Karl Lagerfeld) and print model and a stint in rehab after a personal tragedy.

So, while we wait anxiously for Hart of Dixie Season 4 to get a premiere date so we know when Lemon Breeland and King will grace our TV screens again, here are seven things you probably didn't know about the absolutely fabulous Jaime King:

She's Named After The Bionic Woman

According to her TV Guide biography, King's parents named her after the main character of the 1970s TV series The Bionic Woman, Jaime Sommers.

She Made It Big As A Model

The Omaha, NE native was discovered when she was 14 by a New York agent and walked high-fashion runways like the above pictured Alexander McQueen and covered Vogue. King posts #tbt photos of her modeling days on her Instagram account almost every week.

She Went To Rehab For Drug Addiction

King got involved with heroin at age 14 when she started modeling, but it wasn't until her photographer boyfriend Davide Sorrenti overdosed in 1997 when she was 19 that King went to rehab for her addiction.

She Starred In A Gavin DeGraw Video

Remember "Chariot"? It was your anthem and singing about seedless watermelon has never been cooler. Well, King starred in that video and the manic-Paris-Hilton-like dream girl that dragged Gavin to superstardom. And it was amazing.

She's Got The Force With Her

King's Instagram is full of Star Wars references. Which makes sense, considering the star lent her voice to the Star Wars: The Clone Wars animated series from 2009 to 2014.

She's Got Some Serious Bad-Ass Tattoos

King got her first tattoo at 15 on St. Marks Place in NYC and has been getting inked ever since.