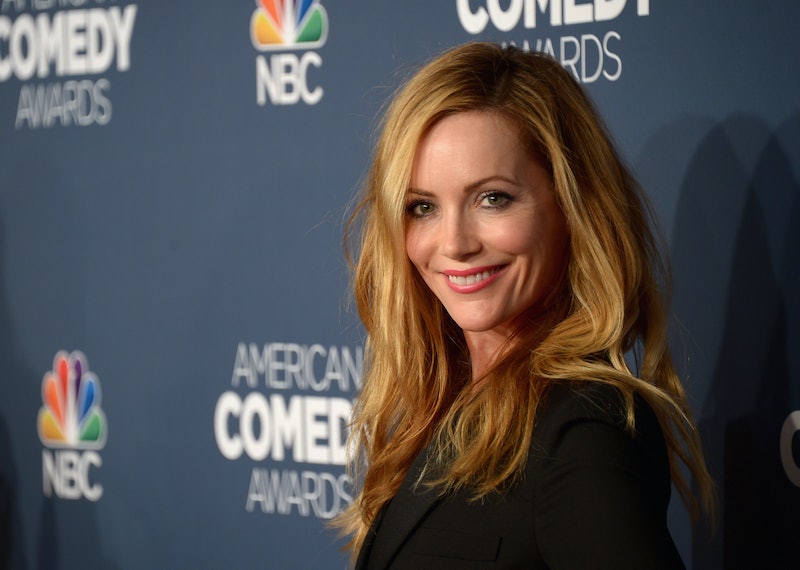 Holy re-boots, Batman! The Vacation franchise is back with a (mostly) brand-new cast up to the same old Griswold tricks. The latest installation/re-make has Leslie Mann in talks to play Audrey, according to The Hollywood Reporter. She'll be playing the adult version of the once angst-ridden teen whose eye rolls were more terrifying than a rabid squirrel inside the house on Christmas Eve. Along with Mann will be Ed Helms and Christina Applegate who are signed on, along with Charlie Day and Chris Hemsworth who are currently in negotiations for their roles. The original rulers of the Griswold clan, Chevy Chase and Beverly D’Angelo will also be making cameo appearances.

The latest installation of the Vacation universe will focus on a family road trip with Rusty (Helms) leading the pack in the chaos. And in a total melting of comedy universes, Audrey is married to studly anchorman Stone Crandall, who is of course, played by Hemsworth. And no, Applegate isn't playing Veronica Corningstone.

Though the newest Griswolds have some pretty big shoes to fill, there’s no doubt that Mann as the grown-up Audrey is just the right fit. Considering she’s played the ultimate “cool mom” in comedy over the past few years, she’ll ace Audrey’s dry sense of humor and sentimental heart. With Mann in the picture, let’s take a look at the Audrey Griswolds of Vacations past and see what they’re all up to now.

Starring as Audrey Griswold in National Lampoon's Vacation in 1983, Dana Barron set the bar high for all Audreys who would follow in her footsteps. She was the cooler older sister we all wish we had — we loved her as much as we feared her and wanted to be just like her. Barron has since continued her acting career and appeared in lots of television series including Beverly Hills 90210. She reprised her role as Audrey Griswold in the 2003 TV movie Christmas Vacation 2: Cousin Eddie's Island Adventure.

Hill brought an extra level of spunkiness to Audrey Griswold. Though she was still much cooler than Rusty, Hill's version was much warmer and more mature. After European Vacation, Hill appeared in television throughout the 80's and 90's and did voice work for several cartoons including Goof Troop and Darkwing Duck. Sadly, Hill passed away in 1996 at the age of 32 due to a stroke caused by complications from diabetes. She is remembered for her wonderful comedic talents and too-short, but lovingly regarded film and television career.

Of all the Audrey Griswolds, Juliette Lewis portrayed the absolute misery of family gatherings and "adventures" so painfully well. As horrified as she was to share such close quarters with Rusty when the entire clan descended onto her home for the holidays, she still remained a Griswold at heart. Her line, "He worked really hard, Grandpa," was delivered with such earnestness that all of her angst felt totally allowed.

Since Christmas Vacation, Lewis has continued her acting career and has even dabbled in the music industry with her band Juliette in the Licks. You can catch her in the upcoming and highly anticipated Jem and the Holograms movie.

Something about Audrey dabbling in the world of stripping with her wild Vegas cousin just didn't sit right with the Audrey Griswold legacy. Nichols played a totally different tone of Audrey from her predescessors. Since stepping into the Griswold family, Nichols has continued to appear in film and television, most notably in 24 as Nadia Yassir.