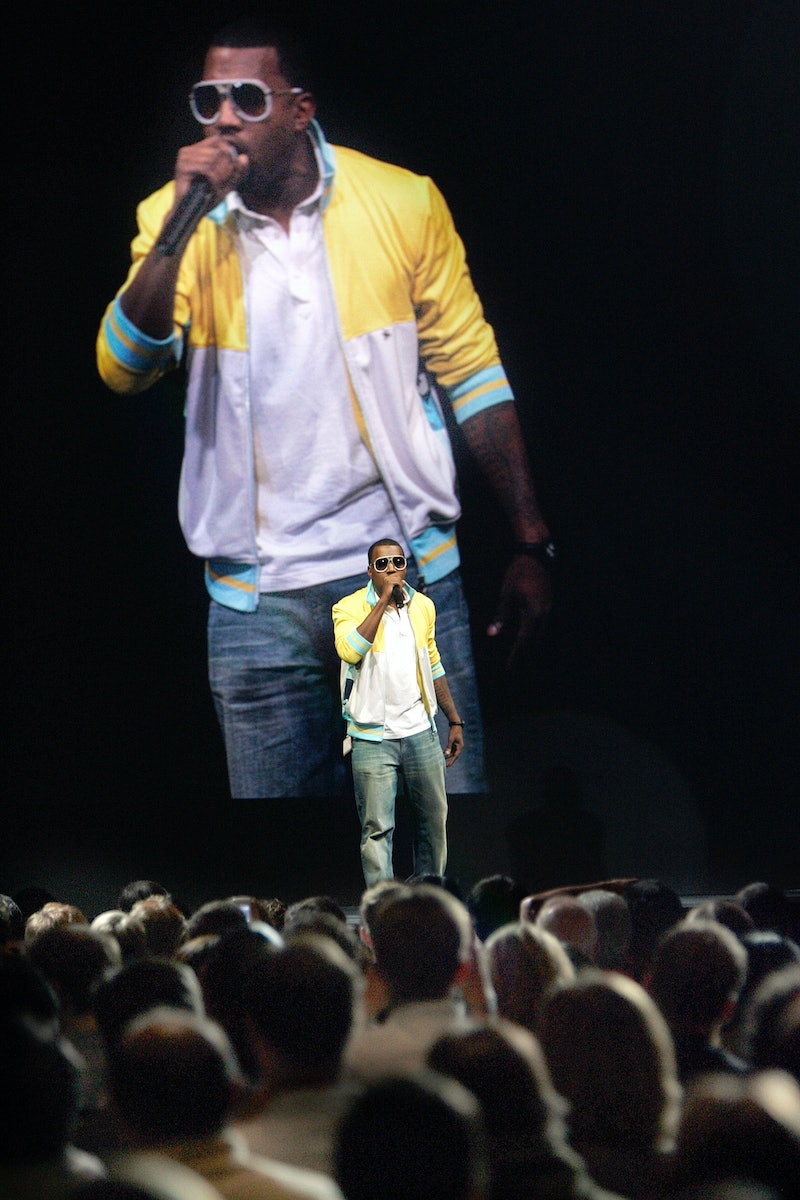 Maybe he's using this as a way to deflect attention from that uncomfortable situation with a fan who was in a wheelchair, or maybe, as People posits, two weeks is far too long to go without making a fashion statement, but Kanye West got a new haircut, and it's the Kanye-est haircut possibly ever. Shortly after the awkward concert debacle in Sydney where West called out a disabled fan for not standing up, West debuted his new geometric hairstyle that is probably some kind of meta commentary on the fragility of fame and problematic nature of celebrity, or something. Traffic arrows? The Chevron logo? The fast forward symbol? Could be anything. No one knows what it means, but it's provocative.

According to People, "Every surface is a canvas for West, and that includes his scalp". Apparently. As West once reportedly said himself, " I am Warhol! I am the number one most impactful artist of our generation. I am Shakespeare in the flesh. Walt Disney, Nike, Google”. Not sure if I'd liken getting a rad haircut to being Shakespeare's ghost incarnate, but I don't judge. West's scalp is a stage, and we are merely players.