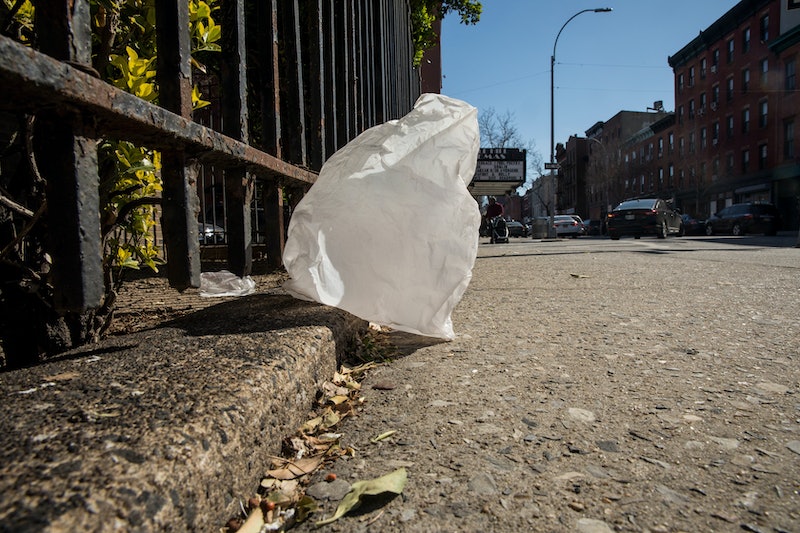 Unlike most people — or, at least, most of the Academy in 2000 — I do not like 1999's American Beauty . In fact, I think my distaste for it has only grown stronger because it's so universally accepted as high-quality; I feel like the offspring of Troy's Cassandra and that kid who sees that the Emperor isn't wearing any clothes, doomed to shout forever to deaf ears just how lame this movie is. I mean, I could talk for eons about the stony film-school wonderment of the editing (“Her hand is reaching toward his arm — and then it reaches again! And AGAIN, even! Despite the fact that this is not temporally possible! Because, emphasis!”). And I’m always down to do a ditty on how Annette Benning's “frigid shrew who just needs a good lay” storyline is almost too embarrassing to be offensive — a doctorate thesis just on the line "You better watch yourself, Jane, or you're going to turn into a real bitch like your mother."

Basically, I have a constant, simmering pool of Haterade dedicated to this movie, just waiting to spill over — so when it was suggested to me that, to commemorate American Beauty ’s 15th anniversary for the site, someone ought to reenact the infamous scene of the filmed plastic bag (you know, the one that proves “there’s so much beauty in the world, I feel like I can't take it, and my heart is just going to cave in”), I jumped at the opportunity, full force. I imagined all the disparaging things I could say about so patently doofy a premise, the music I’d underscore it with — some Enya, maybe a power ballad, definitely that song from Flashdance. Humor, accomplished. I made a mental note to high-five myself upon completion.

As with so many of my best-laid plans, however, I forgot to ground my ambitions in any kind of practical concern — for example, how stupid I was bound to look when placing a plastic bag on the ground, walking away, then pointing my phone at it. At best, it'd seem like I was littering; at worst, God forbid, like I was indeed a twentysomething with fluorescent hair attempting to film a wayward plastic bag. For the next few weeks, every time this assignment popped to mind, I promptly found myself some other plans.

And then suddenly, wouldn’t you know, it’s the afternoon before my deadline. With the pre-autumn sun fading fast, I come to grips with the fact that it's now or never, briefly consider leaving the state and changing my name, but instead just grimly chug an iced coffee. "I am going to film the living fuck out of this," I tell myself, game face on, "because I am a goddamned professional." And with my fistful of plastic bags, I trundle out into the world.

As I live in a relatively warehouse-y part of town, I figure there’ll be plenty of places to get a quick shot by a cool-looking brick wall, maybe even the one right around the corner from my apartment. The moment I step out of my door, however, a dude across the street starts catcalling at me from his stoop — because apparently, adding a wad of trash to my usual "last night’s eyeliner, air of manic determination" look elevates me to ultrababe. At the very least, I have no intention of bending over anywhere in his view. So, after zigzagging up the street a few times, I settle on a random patch of concrete that seems unpeopled enough and sift out a small, black bodega bag — my top contender — to place on the pavement. Anticipation welling up in my chest, I stand back, press record, and wait for the mockable magic to happen.

What happens, however, is nothing. Like, an impressive amount of nothing. Even as a breeze rustles the leaves of a nearby tree, blows some more oomph into my unbrushed hair, the bag just sits, hardly bothered, staring up at me like a sullen crustacean. "Fuck off," it seems to say. But I am not deterred. If that kid with the dumb knit hat can do it, then by gum, so can I.

Seconds tick past — seconds I will never be able to spend doing anything but this, I realize, as pedestrians come and go, and I flex my thumbs above my screen to make it look like I’m just texting, casually, by this wall. Pay no attention to the woman behind the iPhone. After about three filmed minutes, the bag shuffles a few inches to the left. At minute six, its top flap burps, lazily, once, then settles again. I am now a little bit deterred.

At long last, a strong enough gust whisks it up — and immediately flops it back toward the pavement. So, fine, there, I sigh, it’s dancing, right? I mean, sure, dancing like a sea lion at closing time on a Tuesday, but still, this is better than noth—

And of course, the bag chooses this exact moment to catch the wind and gallivant up, up, and away around the corner.

Before I even have time to react, I’m already after it, face buried in my phone, deleting everything my thumbs can touch, my own name if necessary, for just five seconds’ more space. I round the corner at a sprint, camera brandished, ready for action — only to note that the bag has found its way to a FedEx loading dock, fully staffed with people doing actual work, several of whom have looked up instinctively at the fast-incoming clomp of feet.

Don’t worry about it, my gentlemanly wave-and-nod says, as I slow to a stroll, collect the bag, and turn calmly on my heels. It’s for journalism. I'm sure they understand.

Back on my turf and getting desperate, I lay out my whole trove — flimsy and white, big and red, liquor-store gold-flecked — and wait, phone poised, for any semblance of action. Dance, I beg them, quite possibly out loud. Dance, you bastards. Instead, they do their best impressions of tumbleweeds made of lead, heaving and sputtering like diseased lungs, geriatric acrobats strutting and fretting their minutes upon the sidewalk — quietly confirming the futility of anything I might ever try to accomplish with each lackluster ooch into the air.

As I finally trudge home, bags in hand, the gale I was waiting for that whole time sweeps by, blowing my hair cinematically back from my face — and as my heart does indeed cave in, I resign myself to two basic truths:

Plastic bags are assholes, and American Beauty is still the worst.