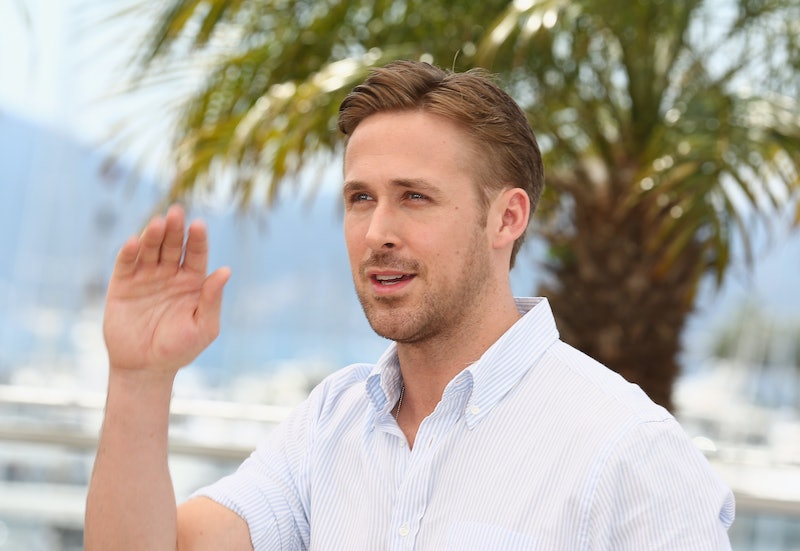 While they haven't yet confirmed the news themselves, according to reports, Ryan Gosling and Eva Mendes are parents to a new baby girl. Us Weekly reports that Mendes gave birth on Friday, Sept. 12, but for now, most of the details are under wraps. We don't even know the child's name yet. Despite the lack of information, it's still big news. Based on how everybody reacted to the initial rumors of their pregnancy (including making fake photos of what the baby would look like), it's no surprise people are freaking out even more now that the baby is actually here.

Maybe it's an unpopular opinion, but personally, I'm super excited for these new parents! Gosling already seems like he'll be an amazing dad, and Mendes handled her pregnancy with grace, not letting the media's speculation get to her and cause her to make a statement about it if she didn't want to. So yeah, it seems like things will go great. Although I'm looking on the bright side and wishing them the best, not all of their fans are as optimistic. Most of them sound pretty devastated. Is it totally unreasonable that these girls wished they were the ones with Gosling? Not necessarily. I mean, if they want, they can always go marry a cardboard cut-out of him... (Kidding. Kind of.)

Since the public reaction seems to be split, here's a round-up of the good, the bad, and the ugly reactions to the RyVa GosDes baby news:

I'm guessing this would be Ryan's reaction to everybody's negativity:

Because you know what? Whether you like it or not, he's a dad now! So let's just be happy for these new parents, OK?