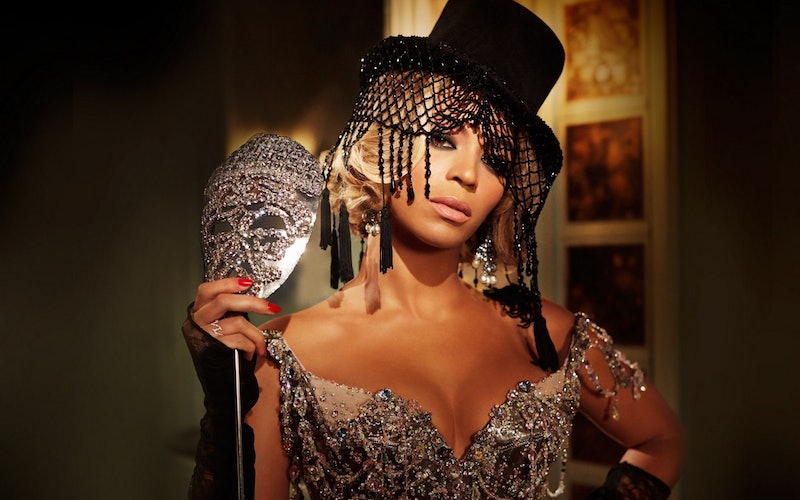 We’re always hearing that we could be having better sex, a better orgasm, or a better relationship. But how often do we actually hear the nitty-gritty details of how we might actually achieve those things? Bustle has enlisted Vanessa Marin, a licensed sex psychotherapist based in San Francisco, to help us out with the specifics. This week’s topic: How to role-play in bed.

A: Role-playing can be a ton of fun, but it can also bring up a lot of anxiety. The concerns that you mention are the ones I hear most often. Most people are intrigued by the idea of role-playing, but worried about looking like an idiot.

Here are some foolproof steps for enjoying your first role-playing experience.

Plenty of people don’t end up role-playing because they can’t think of a specific fantasy to enact. If you’re new to role-playing, I’d suggest starting with something simple and easy. There’s no need to get overly complex your first time! Pick scenarios that you’re already familiar with, to give you an idea of what to say and how to act.

Here are some easy role-play scenarios to consider. Read over this list and take a moment to visualize you and your boyfriend playing these roles (try reversing the roles in each scenario too!). See which ones grab your attention more than others.

Some people find the idea of acting out specific roles unappealing, and newbies to role-playing can be too intimidated by the thought of having to do a lot of acting. If that’s the case for you, keep in mind that you can role-play without having a complex backstory. You can pretend to be strangers who have never met before. That way, you still get to be yourself. Or you can trying playing with power dynamics instead. One person gets to be the boss and have complete control, while the other person has to be submissive and follow instructions.

TALK ABOUT WHAT YOU WANT

Once you have a few fantasies in mind, talk about them with your boyfriend. If you feel shy about initiating this conversation, here are a few ways to bring it up while minimizing embarrassment:

Then, ask him if there are scenarios that he’s ever thought about. Show him the same sensitivity that you would want him to have for your fantasies.

Once you’ve picked something to try out, it’s time to talk about the details. Role-playing is great in that it can be as simple or as complex as you’d like it to be. You can role-play with just your words, or with costumes and props. I’d suggest leaving out a ton of props when you’re just beginning. This will minimize embarrassment and will prevent you from wasting money if it turns out that you don’t particularly enjoy enacting the fantasy!

If either one of you has ideas about how you’d like this role-play to go, try to share as many details as you can. Who would you like to play, what actions would you want to take, when are you going to do the role-play, and where are you going to do it? If it’s one person’s fantasy, they can explain what they would like their partner to do, but you should both try to contribute some ideas.

Let’s say he’s really into pretending that you’re strangers. He might have some ideas about how he wants you to introduce yourself to him or how he could end up bringing you back to his place, but you could chip in with some suggestions for a meeting place.

If you don’t have a detailed fantasy, that’s OK too! If you pick one of the common scenarios I listed above, you’ll already have a good sense of how to act. For example, you’re probably pretty familiar with the events of a doctor’s appointment. You don’t need to create a detailed script before the event. In fact, you may find it less intimidating to ad-lib a simple scenario in the moment instead of planning everything out beforehand.

A special note about rape fantasies: Rape is one of the most common role-play fantasies. There’s nothing wrong with having a rape fantasy, but you need to be very careful if you decide to act one out. Make sure you have an iron-clad safeword in place, and talk in detail about the behaviors that are on or off the table.

Above all, have fun during the planning process. Talking about your fantasies can be exciting and playful, so don’t take yourselves too seriously. You may also find that discussing the details of your fantasies ends up being just as sexy as the actual role-play itself!

OK, so it’s finally time to act out your fantasy! A lot of the fun of role-playing is in the anticipation, so try to draw things out for a while and tease each other. Pretend to be totally oblivious to your tutor’s come-ons. Let your hand linger on the delivery man’s shoulder.

It’s natural to feel afraid of what to say or do, or worried that you’ll act awkward in the moment, but try to remember that you’re just playing. No one is judging your acting ability, so don’t put too much pressure on yourself! If you say something silly, just laugh together and keep going. Acknowledging awkwardness is a lot easier than trying to pretend nothing happened.

After you’ve had your role-play session, talk to your boyfriend about how it went. Focus on the things that you liked or would like to explore more.

Good luck, and have fun!

More like this
Expert Tips For Being On Top When You're Plus-Size
By Lexi Inks
The Best Time To Date After A Breakup, According To Experts
By Bustle Editors
Jennifer Coolidge Got A Lot Of “Action” Thanks To 'American Pie'
By Catharina Cheung
How Do I Deal With Both ED & Premature Ejaculation?
By Sophia Benoit
Get Even More From Bustle — Sign Up For The Newsletter