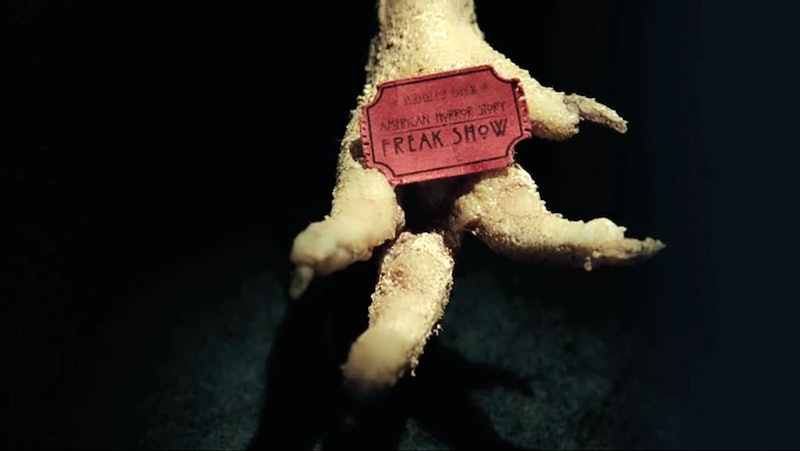 Everyone Will Die (Eventually)

I was shocked to see all of my favorite characters offed on the first season of American Horror Story. Of course, this was before I knew it was an anthology series and just assumed that they were writing themselves into a hole for Season 2. One of the many benefits of an anthology series is that killing off characters is easy — you don't need them to further the plot for seasons on end. Most of the characters on Asylum also met their maker by the end of the series' run, and though most of the witches on Coven returned from the grave by the finale, the show was quick to kill of anyone and everyone. For those of you who were worried that death would be meaningless, a la Coven, there's no reason to fear. According to Ryan Murphy, death will be "permanent" on Freak Show — so prepare for a lot of it.

Historical Figures Will Make An Appearance

The Big Bad Is Someone We Knew All Along

American Horror Story: Murder House introduced us to an S&M figure realllly heavy on the sadism. The murderer behind the mask was revealed to be none other than the dead boy next door, Tate, a character that we had come to love despite his, uh, "questionable" traits. We were fooled again in Asylum, when "good doctor" Thredson revealed that he moonlighted as serial killer Bloody Face. Coven's big bad didn't have a secret identity, but Cordelia's husband Hank was revealed to be the hunter preying on the witches at Cordelia's school. In conclusion, expect the characters you like the most to be secretly evil on Freak Show. Sorry.