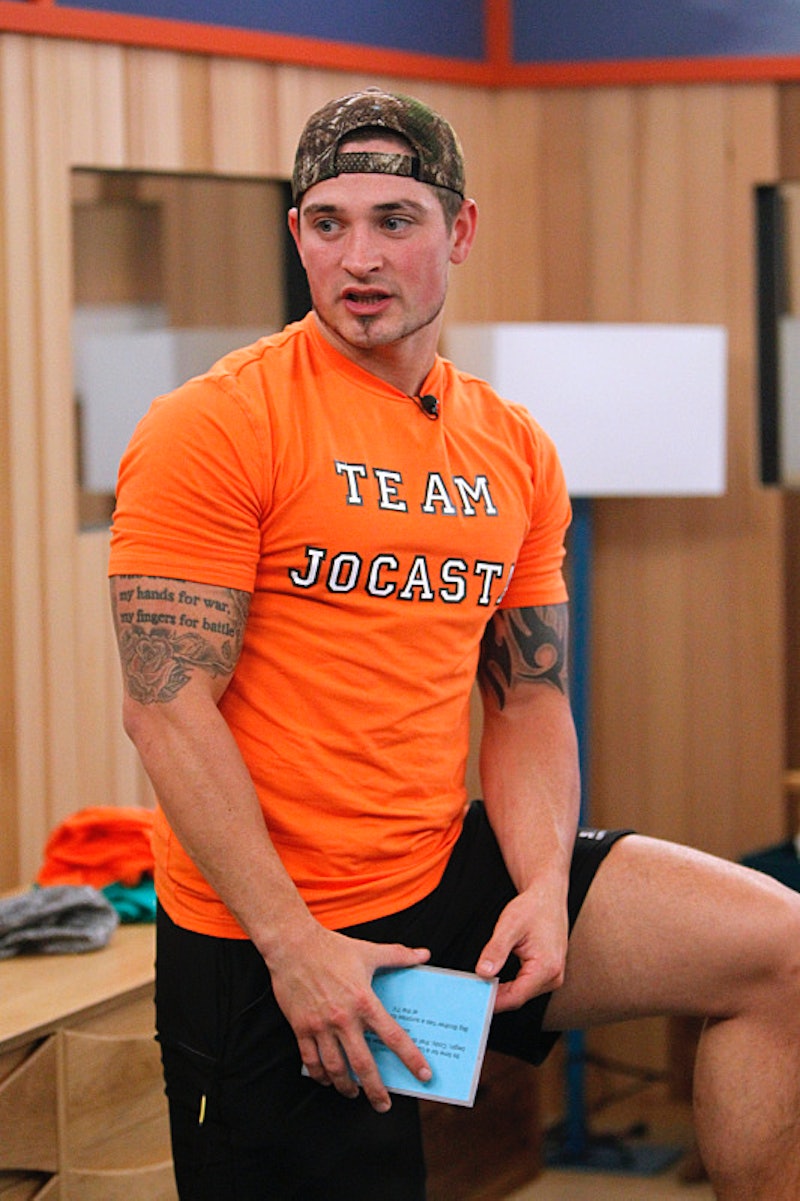 Most of the time, reality TV stars are one-dimensional. Not so with Big Brother 's Caleb. Big Brother visited his parents in one of those special interview segments during Wednesday night's live eviction episode, and they gave us some insight into who Beast Mode Cowboy is outside of the house.

Oftentimes reality TV isn't very real, but from what Caleb's parents said, it sounds like Caleb is pretty much the same guy on screen as he is in the real world. Caleb's pointed to his strong physique, his jokester ways, and his tall tales. But most notably, his mom and dad told reassured us that one of Caleb's best qualities is his loyalty, almost to a fault.

"Caleb's loyalty I think is going to hurt him," Caleb's mom said during the segment. His father would go on to say that Caleb has probably been loyal for one week too long. Seeing as how Caleb is on the block and it sounds like he's going home by the hand of Derrick and Cody, two of his alliance members, I'd say that statement rings very true.

Caleb has been so loyal season, he still thinks the Bomb Squad is a thing. For someone whose morals have been some of the most questionable this season (Need I remind you of his non-existent love affair with Amber?), Caleb has actually been one of the most honest houseguests this season. Whether he was HoH or strategizing with his alliance, he was usually straightforward to others in the game, at least compared to the other players. Most recently, Caleb pretty much revealed the reason he put Frankie on the block was that the alliance didn't trust him in the game, signaling that he was the target. Even in making a big move like that, Caleb couldn't help but reveal his backstabbing.

What was interestingly left out from Big Brother's interview with Caleb's parents was any mention of Caleb's feelings for Amber. Maybe it was because Amber has been out of the house for so long, and she's no longer relevant to viewers. Or maybe, there's a more nefarious reason, and Big Brother wanted to keep Caleb's portrayal in a positive light since he has become something of comic relief and the moral center of the house, believe it or not. Oh, how times have changed.