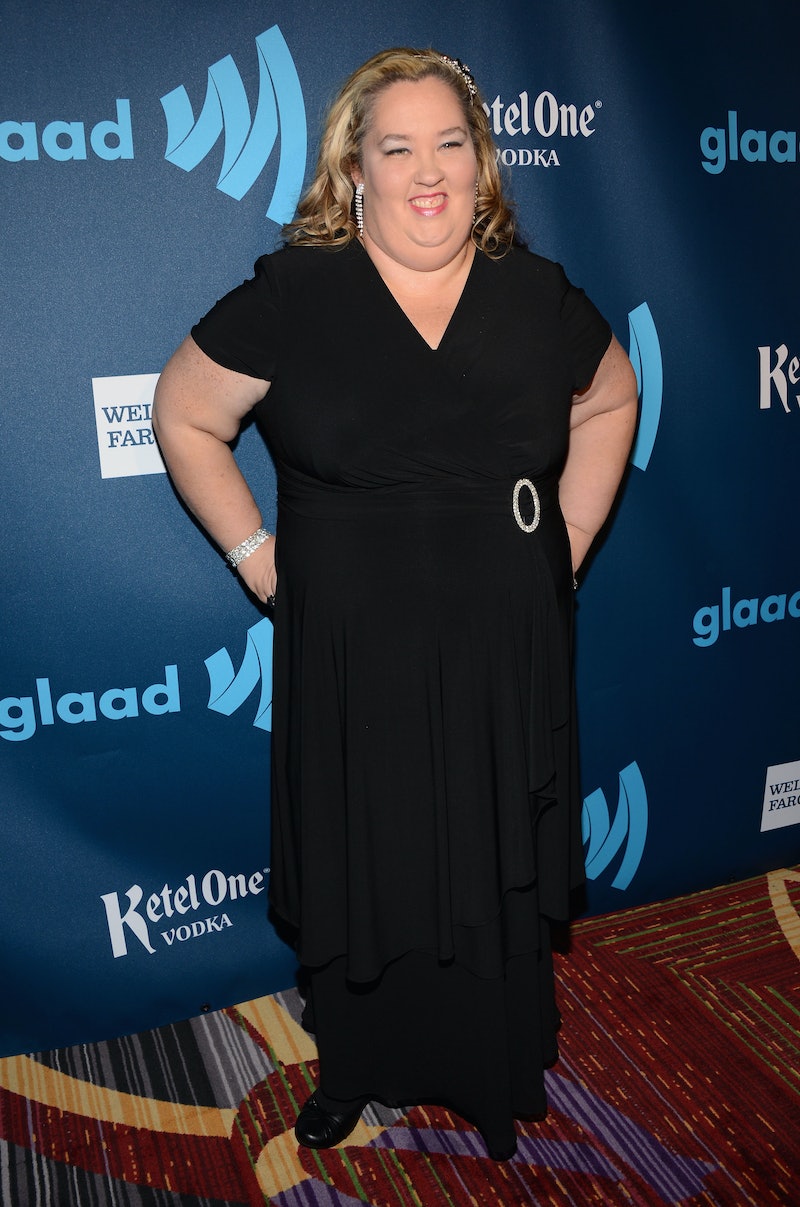 Fans of Here Comes Honey Boo Boo may feel like boo-hooing after hearing this news. E! reports Mama June and Sugar Bear have decided to separate. Apparently the relationship between the normally happy-go-lucky couple turned sour after June Shannon learned about Sugar Bear's alleged indiscretions on several online dating sites, which is ironically the same way they met. Although they've been together for 10 years, the split comes a little more than a year after they confirmed their love to one another in a commitment ceremony last summer which aired on their TLC reality show. Although Honey Boo Boo 's fifth season is set to premiere in early 2015, Mama June and Sugar Bear's focus remains on their girls, which is completely understandable.

A statement released by the pair reads,

Sugar Bear and I have decided to take some time apart to figure out some things in our relationship. We are taking things day by day but regardless of what happens the girls will always be our #1 priority. We want to thank ya'll for your support.

Obviously, if future seasons of the show don't include appearances by Sugar Bear, things just won't be the same. Mama June is quite entertaining all on her own, and with Anna's recent lakeside wedding, Alanna's infamous catchphrases, and the girls' constant hijinks, the show still won't be short on fun.

Despite Sugar Bear's role as the backbone of this hilariously quirky clan, Mama June appears to be wasting no time in moving on. Reportedly, she's been spotted without her wedding ring. Also, if she follows through with plans to relocate herself and the girls after filming wraps, that could totally switch things up as far as the show's concerned. But for now, it makes sense for her to focus on doing what's best for her family in private, regardless of how it all plays out in public.