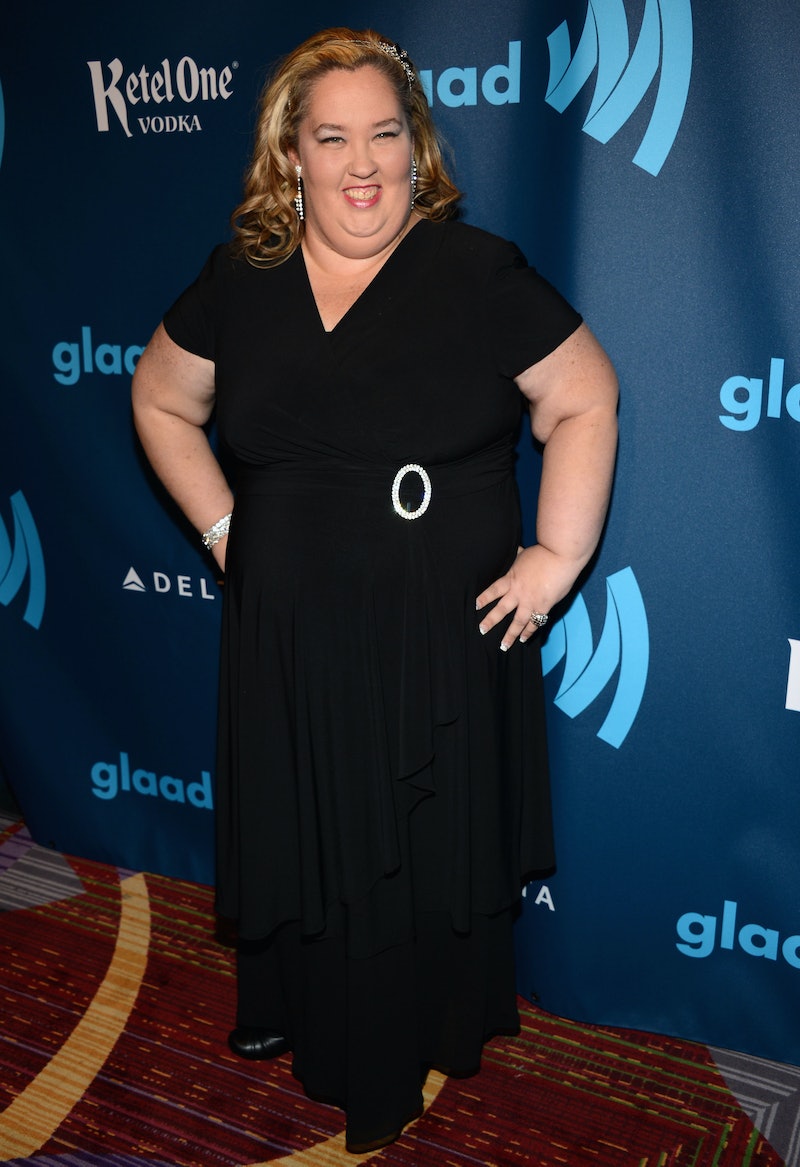 If you were wondering how the split between Here Comes Honey Boo Boo's Mama June and Sugar Bear would impact future episodes of the reality series, this next bit of news may answer what's probably been the most burning question since the couple announced their parting of ways: Will Sugar Bear remain on the show? Despite his penchant for trolling dating sites behind Mama June's back, TMZ reports that, after everything, Sugar Bear will not get the boot.

While the cheating allegations are completely awful, I'm not surprised that he'll still have a role on the show; but, moving forward, Sugar Bear's presence might make things a wee bit awkward, which is why TLC needs to handle this situation with some tender loving care.

No matter how much the stars of Honey Boo Boo make us laugh, the infidelity is still a serious issue, so TLC will have to devise a plan to present the storyline in such a way that doesn't put a damper on the show's general fun-loving nature. It would be naive to expect producers to tip-toe around the situation, because, let's face it — fans already know this happened, and they want to know the backstory. Their interest will likely help out in the ratings department.

Besides, Mama June and Sugar Bear would join a host of other reality stars whose relationship issues play out on TV, like Kendra Wilkinson and Hank Baskett's cheating scandal, and the whirlwind of drama surrounding Real Housewives star Phaedra Parks and her husband Apollo Nida.

The good news is that TLC seems to be a few steps ahead of the game. Reportedly, they have a plan on how to angle the story in a way that will highlight Mama June's life as a single woman, along with her efforts to continue caring for her children. In the end, the show is about family, so portraying Mama June as someone who is resilient and perfectly capable of keeping it all together in spite of her issues with Sugar Bear sounds like the right message to send.