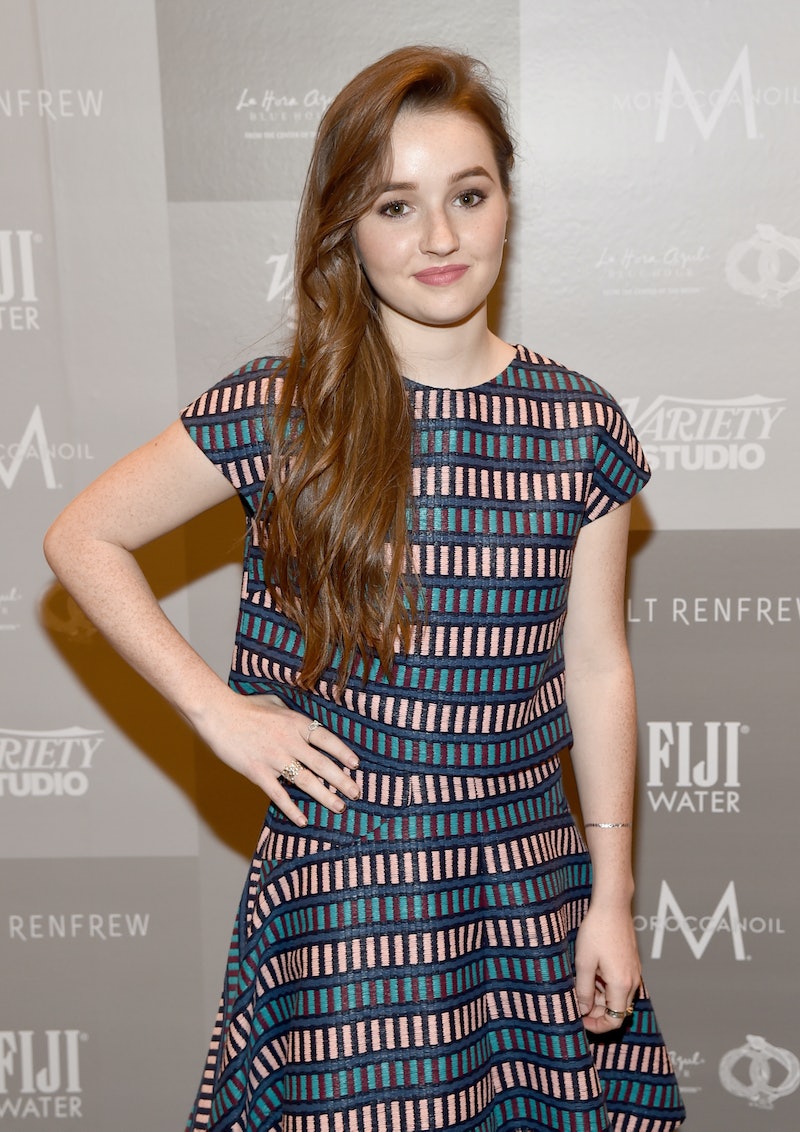 Like most Jason Reitman movies, there's been a lot of controversy surrounding the director's latest effort, Men, Women & Children . The drama, out Oct. 1, has received both massive praise and plenty of criticism for its takes on social media and parent-child relationships, as explored through the lives of several suburban families. For every critic who's raved about the film's poignance and relevance, there's another who's berated its lecture-like tone and repetitive message. Despite their differences, though, nearly all critics seem to agree that one element of Men, Women & Children is pitch-perfect: its ensemble cast, a group led by The Fault in Our Stars' Ansel Elgort and Short Term 12 's Kaitlyn Dever.

As any John Green fan knows, Elgort, 20, has been "the next big thing" for awhile now, thanks to a starring turn in TFIOS and supporting roles in films like Divergent and Carrie. Yet Dever, 17, is only beginning to gain notice, and it's certainly not for want of trying. The actress has been giving impressive turns in TV and film for years, and a scene-stealing role in last year's Short Term 12 garnered some major attention. Despite the praise, though, Dever has managed to stay mostly under-the-radar. Yet now, thanks to glowing reviews for her performance in Men, Women & Children, she might finally get the attention she deserves. Here's what to know about the up-and-coming star:

In Children, Dever plays the daughter of Jennifer Garner, but according to critics, she manages to upstage her famous "mom" — as well as every other actor in the film — in nearly every scene she's in. The Hollywood Reporter called her "one of the best young actresses in the world right now," and outlets from Variety to The Wrap have singled her out as one of the film's strongest performers. With co-stars that include Garner, Emma Thompson, Rosemarie DeWitt, and Dean Norris, that's high praise for an actress not even out of her teens.

She Wowed in Short Term 12

Nearly every element of Short Term 12, Destin Cretton's 2013 indie, was pitch-perfect, from Brie Larson's star-making lead role to the heartbreaking realism of its script, and Dever's supporting performance was no exception. Playing Jayden, an angry, secretive girl living at a group foster home, Dever tore apart every "troubled teen" cliche with astonishing fierceness.

She Has a Must-See New Movie

In October, Dever's newest film, Laggies, will be released, and early reviews are already hailing the dramedy as a must-see. Directed by Lynn Shelton (Your Sister's Sister), Laggies stars Keira Knightley as a woman having something of a quarter-life crisis; freaked out by a proposal, she flees her life and takes refuge with a group of teenage girls, led by Chloe Grace Moretz. Dever plays Misty, Moretz's character's best friend, and her performance as a jaded, sarcastic teen has been called " utterly perfect" by one critic, with plenty more likely to follow.

In addition to a major role on ABC's Last Man Standing (see below), Dever's TV resume is already a mile-long. She's had memorable guest spots on shows like Modern Family, Private Practice, and Curb Your Enthusiasm (remember the tampon incident?), but drama fans will recognize her as Loretta on Justified (above), a part she's played on-and-off for three years. Her role as a lonely teen set on avenging the death of her father has earned her much praise, with critics calling her "marvelous" and praising her "command and a richness of emotion well beyond her years."

And not just because she played the TFIOS star's best friend in The Spectacular Now . Like Woodley was just a few short years ago with The Secret Life of the American Teenager, Dever spends much of her time stuck on a TV series, Last Man Standing, not fitting of her talents. The Tim Allen-led sitcom may have its moments, but for an actress of Dever's abilities, starring in a bland, cliched show season after season, when she could be pursuing greater opportunities, is the last thing she needs. Hopefully, Standing won't go on for too much longer, and Dever, like Woodley, will soon get the chance to spring from the sitcom onto bigger and better roles.