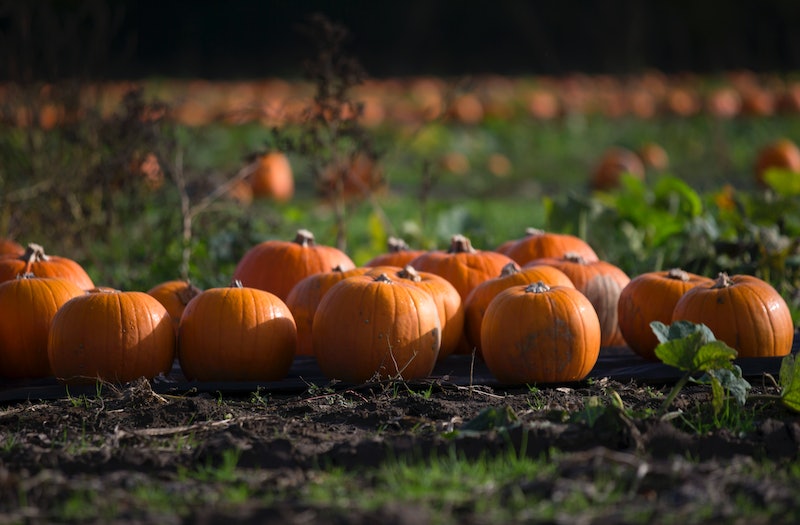 Maybe it's just me, but it feels like the pumpkin spice craze is getting a little out of hand this fall (which technically begins today), and now we have proof. No joke guys — we now live in a world where pumpkin spice hummus is a thing.

The hoopla started with the ridiculously early release of the Starbucks PSL (pumpkin spice latte). Then Cinnabon, Dunkin' Donuts, Oreo, and even Pringles released their own pumpkin spice-flavored products. The latest to pledge the most basic of fall flavors' cult? Cedar's Foods Hummus. Hummus.

According to Buzzfeed, Cedar's Foods released a "limited edition" pumpkin spice "hummus" just in time for fall. On the Cedar's website, the company explains that because of the "recent fame Pumpkin Spice has enjoyed during the Autumn season, we couldn't resist adding it into our Original blend of Hommus." Ingredients include: fresh steamed chickpeas, pumpkin, cinnamon, and nutmeg. Hm..

Now, while I'm all for trying new things and combining sweet and savory flavors, something about mixing pumpkin spice flavors with the Mediterranean classic just sounds off. Behold:

Perhaps it's time for a quick list of foods/products that should probably keep a distance from the pumpkin spice trend this fall:

· Eau de Parfum (maybe Jo Malone could pull it off)

That being said, there are a definitely are a few fail-proof ways of pulling off the pumpkin spice trend this season — or at least ones for the less adventurous folks like me. For example: pumpkin spice cocktails. Who wouldn't want to experience an alcoholic version of those blended flavors? Or, you could always try making your own PSLs at home with a few hacks that could result in an even better-than-the-original drink. Sick of the whole craze in any and every capacity? Here are a few fall drinks that could easily surpass the basic bitch of coffee orders.