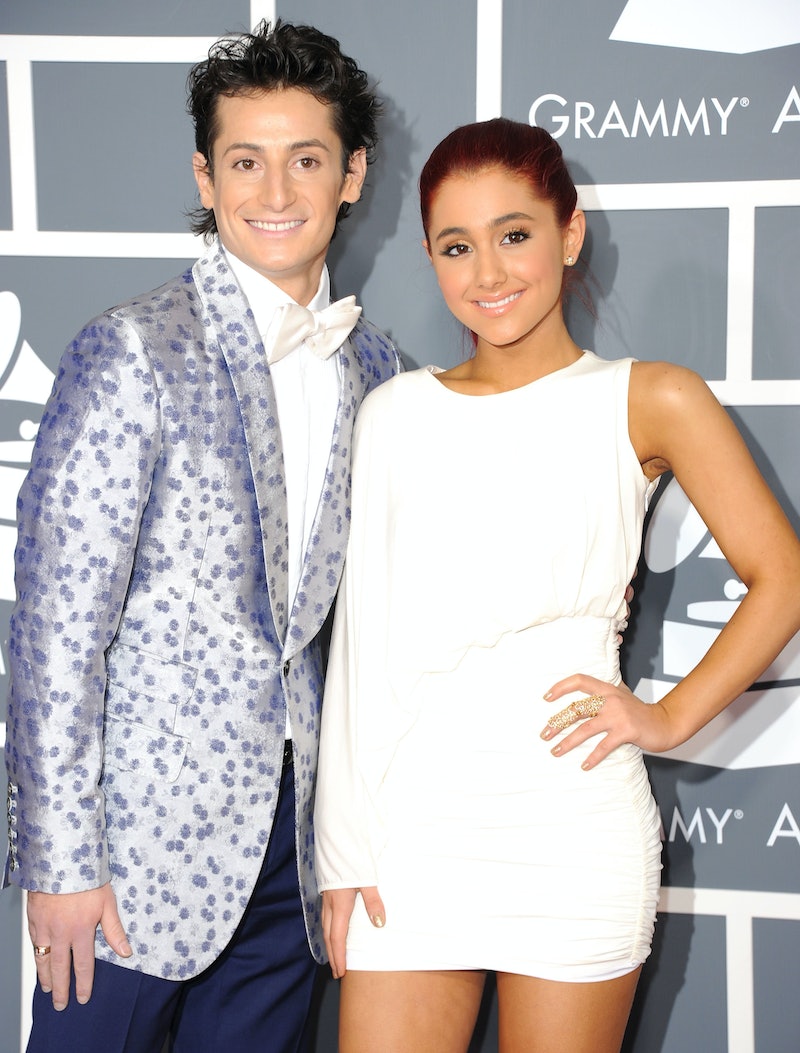 The worst-kept secret of this season of Big Brother was that houseguest Frankie Grande is the brother of superstar Ariana Grande. Not only did Frankie take every opportunity to remind the at-home audience of his famous relation, but he also spilled his Grande secret to his fellow houseguests way before the season even neared its end. So with the biggest night of the season upon us, one has to wonder, did Ariana show up to the Big Brother finale? Well, Arianators, Big Brother fans, and other people reading this post for some reason, it looks like Ms. Grande decided to grace us with her presence.

Even though Frankie wasn't eligible to win Big Brother anymore, his little sister still flew to Los Angeles to support her big brother. Awww, isn't that sweet? I can barely contain my Grande excitement.

For some reason, they stuck Ariana right in the middle of the audience again, a few rows back. Couldn't CBS give the most famous houseguest's most famous sibling better seats? Alas, once the cameras panned over Ariana, she was easy to point out, with her high ponytail in all its glory. She would've seemed just like everyone else in the audience, if we didn't know any better.

And Ariana was sitting with former Big Brother contestants Jeff, Jordan, and Rachel. Be still my Big Brother-loving heart.

Ariana has been very supportive of Frankie's time on Big Brother. She used her celebrity status and rabid Twitter following to help Frankie win votes to become a part of Team America. She shipped Frankie's showmance with Zach. She even tweeted on Frankie's behalf while he was in the Big Brother house so he could maintain his status as a "social media mogul." If that's not love, I don't know what is.

Ariana also appeared in the live studio audience during one of the Thursday night live eviction episodes this season. In a sea of spectators, you could spot that high ponytail peeking out from the audience a mile away.

As we all know, Ariana is one busy lady. This summer alone, she released a new album, was a part of the mega-hit "Bang Bang," this generation's "Lady Marmalade," and may have started dating Big Sean. The fact that she took time out of her hectic schedule to support her brother on a reality show makes you want to try to get adopted by the Grandes, doesn't it?

Although I don't doubt that Ariana and Frankie love each other, I wouldn't be surprised if the producers of Big Brother encouraged these cross-promotional opportunities for the show and for the pop star. The more Ariana was mentioned on Big Brother or tweeted about it, the more viewers the show could have received, not to mention the more publicity Ariana may have gotten, which could have helped her album sales. I've watched too many reality shows to know that there's usually a reason behind seemingly random acts of kindness.

Whatever the cause of Ariana's support, it was always interesting and entertaining to see her pop up on the show. No past Big Brother contestant has been related to someone this famous, so it definitely gave the show's "most twisted summer ever" yet another "twisted" layer. How are you going to top that, Season 17?