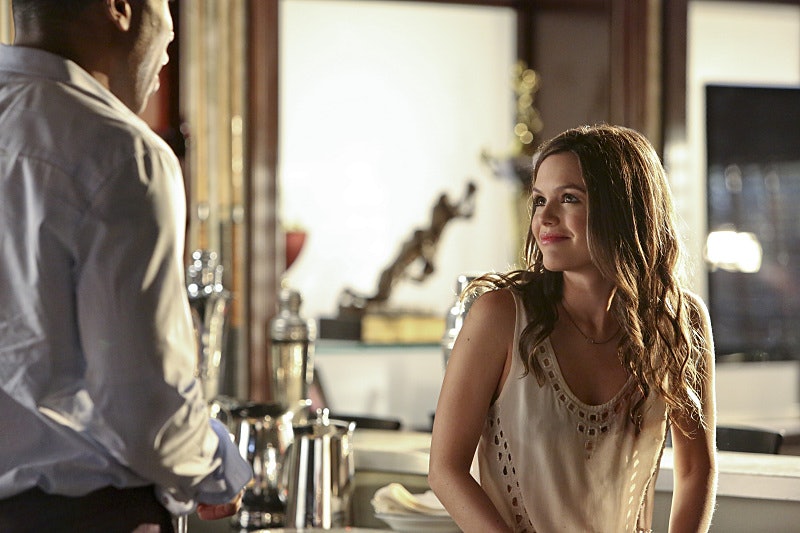 It's the luckiest thing in the world to be a Rachel Bilson fan. OK, that might be a slight exaggeration, but it is pretty damn great to be a Rachel Bilson fan because she's given us two characters that are impossible not to love. Even if we are a little jealous of them at times — I mean, Seth Cohen AND George Tucker AND Wade Kinsella? That's more good looking men than anyone deserves in their lifetime and yet, I love Bilson's characters, The O.C. 's Summer Roberts and Hart of Dixie's Zoe Hart all the more for it. So, with Hart of Dixie Season 4 premiering this winter, now's as good a time as any to look at all the ways Zoe could learn from Summer. Because, well, with Zoe's Season 4 pregnancy on the way, she could use a little help.

Summer Roberts was a great character and a character that clearly grew into something so much bigger than we saw in The O.C.'s pilot. Sure, she was a shallow, Newport Beach, Juicy Couture-wearing party girl, but she had a big heart and she was compassionate and she owned the hell out of her rage blackouts. We saw Summer change for the better so quickly that she became everyone's favorite character on The O.C. (I know, it wasn't that hard considering Marissa Cooper was the worst, but whatever). So, what can Zoe Hart learn from her? Over the past three seasons of Hart of Dixie Zoe hasn't changed much, except maybe that she's adapted a little bit more to Bluebell than when she first arrived.

With the fact that her life is going to change, big time, in Season 4, here are some life lessons Zoe Hart could learn from Summer Roberts. In no particular order:

To Let People Be Themselves

Seth and Summer were more different than any pairing on television — aside from the fact that they were from the same county, these two had basically nothing in common. But Summer didn't try to change Seth and vice versa, they accepted each other for who they were. Zoe and Wade's biggest problem was that she tried so hard to change him and make him achieve things that he didn't want to achieve. Look at how well Seth and Summer turned out when they set each other free to grow up — Zoe and Wade could do well with the same formula.

To Find Her Destiny

Summer left Seth behind, but she knew he was her destiny. Zoe thought her destiny was to be a surgeon in NYC and after she let that go, she never really found another one. Is Wade her destiny? If he is, she needs to work on developing herself more before they can be together. If not, she needs to find what she really wants.

To Get Creative With Romance

The above moment might be the second-most iconic moment in Seth and Summer's relationship (yes, the Spiderman kiss is the number one moment) and it's because Summer got creative. Yes, it was a ploy to get Seth to pick her over Anna, but that doesn't discount all of the effort she put into giving Cohen a gift he would love. Zoe made the grand gesture of professing her love for Wade, but when they finally do get back together, a little creativity would be just the thing to keep that romance hot and heavy.

To Be Herself, Fearlessly

Summer had a point in this conversation about her Brown interview — being yourself is more important than giving the "right" answer, because who you are is the right answer. The best Zoe can do while accepting Wade is to continue to be herself or rather, find herself again. Because she's been kind of lost ever since she came back from New York and that's not good for her or her potential relationship.