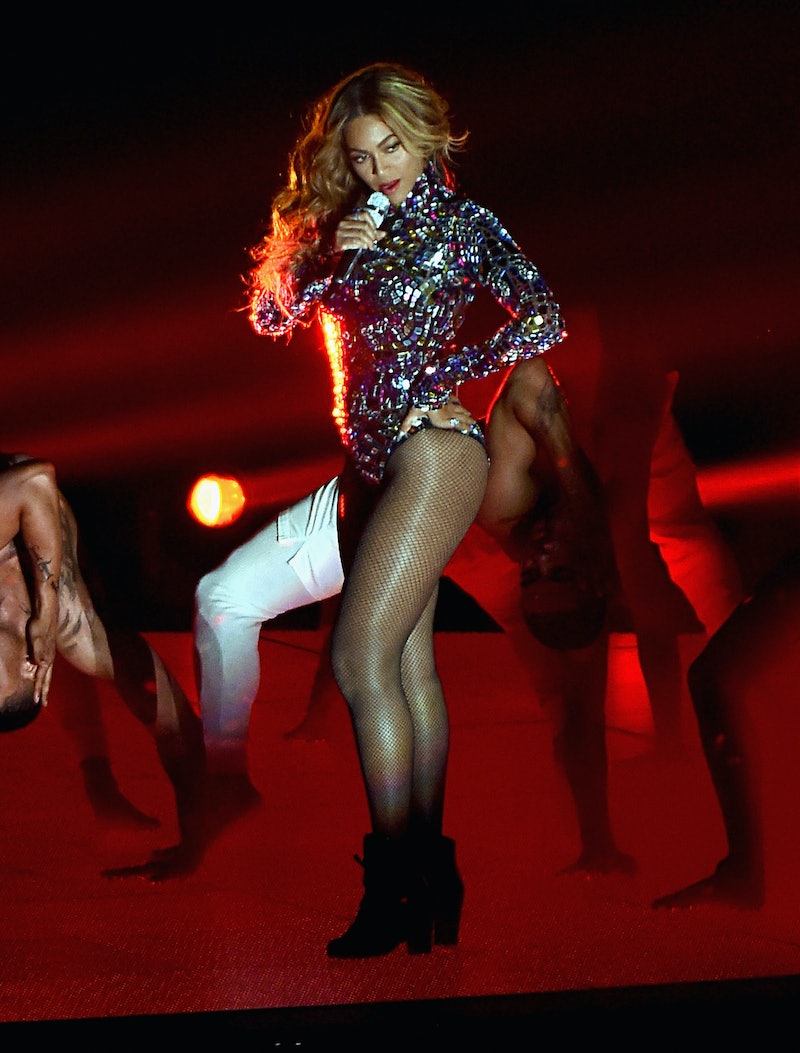 Thank goodness for nude bras. That's probably what she thought after Beyonce experienced a slight wardrobe malfunction during a performance of "Holy Grail" and "Forever Young" with Jay Z at the Global Citizen Festival. Beyoncé's an impeccable artist, so obviously she managed to hold it together even if the defiant buttons on her blouse refused to. True to form, Queen Bey handled the minor mishap like a pro and continued to give her all to the concertgoers. Proving just how much of a badass she is, she managed to hold her top together while executing one of her signature drop it like it's hot moves that I couldn't pull off, not even while wearing the most cooperative of ensembles. Only she knows the secret behind her flawlessness and ridiculous performance prowess. Even Harvard wants to know how Beyoncé does it.

To be fair, Beyoncé's been in the game for quite some time now and she's endured her share of onstage accidents, so perhaps practice makes perfect? Her ability to deal with an unruly shirt with such ease is nothing compared to some the other encounters she's had while performing, like the time she tumbled down a flight of stairs mid-performance, stood back up and instinctively launched into a series of ferocious hair whips. Then there was the time her fan did a little more than blow wind through her hair.

More recently Beyoncé's dealt with a creepy guy slapping her on the butt during a show, and an overexcited fan at her Brazil show who was so enthralled by her presence that he couldn't resist the urge to try and grab her off the stage. Clearly, Bey's a veteran at the peak of her stage game. A little wardrobe snafu? It's nothing.