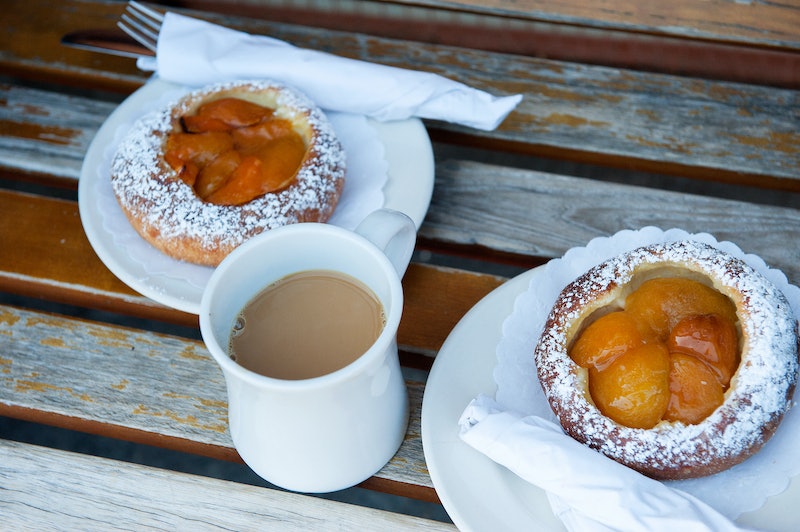 Today may seem like just another Monday to you, but it is, in fact, the most glorious of holidays, and it deserves to be celebrated — September 29 is National Coffee Day. Honestly, I try to make it a point to live every day like it's National Coffee Day, mostly because coffee is without a doubt my driving life force, and if I didn't pay it the respect it deserves (by downing at least three cups before even leaving my apartment in the morning), I'd probably end up spending most of my waking hours stuck in a zombie-like trance, incapable of any kind of human interaction, or, you know, happiness in general. No, seriously. That struggle is real.

I like to think you can tell a lot about a person based on how they like to take their coffee. Personally, I prefer mine black (I'm a simple girl, straight to the point), but there's something dark and mysterious about an espresso enthusiast, something adventurous and care-free about a person who orders the most creative Frappuccino on the menu, something a little, well, basic about the pumpkin spice latte lover (sorry, I said it). But no matter how you like your cup of Joe, know that you, my friend, are in good company: there's a whole network of coffee aficionados out there, and they have a whole lot of things to say about that caffeinated goodness that's in your mug. From Jonathan Swift to Jackie Chan, it seems everyone likes to chime in when it comes to talking about their favorite brew. In honor of National Coffee Day, here are 11 buzz-worthy quotes from famous coffee lovers. Go get yourself a cup of the good stuff and enjoy!

1. "Coffee is a language in itself." — Jackie Chan

2. "We want to do a lot of stuff; we're not in great shape. We didn't get a good night's sleep. We're a little depressed. Coffee solves all these problems in one delightful little cup." — Jerry Seinfeld

3. "To me, the smell of fresh-made coffee is one of the greatest inventions." — Hugh Jackman

4. “I'd rather take coffee than compliments just now.” — Louisa May Alcott

5. "I gave up coffee. It's almost worse than giving up a lover." — Sandra Bullock

7. "If it wasn't for the coffee, I'd have no identifiable personality whatsoever." — David Letterman

8. "That’s something that annoys the hell out of me — I mean if somebody says the coffee’s all ready and it isn’t." — J.D. Salinger

9. "It is inhumane, in my opinion, to force people who have a genuine medical need for coffee to wait in line behind people who apparently view it as some kind of recreational activity." — Dave Barry

10. "Coffee makes us severe, and grave, and philosophical." — Jonathan Swift