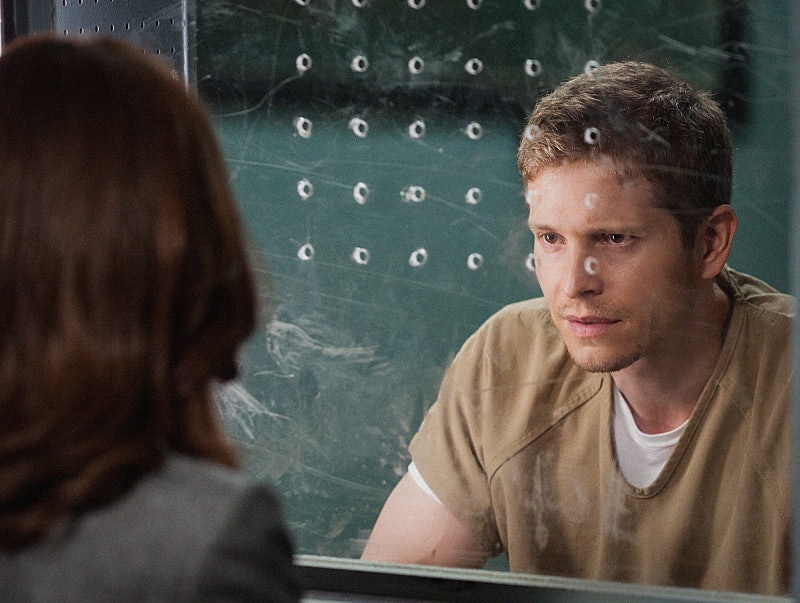 Proving that showrunners Michelle and Robert King don't have any intentions on slowing down their show after a season filled with shocking mutiny and death, Season 6 of The Good Wife opened with Cary Agos being thrown in jail for allegedly telling Lemond Bishop's crew how to smuggle drugs without getting arrested. Although the plot line of Cary's trial is likely to remain a major arc through much of the season, his fans can breathe a sigh of relief: the young lawyer finally made bail at the end of The Good Wife Season 6's episode "Trust Issues."

Though Bishop himself provided the bail money during last week's premiere (through a business associate, of course), prosecutor Finn Polmar was suspicious of the funds — and rightfully so. With that option off the table, Alicia and the rest of Florrick/Agos scrambled to come up with the hefty sum of $1.3 million. Alicia graciously tried to take out a second mortgage on her home, but since Peter is still on the lease (even though he doesn't live there anymore), she needed to get his signature on the forms. Of course, the spiteful governor refused to sign. (Seriously, I just want to wipe that smug look off his stupid face.)

On to Plan C, then. A big Chicago businessman came and tried to hand Alicia a check for the full 1.3mil, but when it became clear that he was only offering because he thought she was running for States' Attorney, Alicia turned it down. Robyn made a very good point: it's only corrupt to take a bribe if Alicia is planning on running. Since she's not, what harm does it do? But Alicia still refused to take the money. Does her unwillingness to take the man's check imply that she's starting to think, even subconsciously, about the possibility of throwing her hat in the ring?

With funds from Bishop, a second mortgage, and not-technically-bribes off the table, things started looking grim for poor Cary. Fortunately, Neil Gross was so impressed with Florrick/Agos' handling of his case this week that he generously offered to give them an advance on his fees... in the amount of $1.3 million. And just like that, Cary was a free man.

This by no means implies that the case against him is over. SA Castro and ASA Polmar are still gunning for Cary, but at least he doesn't have to suffer alone in prison with people threatening to cut off fingers and slicing his palms open. It's a relief to not have to sit through any more episodes with the threat of Cary getting shanked hanging over our heads... although we wouldn't have minded one more scene like this before he got out:

Anyway, Cary was there to greet Alicia when she arrived at Florrick/Agos (actually, Florrick/Agos/Lockhart now), dapper as ever in his well-tailored suit... if still sporting a very felon-like five o'clock shadow. Then we saw the two partners do something they've never done before in five seasons: they hugged.