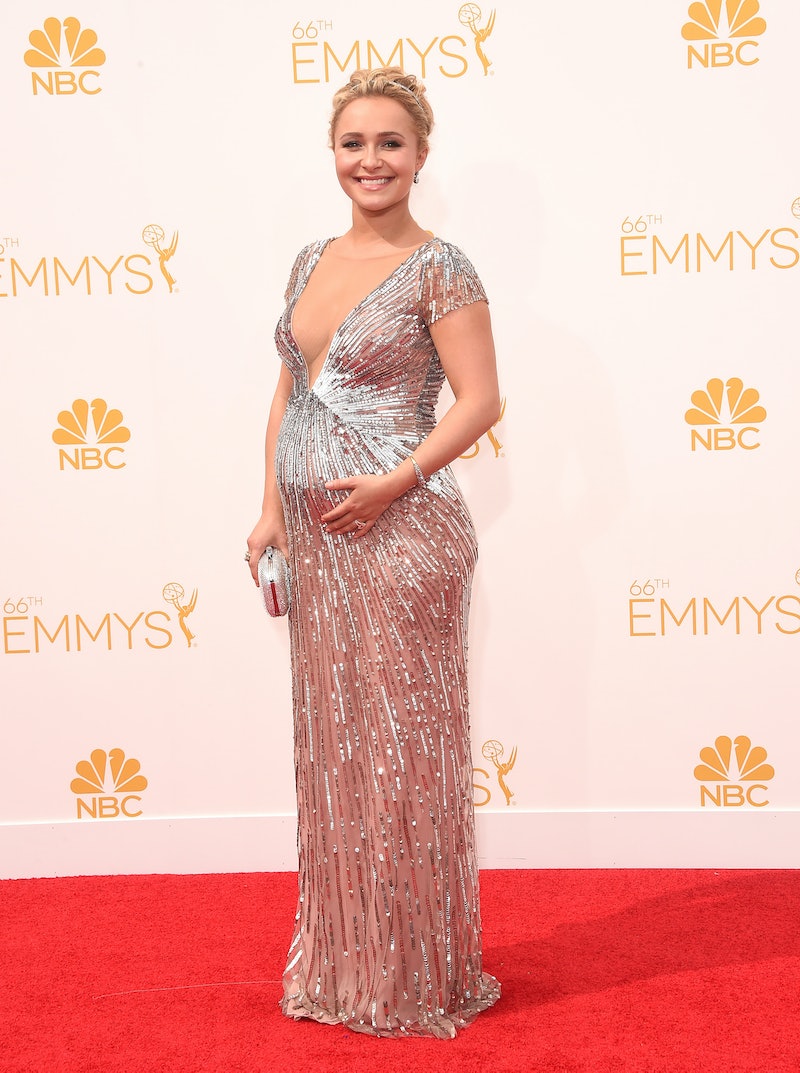 There are so many exciting things happening for Hayden Panettiere lately. Not only has her hit TV show, Nashville, returned for a third season, she's also pregnant (and looking better than I ever will during the whole thing, I might add) and engaged to the man of her dreams, boxer Wladimir Klitschko. So, you may be asking yourself, when is Hayden Panettiere getting married? I think I speak for everyone when I say we're dying to see Hayden in a wedding dress! Although no official date has been made public as of right now, Brides magazine clearly couldn't wait to see the Nashville star in all of her sparkly, white, poofy glory when they made her their April/May cover star earlier this year for an exclusive, "Hayden Happily Ever After" feature.

Panettiere wore a form-fitting gown from Naeem Khan on the cover, and to say she looked stunning would be the understatement of the year. I mean, girl WERKED that dress. On one hand, something tells me she'll want to wear something similar on her real wedding day, which means she'll have to wait for baby Panettiere-Klitschko to arrive. On the other, her dad Alan Panettiere let it slip to In Touch magazine that the couple would definitely be tying the knot before she gives birth, saying, "Their schedules are tight right now. But they're going to work it out."

If her father is right, given the fact that Panettiere is probably going to pop sometime in February, their wedding could be any day now! Then again, there have been a few noticeable speed bumps in the wedding planning process as a result of the fighting in Klitschko's native Ukraine. In an interview with Parade, Panettiere mentioned that, "Everything that’s happening in Ukraine definitely put a hold on things. But we have time."

Unfortunately violence in the conflict-heavy country is still high, so getting Klitschko's folks over could still be an issue. If I had to guess I'd say the height-challenged twosome will wait it out. After all, what Hayden said in her interview with Brides made it seem like they were the real deal, and obviously in no rush.

Keep your eyes peeled for an early 2015 wedding, y'all! Until then, I'll just be over here imagining what Claire Bennet would wear to her wedding. Don't mind me.