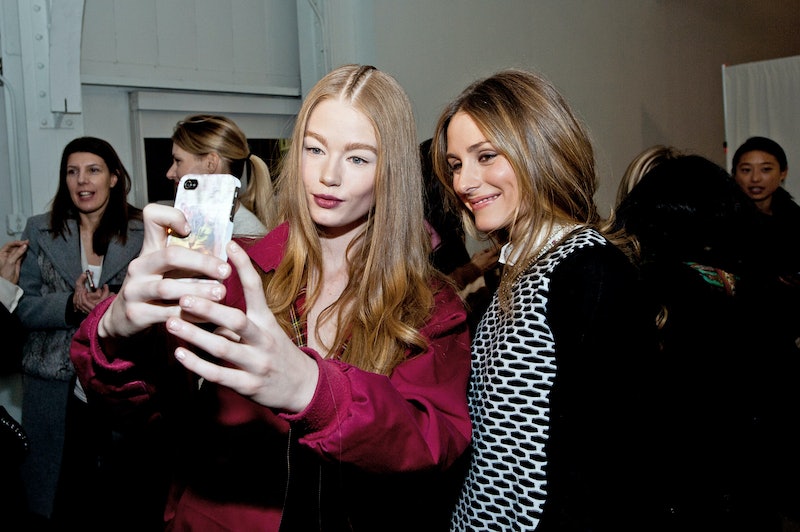 Master the lip pout, find your most flattering filter, and keep snapping those selfies, because as awkward or self-absorbed as they often come across — they may just get you discovered. Recently, Guess found it's newest model on Instagram, joining a handful of other brands, including Marc Jacobs and ASOS, who have recently starting using the social media platform to seek out undiscovered talent. This brings new meaning to #InstagramFamous.

Guess founder Paul Marciano just announced the new Guess girl via Instagram — Simone Holtznagel, a 21-year-old model from Australia. The blondie's bombshell look screams Guess, so I suppose Instagram talent hunting served it's purpose. To be fair, though, Holtznagel isn't exactly your nobody off the street. She's previously signed with various modeling agencies and came in third on Australia's Next Top Model. She said that she uses Instagram as her portofolio, which seems to be a smart tactic as casting directors can quickly scroll through several photographs and see the public's response to them. Based on Holtznagel's 140,000+ followers, it's safe to say her image is already audience-approved. I guess at 172 followers I'm only 139,828 shy of that kind of notoriety. NBD.

But Guess isn't the only brand to utilize the innovative new method of casting. Marc by Marc Jacobs posted its second casting call on Instagram for the 2015 campaign this September. This is the second social-media driven call for the brand, which cast it's Fall/Winter 2014 campaign in the same fashion. The casting received over 70,000 submissions for nine spots. Talk about fierce competition. DKNY's collaboration with Cara Delevingne found its models on IG as well.

It's an intriguing concept, and one that I think could work well for fashion brands. It's one thing to idealize fashion, to see Cara Delevingne or Georgia Jagger rocking a Burberry trench, but at the end of the day, we aren't all 5'10" with flowing blonde hair. Bringing fashion advertising to real girls is something that may help a buyer envision herself in an outfit far easier, driving up sales. But as this is still in the early stages of development, the results have yet to be determined. Now, honestly, do I look better in Valencia or Rise ?