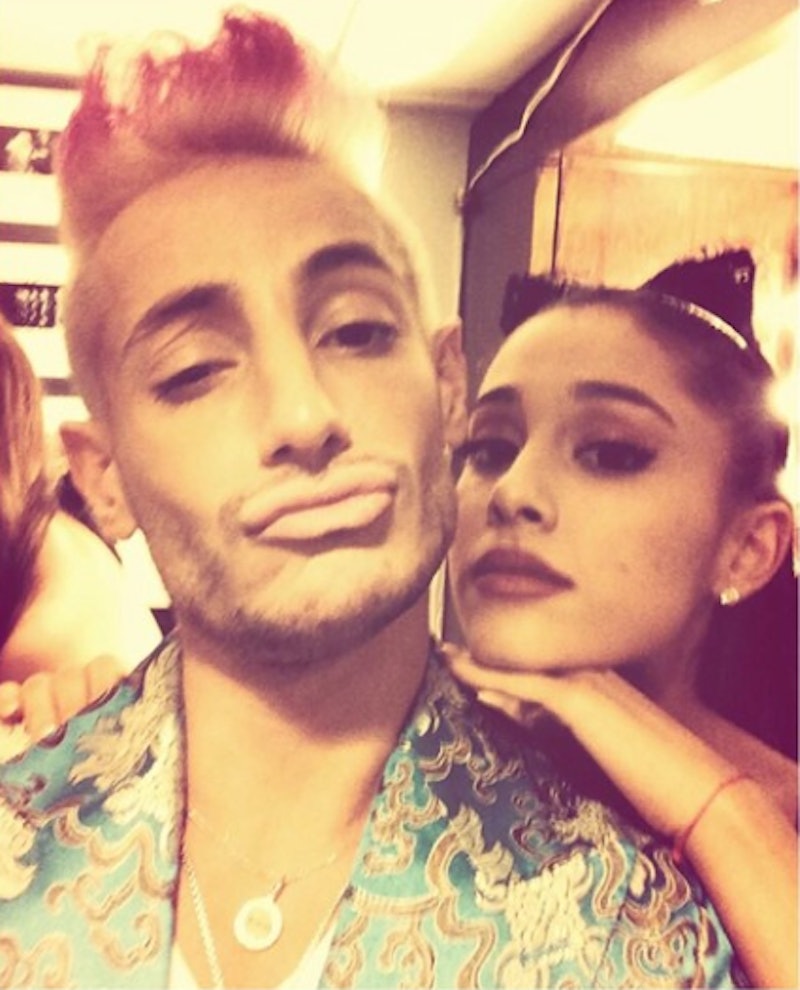 Could there a little bit of sibling rivalry going on between Frankie and Ariana Grande? Because cased on how much support they show one another, they appear to vying for the title of the most loving Grande superstar. From Ariana defending Frankie against homophobic attacks on Instagram and appearing in the Big Brother live audience to support her brother to Frankie showing Ariana love after her breakup, they easily have the best brother-sister relationship ever. The latest move comes from Frankie Grande, who dismissed rumors that Ariana Grande is a diva.

In an interview with Access Hollywood, Frankie spoke on his little sister's work ethic and delivered a really sweet, supportive message that portrays the superstar brother and sister as members of a totally normal, down-to-earth family.

"As an artist and when it comes to her art, she always is the person that knows the most. She's the boss. It's her art that she wants to put out. When comes to ordering people around, that’s not really how we work, that’s not really how our family works. Everyone does their job. We let them do it, we're very grateful for everyone that does their job,

Over the past few weeks, the "Best Mistake" singer has faced accusations that she's a huge diva who only wants to be photographed from the left and treats her fans like crap — even Giuliana Rancic thinks Ariana is a diva. Although the pop singer insisted that none of these things are true, perhaps Frankie's words will help everyone else to focus on what he sees in his little sister."

She is one of the most genuine, talented and hardworking people I have ever seen. I feel like not only has she earned her success, but she so hard working. I'm so proud," Frankie said.

Man, if that doesn't dispel the diva rumors, what will? Amid the feverish speculation over whether Ariana is or isn't a diva, what's abundantly clear is that she has a great support system to help her remain focused on the positive even when others choose to buy into the negative chatter.Images: FrankieJGrande/Instagram