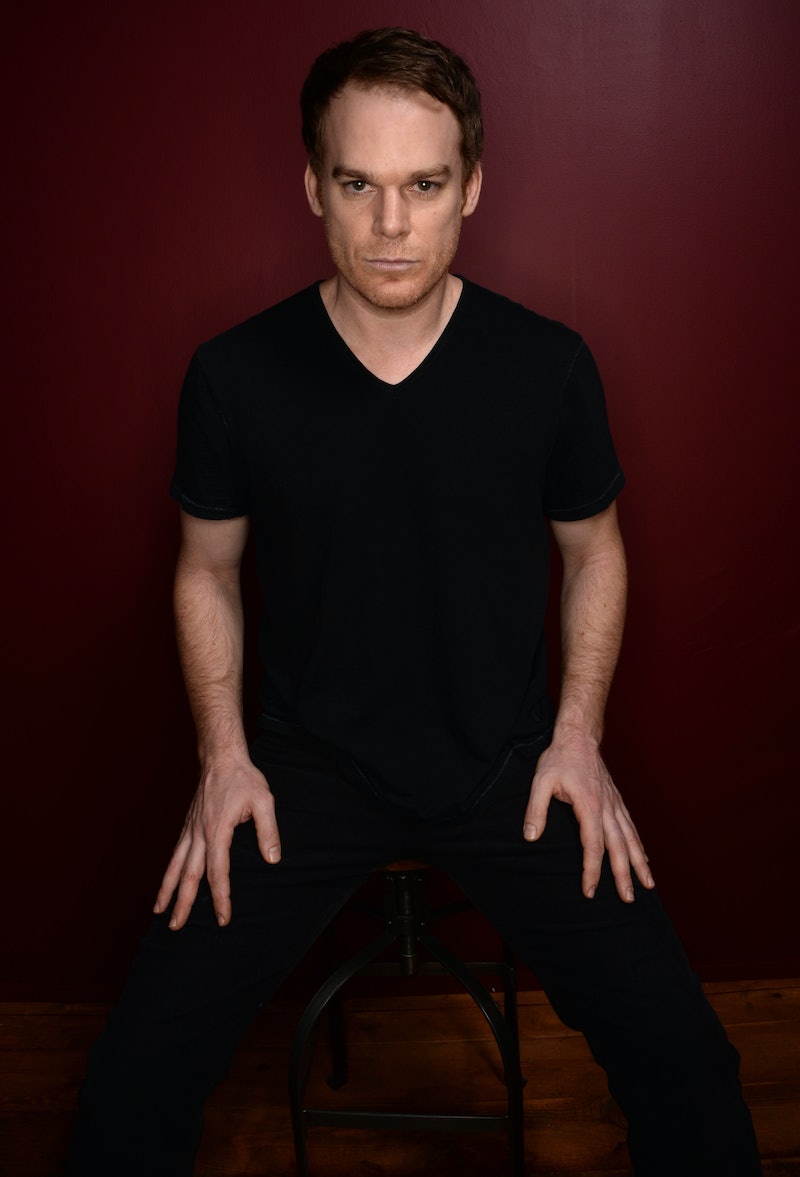 The current Broadway revival of the groundbreaking rock musical Hedwig and the Angry Inch has been killing it when it comes to comes to casting the role of titular East German transgender singer. First there was Neil Patrick Harris, who made Hedwig and the Angry Inch a box office smash and wowed audiences and critics alike, rightfully winning a Tony for his soaring performance. NPH was followed by Girls star Andrew Rannells, who stepped into Hedwig's sky-high platforms and brought a whole new energy to the part. Beginning October 16, Dexter star Michael C. Hall will take Hedwig's wig off of the shelf, and from the looks of things, the smash musical will be three-for-three with brilliant casting.

The first promotional photos of Hall in full Hedwig makeup hit the web tonight and fans of the cult darling will be singing "Sugar Daddy" with glee. Not only does the actor look damn good in Hedwig's glittery shades, but more importantly, he's got the attitude and glare down pat. (We'll still have to wait until Hall's opening night next Thursday to see how he looks in Hedwig's various get-ups, but so far things are looking awfully good.) Check out the photo, which was tweeted out from the show's Twitter account:

For those who haven't been lucky enough to catch Hall in one of his many stage credits (including Chicago), they still got to hear the actor belt out some impressive numbers as David on Six Feet Under . (The Fishers breaking out into song barely even scratches the surface of crazy things that happened in that family, but it sure was entertaining.) Case in point: his heartbreaking rendition of "Some Other Time" from Our Town on the HBO drama.

Bonus clip: the Golden Globe-winning actor once sang a Dexter -inspired version of "Santa Claus is Coming to Town" for Jimmy Fallon.

Michael C. Hall will appear in Hedwig and the Angry Inch from Oct. 16 to Jan. 4. Tickets are on sale now.