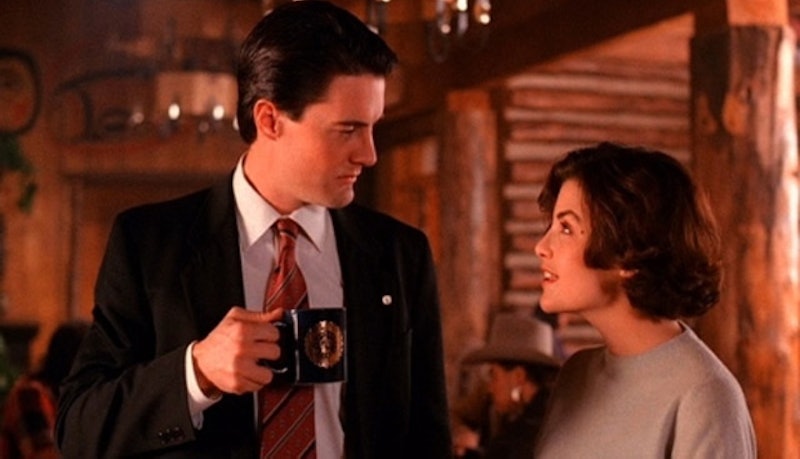 Every so often, rumors start circulating about a particular TV show comeback, and most of the time it turns out to be just that: rumors. Nothing more, nothing less. However, there are a few lucky instances when rumors become reality, which fortunately happens to be the case for the recently announced Twin Peaks revival. Led by the show's original creators, David Lynch and Mark Frost, this 9 episode installment will air on Showtime in 2016 and serve as a present-day continuation of the series, not a reboot. Sounds pretty great, right? That's probably because it is. (The mind reels at the potential possibilities.) I mean, this is a show that's been off the air for almost 25 years now, so the fact that a two-and-a-half-decade old series has the ability to stage such an incredible comeback, gives me serious hope that a revival could be in store for a few other beloved shows that have long since left our television screens.

Even as an adult, I've never been great at handling goodbyes, so now that spin-offs and revivals are becoming more and more common these days (i.e. The Comeback), I think now would be the perfect time to voice what other shows deserve their second chance in the spotlight. Make this happen, networks, and you'll find that a ratings boost will be as easy as cherry pie.

Or should I say Pacey's Creek? Because, let's face it, he's the guy everyone really cared about. I'd personally love to know what he and Joey have been up to since we last saw them over ten years ago. Are they living in New York City? Do they still keep in touch with Dawson? Are they still together? (That last one's rhetorical, of course. Obviously they're still together because Pacey = perfection.)

OK, granted this one would be a little tricky given that everyone died by the end of the last season. But I'd still totally be willing to see what kind of shenanigans these islanders could get into during their time in the afterlife. Plus, the revival could take the entire first season just to explain that finale to us. Which I think we'd all appreciate.

Now that Gilmore Girls is on Netflix, a revival/reunion is pretty much all that I can think about. It's such a great show and there was still so much story left to tell for both Lorelai and Rory. That series finale, in particular, left many things unresolved — Was there a Luke and Lorelai wedding? Did Rory and Jess ever get back together? — so it would be great to catch up with the Stars Hollow gang once more and see what everyone's been up to. And with Parenthood ending after this season, Lauren Graham should have some extra time on her hands. Just saying.

Again, this comeback would prove to be slightly difficult given that Marissa is dead and Ben McKenzie (aka fists of fury Ryan Atwood) is busy fighting crime over at FOX's Gotham. However, it could really just be the Seth Cohen Show for all I care — I'd still be super psyched about it. He was a such a fun character and the role Adam Brody was born to play. It'd be so great to see him as a husband and father aka the new Sandy Cohen.

I fully admit I'd only be invested in the Chuck and Blair part of this story, but given how much I love these two together, it'd be totally worth it. Xoxo

I know the majority of the cast would never agree to this, but it would've felt wrong not to include them in the list. So I figured I'd just throw it out there. When their work life's DOA, this will be there for themmmm (when the rain starts to pour). OK, I'll stop now.