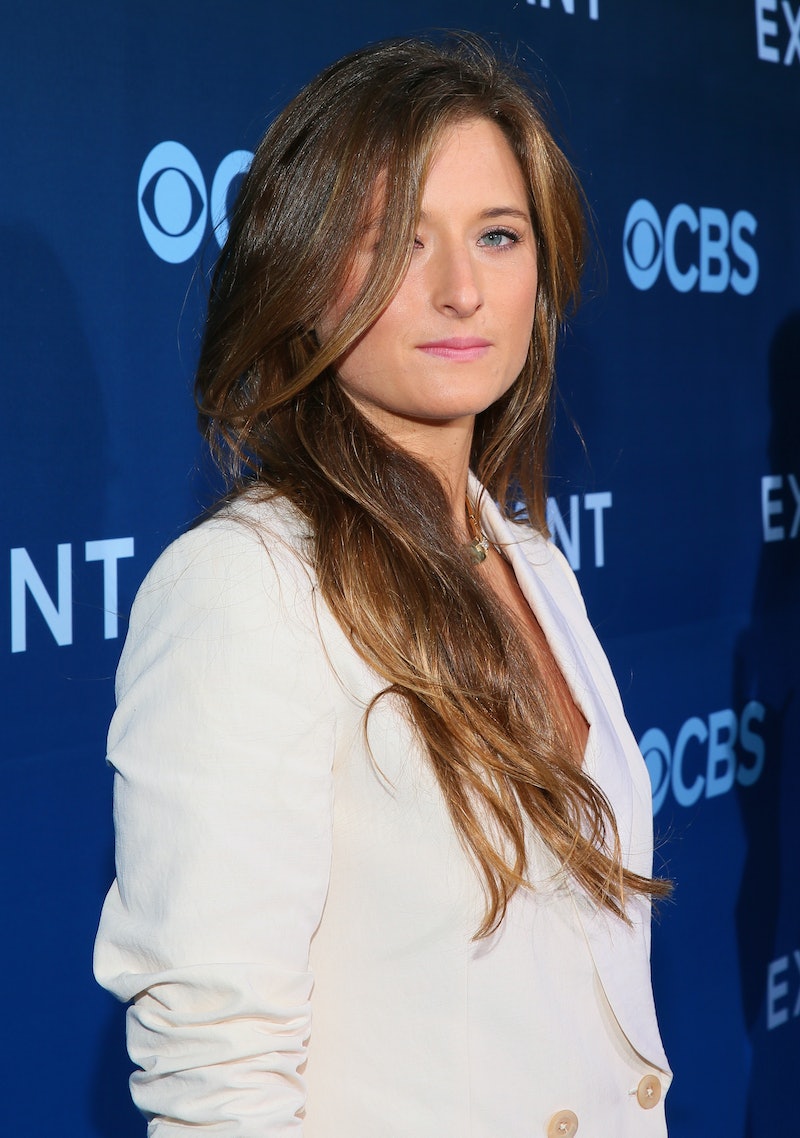 Step right up to American Horror Story: Freak Show where we're going to play a game I like to call: Which Gummer Is That? That's right — the daughter of the incomparable Meryl Streep and husband Don Gummer, actress Grace Gummer is on AHS: Freak Show as "Penny the Candy Striper." This season of AHS will be dealing a lot with "insiders" and "outsiders," and not everyone will be as they seem. Though Gummer is cast as a Candy Striper — probably not the typical Freak Show insider — could she be something other than she seems?

Of course, until we know for sure what she's up to, it's important to remember Gummer's AHS past. She appeared in an American Horror Story: Coven flashback in the sixth episode, "The Axman Cometh." Gummer was Millie, a witch with Divination abilities at Miss Robichaux's Academy in 1919. But there's more to Gummer's resume than bit parts for Ryan Murphy. The child of Meryl Streep can't be just some actress, after all.

But first, make sure you're not confusing her with her sister Mamie. Both are actresses (their younger sister Louisa is a model) and they are very nearly identical. For starters, Mamie Gummer starred in Emily Owens: MD and showed up on The Good Wife and Off the Map. Grace did not.

The sisters also pose together sometimes. That's Grace on the right... I think. Yes, that's her:

Anyway, Grace has got quite the resume:

Back in 2010, Grace Gummer stared in the TeenNick dramedy series Gigantic about young adults growing up in the Hollywood spotlight. Her character Anna Moore was the daughter of a famous movie star — though perhaps without the acclaim of her real-life mother. In addition, Gummer played daughter to a theatre producer (played by the drink-tossing Anjelica Huston, also an Academy Award winner) in a few episodes of NBC's musical drama Smash. And because playing two daughters of famous people wasn't enough, she also took on the role of Patricia Clarkson's daughter in the 2014 film Learning to Drive.

She Has Her Own Series

Gummer starred in her own web series Paloma on the channel WIGS. You can watch the whole series right now, or as a palette cleanser to help you sleep better after watching Freak Show. And as an added bonus for women doing awesome things in entertainment: the series was directed by Julia Stiles. And despite the assumptions that come with the term "web series," WIGS is really committed to high quality stuff. Good going, Gummer!

She Stopped By The Newsroom

Last summer, Grace Gummer played Hallie Shea on The Newsroom. Shea was a freelance journalist and love interest to Jim Harper on The Newsroom, the HBO series "bestowed upon us" by Aaron Sorkin. (Shea also shared an Alma Mater, Vassar, with Grace, her sister Louisa, and Streep.) These two kiddos met in the most romantic place on Earth: Governor Mitt Romney's 2012 Presidential Campaign. Jim got both of them kicked off the press tour bus and thus a weird long-distance Skype relationship was born. She's likely to return for the final season as well so get ready, Jim and Maggie 'shippers. Or don't, if you're like me and care much more about Sloan than those dorky kids and their fumblings.

Finally, Mumblecore fans will recognize Gummer as Greta Gerwig's friend and dance coworker "Rachel" in Frances Ha, the independent film directed by Noah Baumbach. (It's on Netflix, if you haven't seen it yet.)

Gummer is typically such a breath of fresh air, I'm frightened just by the prospect of her appearing in American Horror Story: Freak Show. Perhaps I should have watched the sci-fi CBS series Extant, in which Grace Gummer played the assistant to a robotics engineer to prepare. That's pretty far removed from showbiz and lightness, don't you think?