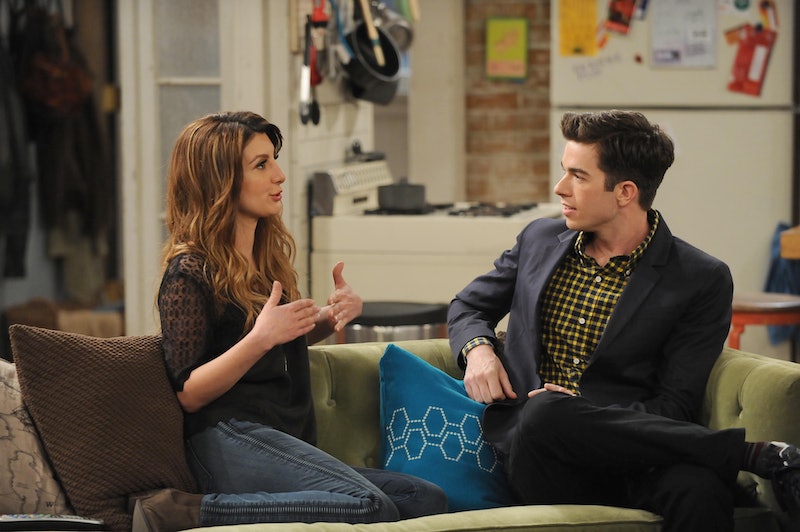 Sometimes, television pilots aren't good. As you've probably heard, the pilot episode of Mulaney wasn't all that great. I didn't even think it was that great, and I am a Mulaney-groupie (I mean, I almost took a three-hour bus ride a week ago to see him do standup for a hot second, then I remembered I'm terrified of buses). We really can't hold the entire show to the standards set in the premiere, because supposedly the show gets better. Considering Mulaney has a 15-episode order, the folks over at Fox think that it gets better, too. However, it's hard not to already point out issues with the show, and one of them falls on the problem of Nasim Pedrad's roommate Jane. Unfortunately, in the pilot, she's given the shtick as the "crazy ex-girlfriend," which is a shame because Pedrad is hilarious and can play much more than a crazy ex-girlfriend.

Jane is actually a personal trainer, which you probably didn't know because it's never mentioned in the pilot (but the character description on the show page states that she is). The pilot also doesn't do a very good job of establishing her as a well-rounded character — heck, none of the characters are really established. But with Jane she's given one little quirk, and it's the fact that she's reading her ex's emails, and then she steals the flowers she planted for him and "crazy calms down, but a Problem Bitch is forever." I'm nervous that quote is going to end up on real-life T-shirts. I'm nervous that we're a few episodes away from Jane developing crazy eyes.

Still, once again, I really need to reiterate that I love Mulaney, and I see promise for his show, but it has to come from all aspects of his show, Jane included. It's as if the writers were trying to do something different with her character, but stopped short of ever fully setting it up. Jane could easily fit into one of the already established tropes that we see on TV, which wouldn't necessarily be a bad thing. They just needs to pick one — and "crazy" is not a good one. Pedrad's Jane could easily segue way into becoming the next Penny from The Big Bang Theory — a down to Earth girl surrounded by eccentric guys? Yeah, I'd watch that show. Jane doesn't need to be a standup comedian like the rest of them, but she does need something to do other than stalk exes. From the pilot, that's literally all we know about her.

There's also the great standup bit involving Delta Airlines. Yes, it's a long joke about flying, but it ends with Mulaney's realization that his then girlfriend (now wife) makes his life so much easier. There's already a wealth of great material in his standup about women — and not crazy women. Mulaney is clearly pulling from his routines for his show, and doing that for Jane honestly wouldn't be a bad thing. The jokes are already there! He just has to use them correctly.

Mulaney, I hate to be the one to tell you this, but you are teetering very close to the edge of cancellation and it pains me to say that. While your standup might not mesh together well for a sitcom, the basis for Jane could easily come from jokes you've already made. Jane could easily become the kind of girl you accidentally chase through a subway station. And I bet she'd have a lot of (funny) things to say about that.