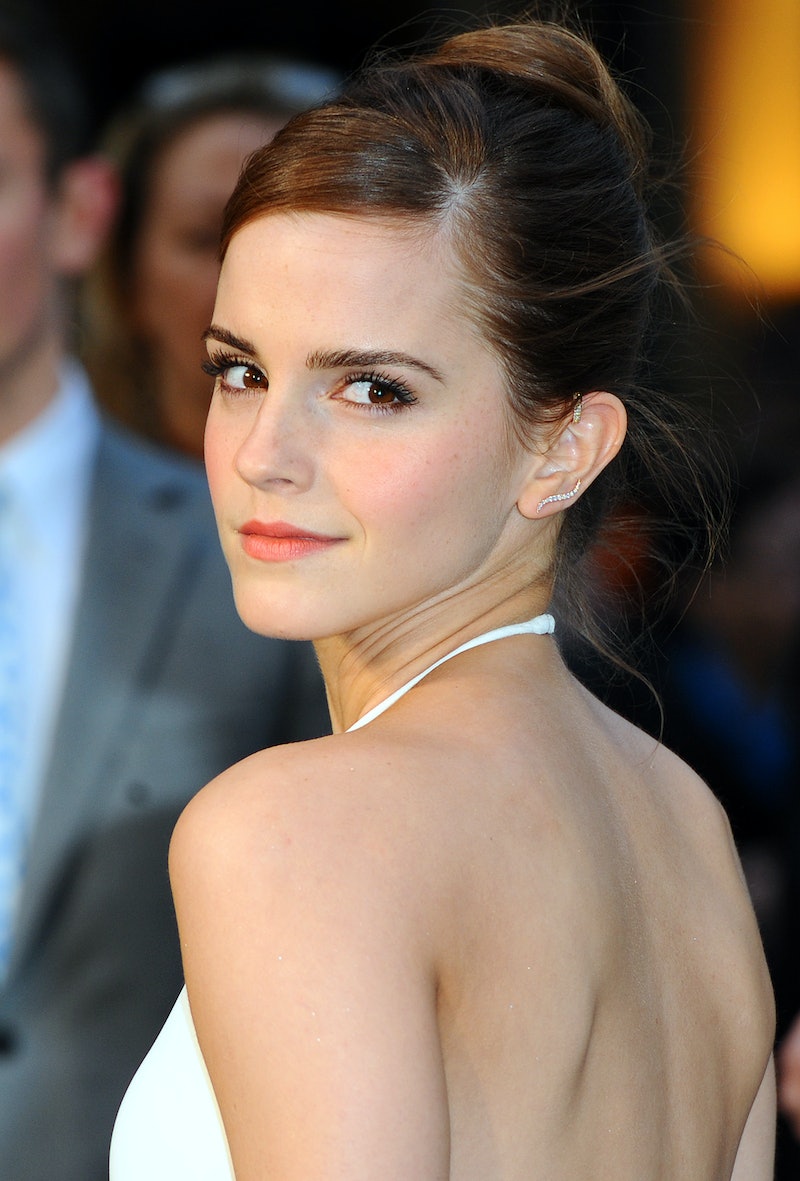 Let's face the facts: Emma Watson is a total catch. Not only did she manage to go from tiny Harry Potter star to stunning young starlet while managing to bypass any awkward teenage years, she also became an inspiring role model for young women everywhere. Her speech made to the UN on behalf of the #HeForShe campaign, which promotes gender equality, was just the latest wonderful Watson act to catch our eye and remind us that this 24-year-old is a total feminist queen. Not to mention, she's a goodwill ambassador for UN Women, a Brown University graduate, and incredibly rich and famous to boot. We know so much about how Watson is making waves on- and off-screen, but we don't know much about the lucky young man who has captured her heart. We need to talk a little about Matthew Janney, Emma Watson's beau of over a year.

Any man who dares to date Watson would need to be a serious contender for best person in the universe because let's be real, that's who she deserves. He's not a celebrity, so he already has that going for him, but what else do we know about him? Let's all take the time to get to know this 22-year-old who dares to sweep our beloved Hermione off her feet.

Not only does Janney attend one of the most prestigious universities in the world, he plays rugby for them! Rugby is basically the more intense version of American football, so this guy has got some nerve.

2. He supports the #HeForShe campaign

He's got his girl's back when it comes to gender equality. And it looks like his teammates are also on board. It's also worth mentioning that I'm all #SheForTeam right now, because rugby players are QT.

We are thrilled to bits that he is seeing Emma Watson. We are looking forward to meeting her soon. Hats off to her for finding such a wonderful young man. There is nothing bad anyone could say about Matt. He is absolutely lovely.

Nothing wrong with a supportive mama, but did she really need to talk to the London Evening Standard about it? Well, at least we know she thinks highly of him... and is probably a Harry Potter fan.

According to his LinkedIn page, he's getting a BA in Modern Languages focusing on French and Russian. Yes, I looked up his LinkedIn. I'm also impressed that he has a LinkedIn.

It was reported that Watson and Janney moved in together in early September after pictures surfaced of the couple moving items out of Watson's London home.

It takes a bold normal person to step up to the dating-a-celeb plate, so I've got to give Janney kudos on his fearlessness. Among all of her other great qualities, Watson also seems very level-headed. If she's giving Janney a pass, I say we should too.