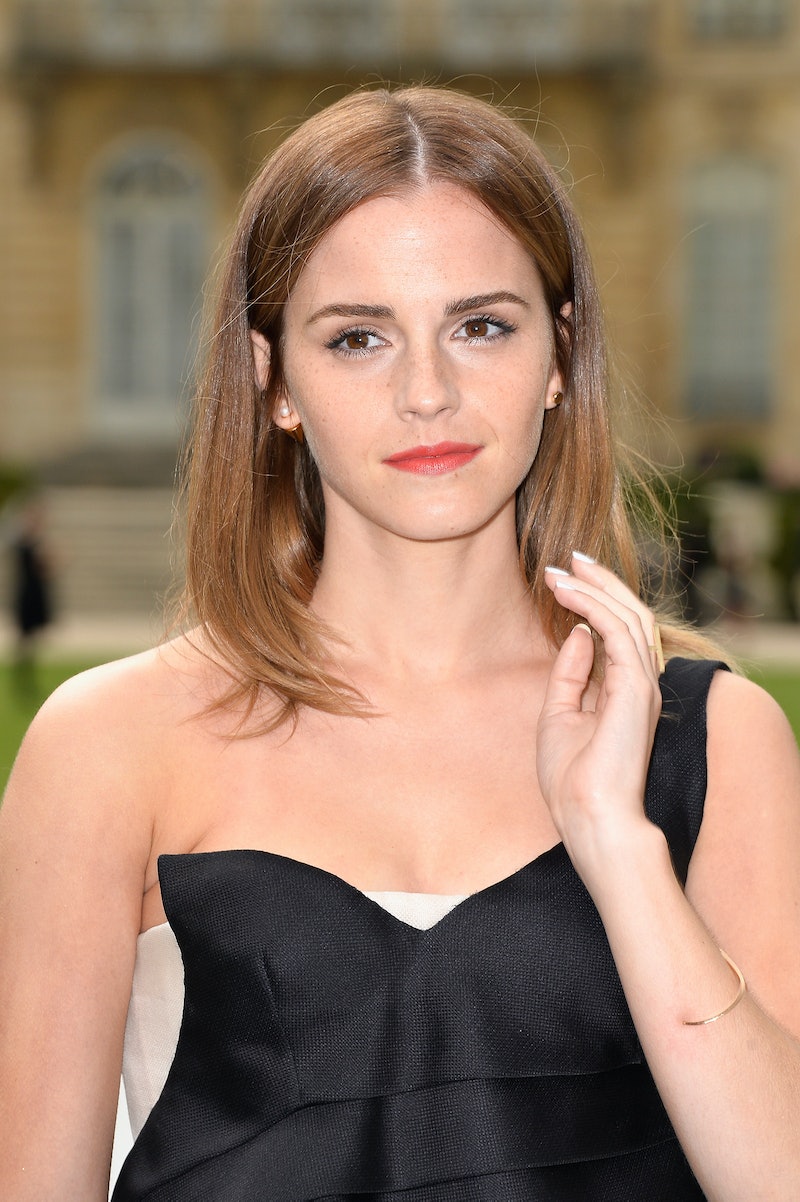 One of the best things about Emma Watson is that despite being a huge celebrity, she stays humble and acts like a normal 24-year-old. Well, if you look past the fact that she starred in our generation's most beloved movie series. She'll basically be Hermione forever, but that's not exactly a bad thing. Anyway, she showed how normal she was when she attended college like an ordinary student. Tying into this idea of normalcy, Emma Watson is dating Matthew Janney. Oh, you don't know who that is? That's because he's not a celebrity. He's an Oxford student/rugby player.

According to reports, things are getting pretty serious, and Watson and Janney recently moved in together. If that is true, good for them. I recommend she checks out this handy Bustle list of 19 things that happen when moving in with your boyfriend. I'm sure it will help her realize what to expect. You're welcome, Em!

While Watson insists on keeping her private life private (which is totally respectable), I've got to wonder how these two met. After all, they certainly didn't meet on the red carpet. And hmm, I don't think he went to Hogwarts. The most likely explanation is that Watson met Janney when she was studying abroad at Oxford. (Yes, England is her home country, but as a Brown student, technically she was still studying abroad.) According to E!, Watson attended the annual rugby match between Cambridge and Oxford and is also said to have attended a post-match party at a bar in East London.

Other than that, there aren't too many details available on Watson and Janney's relationship which is why I've decided to put my imagination to good use. Since these two met in a way that fits right into the world of Harry Potter (just trade out rugby for Quidditch), let's try to figure out how things may have gone down.

She really wasn't a fan of sports

In fact, she brought a book with her

Then there was part of the game that intrigued her

One of the athletes, Matthew Janney, especially caught her attention

He smiled at her & appreciated her saying he played great

They hugged it out

And the rest is history!

Maybe it didn't go down quite like that. I mean, they probably just chatting over a beer. But it's much more interesting to imagine it this way, right?

More like this
Daniel Radcliffe Is Shirtless In The New Trailer For His Weird Al Yankovic Biopic
By Jack Irvin
What Is Jeanie Buss' Net Worth? The Lakers President Is Uber Rich
By Hugh McIntyre
Lisa Marie Presley Reviewed Baz Luhrmann’s ‘Elvis’ Movie On Twitter
By Grace Wehniainen
Elizabeth Olsen's Chris Evans Friendship Update Was Accidentally Hilarious
By Grace Wehniainen
Get Even More From Bustle — Sign Up For The Newsletter