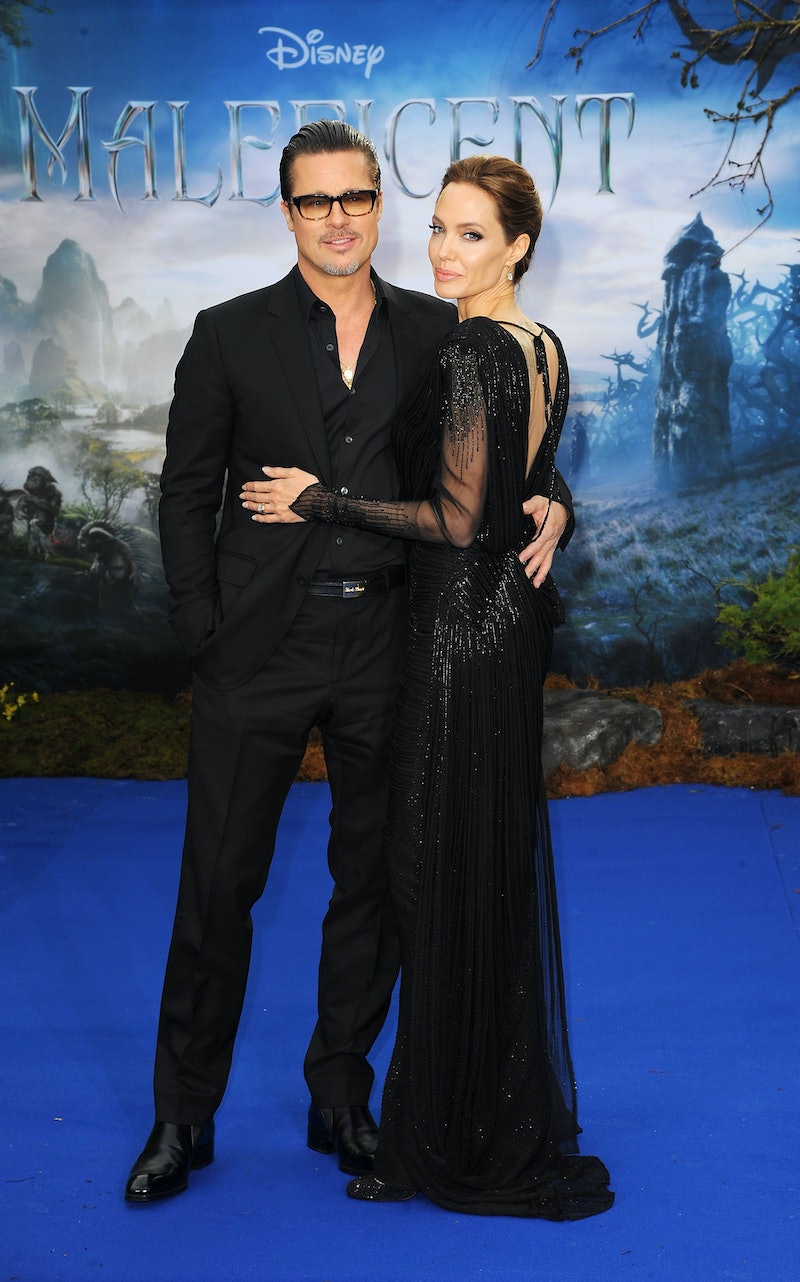 Brad Pitt and Angelina Jolie may have exchanged vows in a super secret French wedding ceremony, but one thing the handsome actor isn't concerned about keeping under wraps is his undeniable support for his wife. On Thursday, the couple and their six children arrived in London where Jolie was named an honorary dame by Queen Elizabeth II. Adding to all the royal fuss, the actor placed his wife even higher on an adorable pedestal when Brad Pitt donned a T-shirt bearing Angelina Jolie's Maleficent character. Sure it's a really subtle gesture, but seriously, could this couple get any cuter?

Believe it or not, the answer is yes. Pitt's generally scruffy, furrowed-brow appearance had me convinced that he wasn't necessarily the mushy type and honestly he doesn't look all that cuddly in this photo, but seeing him rock this T-shirt with no shame definitely proves otherwise. It makes a great addition to the By the Sea actor's growing collection of original, family-oriented attire. Back in July, the 50-year-old stepped out in a T-shirt that featured a sketch of him holding hands with Pitt, a drawing presumably created by the couple's daughter Vivienne.

Thankfully, this type of artsy, fashionable support appears to be somewhat of a routine in the Jolie-Pitt household. The couple's highly anticipated wedding photos show the actress wearing a unique Versace dress her children helped design.

Check out Pitt showing Jolie some Maleficent-style love in the photo below.