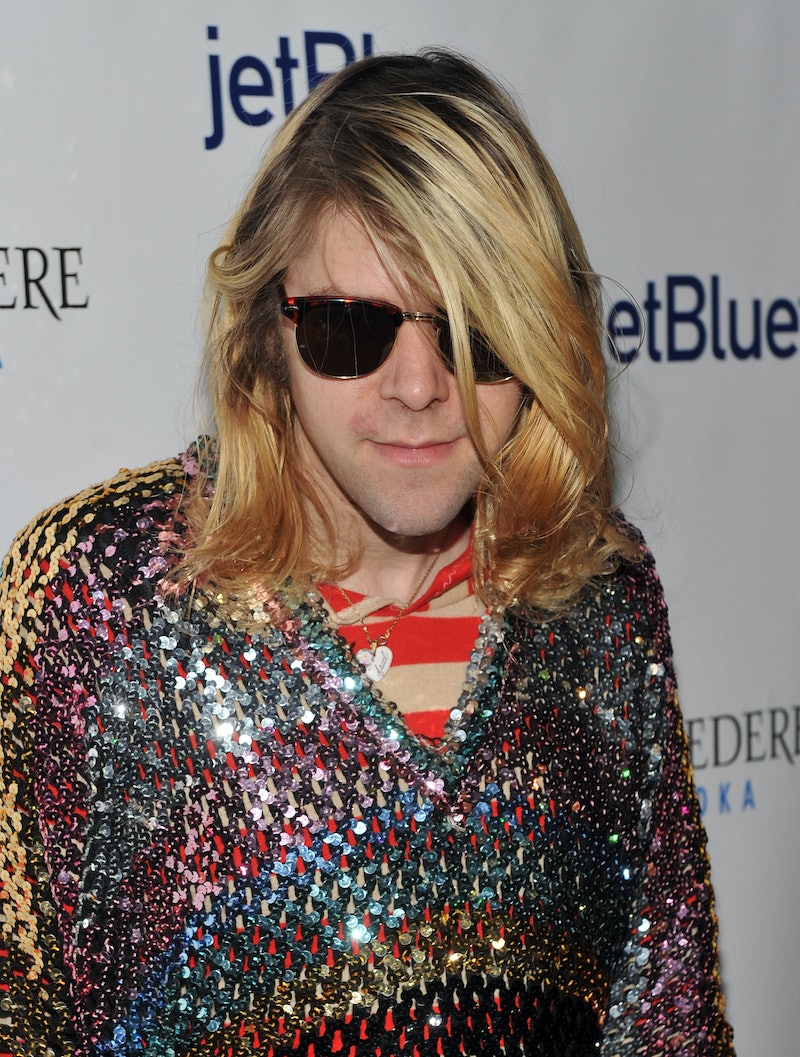 It certainly doesn't seem like indie rocker Ariel Pink thinks much of Madonna or her music career. In a new interview with Faster Louder, Pink said that Interscope Records asked him to write songs for Madonna's new album. From there, he went on to insinuate that the 56-year-old pop music icon hasn't released a decent album since her self-titled debut in 1983 (he has to be kidding, right?), and that he's basically been brought in by her record label in an effort to save a sinking ship (I'm paraphrasing). Um, wow. Though I think that Pink is unnecessarily shady and unfairly dismissive throughout the interview, believe it or not, he actually does make a few good points.

For example, Pink opened by saying:

Interscope are calling me to help write Madonna’s record. They need something edgy. They need songwriting. She can’t just have her, Avicii, her producers or whatever, come up with a new techno jam for her to gyrate to and pretend that she’s 20 years old. They actually need songs. I’m partly responsible for that return-to-values thing.

Are you starting to understand where I got the whole "Here I come to save the day!" vibe from? It leaves a bit of a bad taste in your mouth, doesn't it? Still, Pink's right: Madonna can't just nab some of the hottest producers in the music industry (Avicii, Diplo, Blood Diamonds, etc.) and call it a day. She needs to take the time to write songs that she truly cares about — not just throwaway dance tracks that'll get people moving (though there's a time and place for that kind of music, too). I'm not sure that I would characterize thoughtful songwriting as a "return to values" for Madge, as I think that she has a number of great songs in her catalog — but that's just one of the areas where Pink and I disagree.

Talking about the type of song that he'd like to write for Madonna, Pink said:

I guess it’s called "throwback," but the first record [1983’s Madonna] was so good because of the songs. It’s been a downward slide [since] … Ray of Light is not cool. And all the other stuff she’s done after that, it’s not like it matters. It really shows a drain of values. People need more substance in their mac-and-cheese. People need more sugar or something.

Where to start? First of all, does Pink actually believe that Madonna has been on a "downward slide" since 1983? What about Like a Prayer, Music, or Confessions on a Dancefloor? Second of all, let me get this straight: Pink honestly thinks that Madonna, an album that contains infectious but vapid hits like "Lucky Star" and "Holiday," has more substance than Ray of Light?? Whoa.

I don't know that we'll ever see eye-to-eye there, but again, beneath the thick haze of shade, Pink does make a valid point: Madonna's new music needs stronger songwriting and more substance than what we heard on her last studio album, MDNA (just take a listen to "Superstar" if you don't believe me).

Speaking of MDNA, Pink had this to say about why he thinks that the album didn't perform well:

It’s not because of her age. It’s because of the things that she thinks she needs to do to stay in her narcissistic domination of the world. Which is totally hers to have. But it’s about not just being a yes person. I’m sure Interscope signed her like, "Okay, the last record didn’t do so well. We gotta do something about this. We’re gonna get all new songwriters together and we’re gonna try to come up with this thing. ’Cause she needs help with this." And she’s happy to let them do that for her.

I've said it before and I'll say it again: Sometimes, Madonna does seem like a bit of a narcissist — and that can be a major turn-off for some people. Also, in the past, she probably has been too concerned with "staying relevant," seeking out high-profile collaborators like Justin Timberlake and Nicki Minaj when she should have just been focused on putting out a great album — but I would argue that her actions are a response to ageism in pop music. It's not easy for a woman in her 50s to score a hit on Top 40 radio today, and Madonna knows that.

My hope is that if Madonna focuses on making the music that she really wants to make (as opposed to just jumping on "what's hot") and having fun, commercial success will follow. Of course, making sure that her new music is marketable is still important, but it shouldn't be the only thing that matters.

I'm definitely curious to hear Pink's contributions to Madonna's new album — that is, if he's still working on it after this new interview makes the rounds.