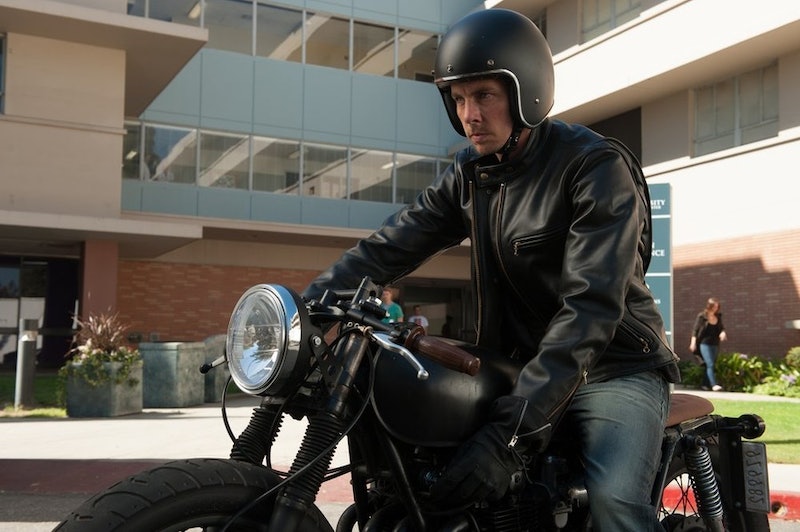 Rather than giving fans the bittersweet feelings that usually come with saying goodbye to a beloved TV series, watching the sixth and final season of Parenthood has been nothing but stressful. Ever since Monica Potter confirmed that one of the Bravermans will die, causing the season's big "challenge," every episode has felt like a ticking time bomb as fans just wait to see who it will be. It was widely believed that Zeek would be the one to die, since he's been established as having health problems and his death would undoubtedly affect every other character's lives in profound ways. But after he elected to have open heart surgery and survived the procedure last week, I think Zeek is safe and an even more heartbreaking tragedy is heading our way. I believe — no, I fear — that Crosby will be the one to die.

Trust me, I want me to be wrong too, but I think his fate was sealed as soon as he got into that motorcycle accident last week (which means yes, we can blame his potential death on the insufferable Oliver Rome). Bustle's Alanna Bennett also thinks that Crosby's accident showed that he has a much higher likelihood of death than most of the other Bravermans. It's not that the accident was foreshadowing his death, but actually caused it. Think about it. Why else would Parenthood randomly show Crosby getting into an accident that he survived?

When I first saw his motorcycle hit the ground, I thought that was it. As they were all celebrating Zeek surviving his surgery, the Bravermans would be horrified to learn that Crosby was also admitted to the hospital for critical injuries. But nope. He stood up, brushed himself off, and got back on the road. When he returned to the hospital, he didn't mention the crash to anyone, but was visibly limping as he hugged Adam. To show that he's hurt means that Crosby's crash wasn't a red herring, it was plot set-up.

I might not have any actual medical knowledge, but I do have a worry-prone mom and if she taught me anything, it's that concussions are not good. I don't understand exactly how they work, but I do know that they cannot go untreated (and that allegedly if you have one, you can't play basketball for six weeks). When Crosby got into that accident, he might have hurt himself internally and by ignoring that injury, he's only going to make it worse. Within the next few episodes, we might see Crosby suddenly collapse to the ground, or take a nap that Jasmine cannot wake him up from. Obviously, the death of Crosby would be completely soul-shattering and something that neither the Bravermans nor fans deserve to go through. Here are a few specific reasons why doing this to us would be downright cruel of Jason Katims.

In the Parenthood pilot, Crosby meets five-year-old Jabbar for the first time. Over the course of the first season, the father and son continue to grow closer, and Crosby laments missing out on the first five years of Jabbar's life. But luckily, they have the rest of Jabbar's childhood to make memories together, and Crosby won't have missed a moment of his and Jasmine's second child Aida's life... unless he dies.

If Crosby dies, both Jabbar and Aida will lose their father at very young ages. It would be absolutely heartbreaking to see Jabbar lose Crosby only a few years after becoming a part of his life. It might be even harder to see Aida lose him before she is old enough to have any memories of him. If you were worried about having to see the grown Bravermans' reactions to losing Zeek, just imagine how devastating it could be to watch Jabbar going through Crosby's death. I'm already crying.

If Crosby were to die, not only would Jabbar and Aida lose their father, but Jasmine would lose her husband. Sure, the couple has had their problems (you know, like Crosby cheating on her with Max's behavioral aide), but they got through it and fell in love. What started as a one-night stand became a co-parenting relationship, then a romantic relationship, then co-parenting again, and finally a happy, loving marriage.

Crosby, the Braverman who seemed like he would never settle down and shied away from all responsibility, fell in love with Jasmine and suddenly matured — in the important ways. They may fight, but the two really do complement each other perfectly and it would be awful for Jasmine to suddenly lose Crosby less than three years into their marriage. It would also leave her with two young children to care for, one of whom would be grieving too.

If there's one thing six seasons of Parenthood have taught us, it's that the Bravermans are one tight-knit family. Even when they fight or disagree, they still care about each other, and will always be there if someone needs support. Crosby is the youngest Braverman. He may have grown up a lot, but his parents and siblings will always see him as the baby of the family. Losing him would shatter the entire family dynamic and affect all of his siblings, their spouses, and their children in huge ways.

Who would Adam bicker with and hesitantly accept help from? Who would share Sarah's pain of never being trusted with important things? Who would reassure Julia when she's doubting herself? Who would be a funny but non-judgmental source of advice for Haddie, Amber, and Drew now, and eventually Max, Sydney, Victor, Nora, and Amber's baby? Do you see how long this list of people who would be devastated by Crosby's death is becoming?

How would Adam run the Luncheonette without Crosby? How could he even step foot inside the recording studio they run together? It would just be filled with now painful memories of the Braverman brothers working side by side. It would also be difficult for Amber, who seems to have finally found something she loves to do. While Adam and Amber might be capable enough to run the business without Crosby and hire another engineer, I don't think they would want to. Crosby's dream would die along with him, and it'd be another punch in the gut for Parenthood fans.

He's the Smash of Parenthood

Think about it. Both the Friday Night Lights and Parenthood characters aren't exactly the main characters of the series, but are completely vital. They have their own significant storylines, hugely impact other characters, and though they can provide a much-needed laugh in a serious episode, they also bring depth to dramatic plotlines. Both are reformed womanizers, who have a tendency to make jokes that make you laugh and roll your eyes at the same time, deeply care about their families and friends, can bounce back from mistakes and hardships, and though often not taken seriously by others, always disprove anyone who underestimates them. Couldn't you see Smash trying to convince Jason to open up a sports agency with him despite Jason's doubts, the way Crosby tried to convince Adam about the Luncheonette?

And yes, Smash eventually left Friday Night Lights, but it was on an extremely positive note and made sense for his character's future. We may not have seen him again after Season 3, but we heard that he was doing great things on his college's football team and could be happy to know that he was achieving life-long dreams. I don't even want to think about what it would've been like if Smash had left in a sad way.

But the most important part about Smash leaving FNL was that Katims gave him one of the best sendoffs in TV history. It was the last time we got to see the core Panthers just hanging out together, before they all eventually went on to the next chapters of their lives. It was the goodbye he deserved.

Crosby deserves a beautiful goodbye too, not a sudden death used to give Parenthood's final season direction. Let him survive the final season and have his version of Smash's final scene — all of the Bravermans crowded into the Luncheonette recording studio, singing something silly while Crosby smiles and watches from the booth as the final credits roll.