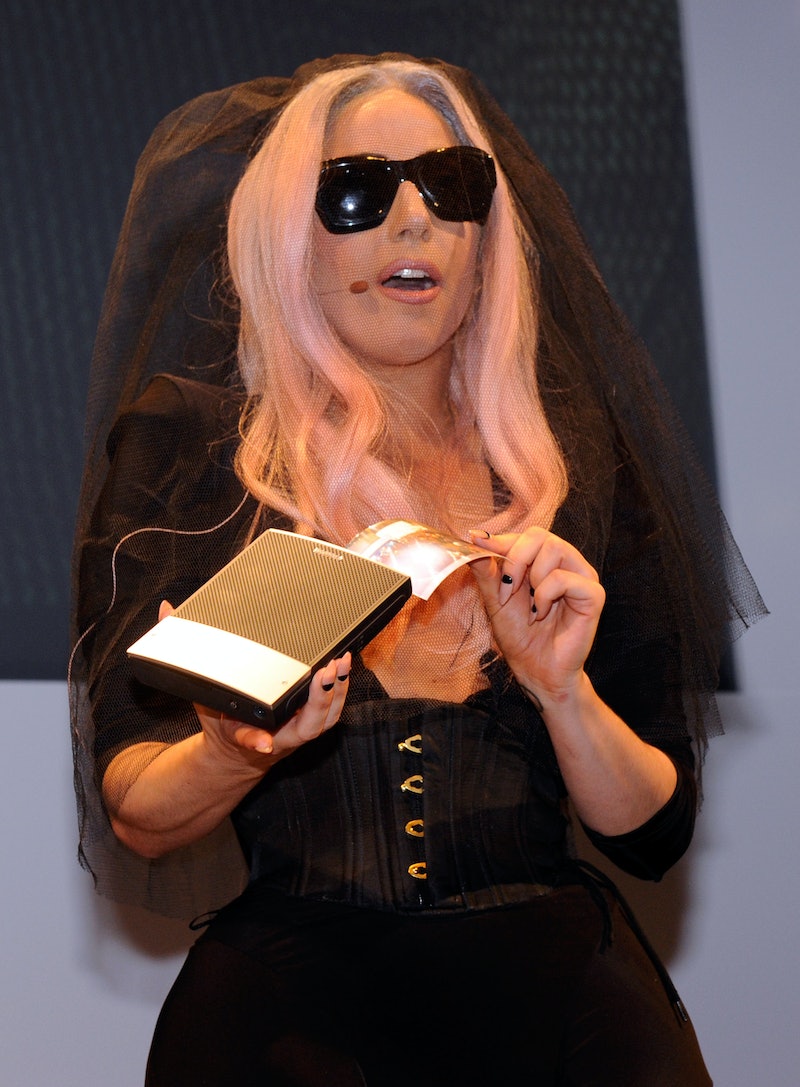 When it comes to celeb romances there are the ones that make so much sense, like Angelina Jolie and Brad Pitt, and the ones that make you go, "How in the hell does one even date someone who owns that many wigs?!" like the relationship between Lady Gaga and Chicago Fire star Taylor Kinney. Frankly, any relationship involving Lady Gaga would be surprising because she's Lady Gaga, but Kinney is just so... comparatively normal. Still, I love the idea that Gaga is just a regular gal behind all the accouterments with a regular, Instagram-able relationship. And apparently, the pop star and the actor are pretty fond of their relationship too because, according to a report from The Daily Star, Lady Gaga and Taylor Kinney held a commitment ceremony in New York City.

But don't get too riled up! Lady Gaga IS NOT MARRIED. At least, not that we know of. Reportedly, Lady Kinney (they need a couple name...) held the event at Gaga's family's restaurant, Joanne Trattoria. According to a source who spoke with The Daily Star,

They don't have time to plan a wedding, so they decided they would have a small gathering to show the people they love most how committed they are to one another. It was just for her family and a few close art and designer friends. Taylor's mum Pam was there too. She flew in with one of his brothers.

Gaga and Kinney getting married without telling the world isn't an issue — if they wanna make things official, they can go for it — the thing that can't be missed in this situation is an actual wedding because a Lady Gaga wedding can go one of two ways and both of them are amazing. Either it would be the craziest wedding pop culture has ever seen, complete with musical performances, no less than six costume changes, and a possible surprise appearance from that vomit artist. Or, it would be completely toned down and normal, and people would get to see the side of Lady Gaga that loves wedding Pinterest boards and DIY projects using Mason jars. It's a win-win situation, really.

Luckily, it sounds like a wedding is in the future. The Daily Star's source said, "They will get married properly next year, when they have time to plan a wedding."

So I say, prepare yourselves now. If I was to sum up this wedding using only references to celebrity weddings of the past year, I'd say this thing is going to have the extravagance of the George Clooney-Amal Alamuddin nuptials, the secrecy of the Pitt and Jolie wedding, and wasted potential for being televised of the Kimye ceremony. Get ready.