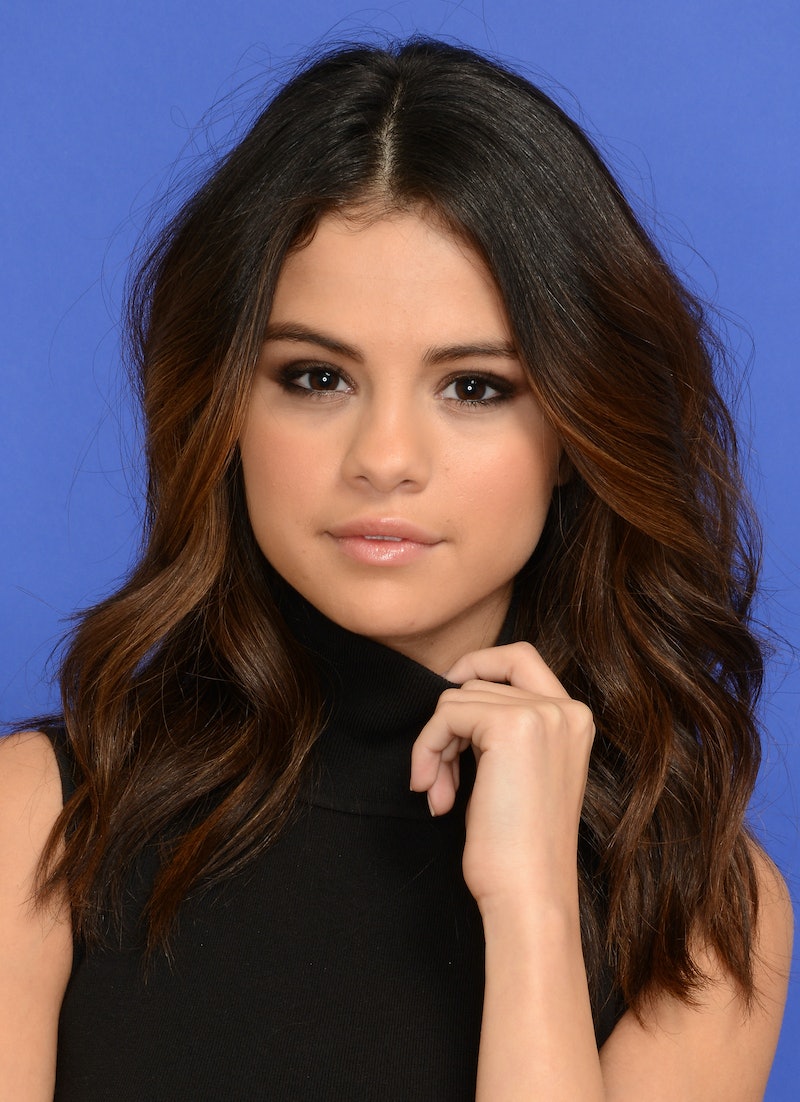 As we all know, Selena Gomez got her big break as a Disney star. She's has had success with movies and music, but she honestly has not reached the superstar status that she could reach, even with the high profile in the tabloid scene she's gotten from her relationship with Justin Bieber. Enter Kris Jenner, momager to the Kardashian-Jenners. Kris Jenner is now said to be Selena Gomez's manager. Dun-dun-dun.

Each one of Jenner's children has had success with multiple business ventures, magazine spreads, public appearances, and more thanks to her support and ingenuity. While Jenner is a polarizing figure, you cannot deny that she is a smart woman. It is very evident that she knows what she's doing when it comes to navigating the fame game in Hollywood.

As expected with anything Kris Jenner related, there are already negative rumors swirling around her professional pairing with Gomez. For instance, according to OK Magazine, Kris Jenner advised Selena Gomez to get plastic surgery and work on getting a "Kate Hudson six-pack." Aside from the fact that OK isn't the most reliable source, Selena Gomez is smoking hot, so other than telling her to maintain that perfection, I doubt Jenner sees any flaws there. Second, I think that the momager has way more valuable advice to dispense. She birthed six successful moguls so I imagine that she has some better things to say. My mind can envision the nuggets of wisdom Kris Jenner would share.

Kris Jenner knows the benefit of making everything a family affair. Her family has joint clothing lines, stores, beauty products, TV shows, books, photo shoots, and charity events. People love families. We love to gossip over the scandal, yet "aaawww" over the cuteness. Selena Gomez's little sister Gracie is only one year old, but I'm sure Kris Jenner could think of a creative way to get her involved.

Get on a Reality Show

A big part of the Kardashian-Jenner success is that their fans really feel like they know the sisters well. Through Keeping Up with the Kardashians, we have a learned a lot about their family and we all have a sibling who we identify with. Gomez tries to keep pretty private, but doing a reality TV show or even a mini-series of interview specials would be a great way to open herself up by connecting fans on a more personal level.

Aside from the multiple TV series, the Kardashians share a lot of their lives through social media. They are all heavily active on Facebook, Instagram, and Twitter. This keeps them in the public eye and helps control the content that their fans talk about. Gomez pretty much only uses her Twitter account to link to her Instagram posts. She should take a cue from the Kardashian-Jenner playbook and say more to her fans.

Be Careful With Justin Bieber

Did you think this was going to be a Gomez article that didn't bring up Justin Bieber? Laughable. As long as these two are in and out of romance, their relationship will be talked about until one of them starts dating someone else. Well even then, it will probably still be talked about. Jenner has partied with Justin Bieber and posed for Instagram pictures with him. On top of this, he seems to be friends with her daughters Kendall and Kylie Jenner, so it does seem like Kris Jenner is a Belieber. Still, I'm sure she would advise Gomez to focus on herself and not center her thoughts around a boy and this inconsistent relationship. She needs to work on Selena before she can work on Selena and Justin.

Try Hanging Out with Some Rappers

Kim Kardashian is married to Kanye West. Khloe Kardashian just ended a relationship with French Montana. Kylie and Kendall Jenner hang out with Jaden Smith, Tyga, and Chris Brown. Even Kris Jenner herself has partied with The Game, strictly as friends, but it counts. Hanging out with a rapper could be a great crossover collaboration for Gomez's social game. She does not have to date a rapper, but maybe she needs to step away from the pop scene and try something different. She can even include a rap verse on her next single.

Build a Brand Around One Letter

As a Kardashian fanatic, I automatically spell the names "Khloe" and "Kourtney" with K's now. I try to be punny by describing the Kardashians as a "krazy" family. All of the girls in the family have "K" names and they market their brands and products with this now powerful letter. Gomez should jump on the alliteration bandwagon and start marketing products around the letter "S."

I would love to be included in a business meeting with Jenner and Gomez because I honestly think that Jenner could dispense some sound advice. She definitely has the knowledge and experience to take Gomez's career to the next level of success.